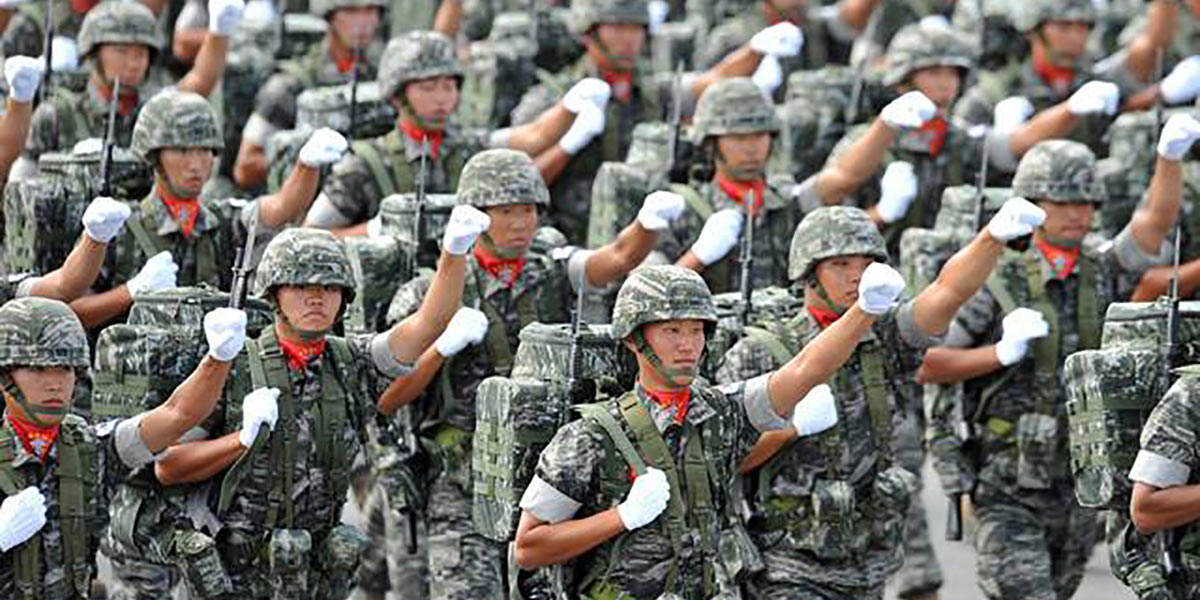 Amnesty International has called for the devastating ban on consensual sex between gay soldiers in the military in South Korea to be abolished.

While homosexuality is legal in South Korea, same-sex relations are outlawed in the military. Article 92-6 of the country’s Military Criminal Act punishes sexual relations between men in the military, either on or off duty, with up to two years in prison under an “indecent acts” clause.

Considering that military service of 21 months is mandatory for all men in the country, the impact of the ban is huge. A new report by Amnesty International has revealed the damage that criminalising consensual same-sex activity in South Korea’s military has on LGBTI people.

“South Korea’s military must stop treating LGBTI people as the enemy. The criminalisation of same-sex sexual activity is devastating for the lives of so many LGBTI soldiers and has repercussions in the broader society,” said Roseann Rife, East Asia Research Director at Amnesty International.

“This hostile environment fosters abuse and bullying of young men who stay silent out of fear of reprisals. It is long overdue for the military to acknowledge that a person’s sexual orientation is totally irrelevant to their ability to serve.”

The report highlights incidents in which gay soldiers were subjected to physical violence, including rape, and humiliation. Soldiers who spoke to Amnesty International said they experienced intimidation, violence, and isolation as a result of the criminalisation of sex between men in the military.

The abuse is usually portrayed as punishment for soldiers “not being masculine enough”, “signs” of which include walking in an “effeminate” manner, having fairer skin or speaking in a higher-pitched voice.

Since 2017, after military authorities aggressively pursued an investigation to identify and punish soldiers suspected of having sex with men, more than 20 individuals were charged for having same-sex sexual relations.

“These outrageous prosecutions represent only a fraction of the damage that criminalisation inflicts on perceived and actual gay men,” said Rife. “The military code does more than legislate against particular sexual acts; it institutionalises discrimination and risks inciting or justifying violence against LGBTI people inside the military and in wider society.”

The fear of reprisals deters many victims from reporting violence in the military, especially when it is carried out by those of a higher rank. This enables a culture of impunity to prevail in which perpetrators go free and the victims are punished, said Amnesty.

South Korea’s Constitutional Court is currently considering again whether the criminalisation of same-sex sexual activity by military personnel is constitutional, having ruled three times since 2002 that it is.