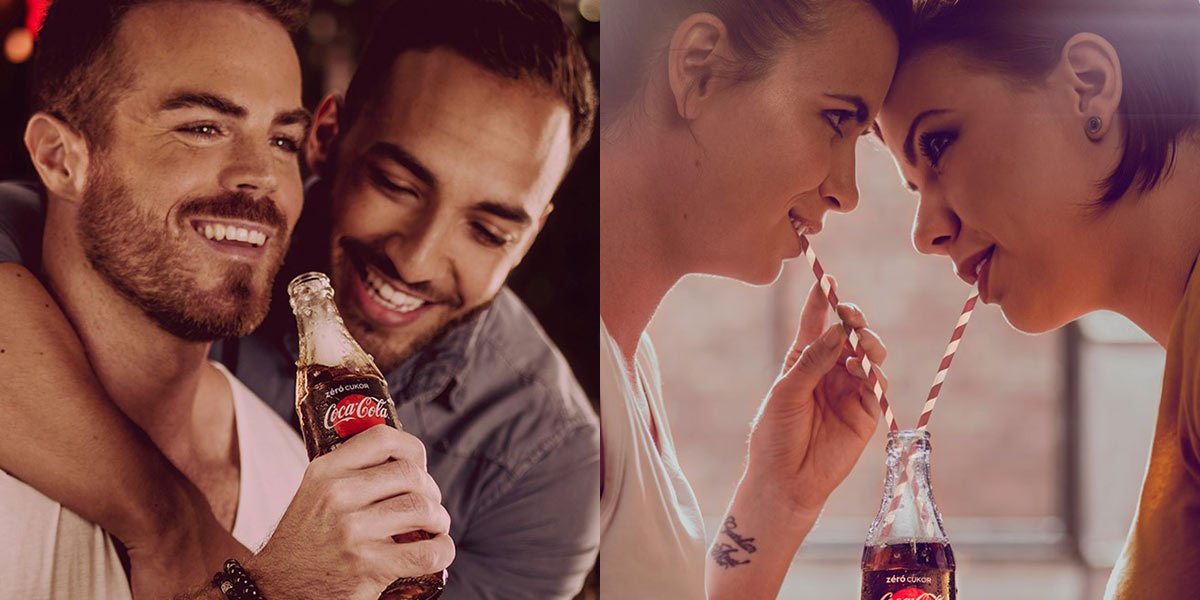 A series of Coca-Cola adverts promoting LGBTQ inclusion in Hungary has been attacked by conservatives, but the company won’t back down.

Posters with the ads have been placed in public spaces, including train and bus stations, in Budapest to support a local festival. The images were also posted on the company’s Facebook page.

The #Loveislove campaign has angered conservative groups and a leading member of the ruling right-wing Fidesz party, István Boldog.

Boldog slammed the campaign on Facebook and called for a boycott of the soft drinks company. “Until they remove their provocative posters from Hungary, I will not drink their products! I’m asking everyone!” he wrote.

An online petition demanding the removal of the posters has also been supported by more than 32,000 Hungarians. “The homosexual content advertised on the posters threatens public morals, as homosexual relationships run counter to natural moral law, and the family as the basis for the nation’s survival,” states the petition.

It urges the Mayor of Budapest, among others, “to keep the phenomenon of homosexual lobbying within limits so as not to jeopardize public morals, and in particular to misrepresent young people and gender.”

Coca-Cola has responded to the furore by continuing to fully support the campaign. “The Coca-Cola Company strives for diversity, inclusion and equality in our business, and we support these rights in society as well,” a spokesperson told CNN in a statement.

“As a long-standing supporter of the LGBTQI community, we believe everyone has the right to love the person they choose. The campaign currently running in Hungary reflects these values.”

Homosexuality is legal in Hungary and same-sex couples are given some protection and rights through registered partnership laws. The country’s 2012 Constitution, however, restricts marriage to only being possible between a man and a woman. Efforts to pass Russian-style legislation banning “the promotion of sexual deviations” have thus far failed.

In 2018, the Hungarian production of the Elton John stage musical Billy Elliot was cancelled after a homophobic newspaper article accused the show of being ‘gay propaganda’. While not technically banned, the show’s run was cut short after ticket sales collapsed in the wake of the controversy.