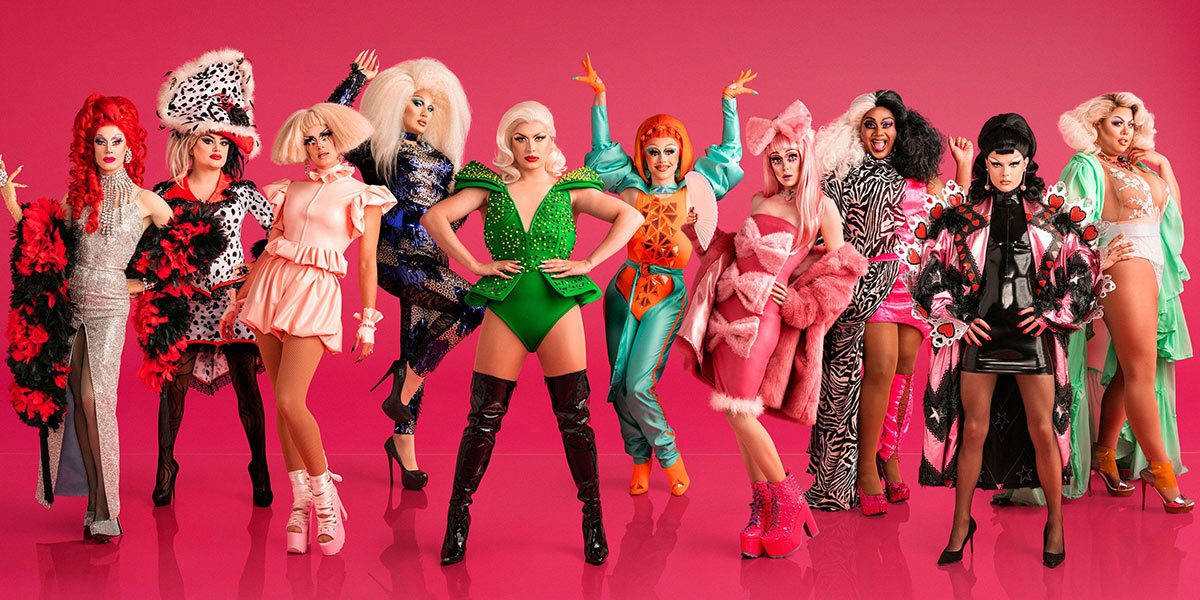 The ten beautiful drag queens who will be competing for the title of the UK’s first RuPaul’s Drag Race superstar have been ru-vealed.

Handpicked for their huge slaying potential by Mama Ru herself, this eclectic group of queens are the perfect showcase of what the UK drag scene has to offer.

“Each of the UK queens is so unique, so courageous and so special. I can’t wait for the UK – and the world – to fall in love with them the same way I did,” says RuPaul.

The US Series of RuPaul’s Drag Race is a cult global phenomenon and since the announcement of the first UK adaptation of the show there has been frenzied fan speculation about the line-up.

Guest judges in the UK series will include Geri Horner, Andrew Garfield, Cheryl and Twiggy. The judging panel will feature host RuPaul herself as well as the likes of Michelle Visage, Alan Carr and Graham Norton.