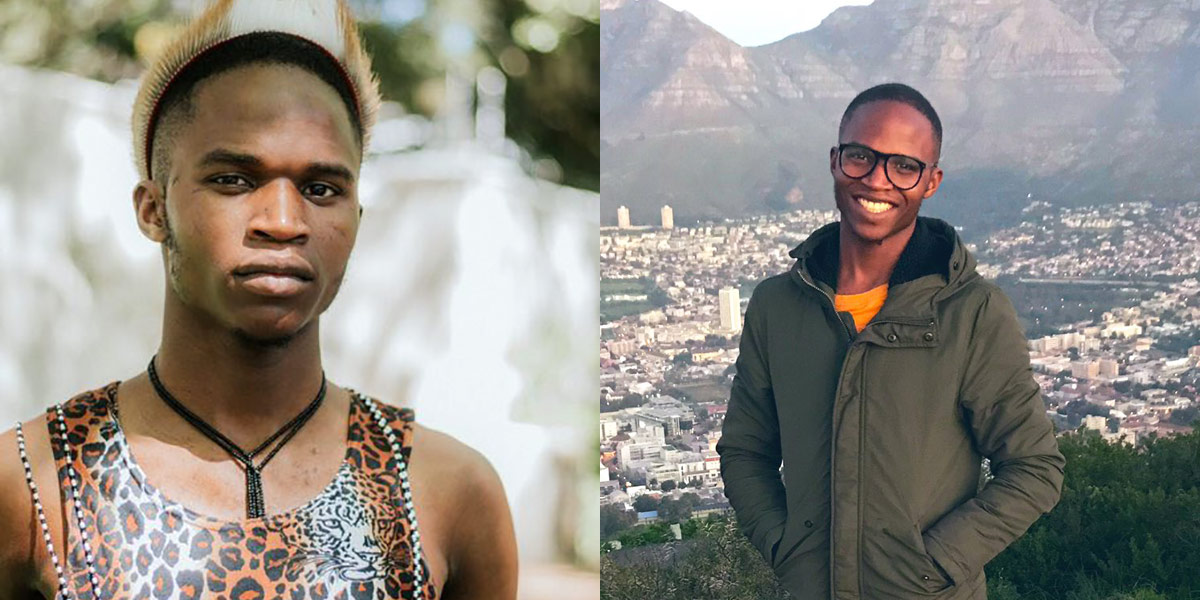 Callings to pursue destinies of helping others arise in many people in many ways. Some choose to embark on their journey through modern and “western” education while others follow a more traditional cultural route. In some cases, those who pursue these paths may feel they are not given much of a choice.

Take Zuko Mnukwa, a 27-year-old from Cape Town who says his calling to become a sangoma (a traditional healer) caused him to sacrifice his dream of dancing ballet, resulting in him having a love-hate relationship with his spiritual vocation. He also says that having to deal with the scrutiny of being a gay sangoma further made his life more challenging.

Mnukwa opened up to MambaOnline to reveal how ignoring his calling for a long time almost cost him his life and how he continues to struggle to embrace his destiny.

I was born with the calling but I was unaware of it. A calling is not something you grow into, it’s something you are born with. When I was growing up, I was always bothered by these dreams but would ignore them and not tell anyone because I thought they were just nightmares.

I remember when I was six-years-old, seeing this sangoma who used to constantly come to my house requesting to see me. They would tell my family that I had a calling, but because I was young, my parents would tell the sangoma that it wasn’t possible because I was still a child. My mother also had a calling but wouldn’t accept it. As a result, she ended up taking ill, despite going to church to seek help. This illness never went away [and continued] until she passed away.

Fast forward to when I was 19-years old, in 2011, and a professional ballet dancer. Ballet was my first love. I loved it and I still do. It was at this time when my calling revealed itself. I started falling ill to the point where I couldn’t move or do anything. I was in and out of hospital and doctors couldn’t detect what was wrong with me. I would just lay there, unable to do anything, not even speak, yet my brain was still functional.

I was scared that I would never find love again

While I was lying there, I was having these conversations with these old people; people I’ve never seen before in my life. I remember also seeing my mother in my dreams and these elders were begging my mother to allow me to accept the calling. I didn’t believe in such traditional things. I thought it was witchcraft. I was also experimenting with cocaine back then, so I also thought maybe it was the cocaine getting to my head and driving me crazy. But these dreams and voices continued even after I stopped using cocaine.

After fighting and fighting with these voices in my head, I got tired and said I would agree to the calling. The next day, I woke up and was able to talk and move again. The dreams with the dead elders had stopped but I kept on seeing this old man, either in our yard at home or when I was walking in town. It felt like he was stalking me. It was after only after I had a car accident in December 2014 that I decided to take this calling seriously, as I had told my elders in my dream I would. The elders in my dreams then instructed me on what I needed to do and where I needed to go and who I needed to see, of which I did all of that.

After all of this, my ballet career was thrown out the window. I now had fears of how people were going to look at me and the stigma of being a sangoma. I was scared that I would never find love again because no man would want to date me now. I came across a lot of people who would tell me that I couldn’t be gay and a sangoma. This is where the love-hate relationship started. But this was mainly based on my own ignorance.

My calling affirmed my self-esteem and [helped me] to accept myself. But at the same time, I still couldn’t understand why ballet was taken from me. Ballet was my gift, not my calling. With ballet, I had a choice but I felt like [being a sangoma] was forced on me.

A lot of us [femme] gay people are quite visible to the public because everything we do is always looked at and scrutinised. When I learned who I was, I saw people who saw fit to lash out at me as opportunities to educate them and tell them that a calling doesn’t choose you based on your gender or sexuality.

I do believe that this happened for a reason, despite still being confused. I am now in the process of taking courses to understand the psychology of healing so I can be versed and well-rounded. But I am giving myself time. I believe I have a greater purpose.