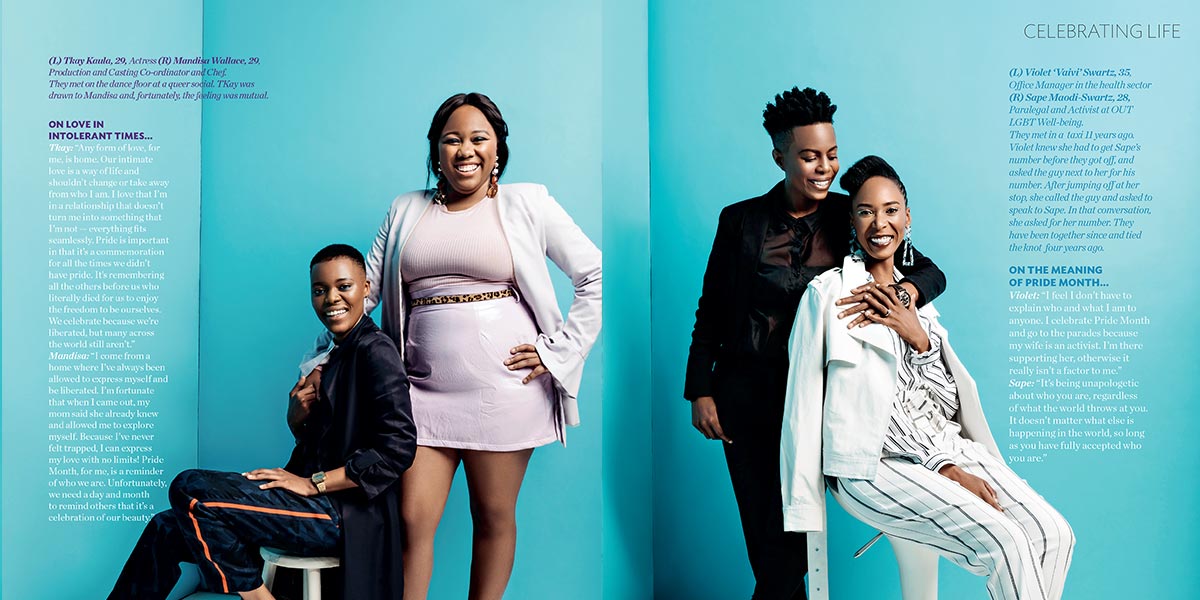 True Love, the iconic women’s magazine, has been praised for featuring four queer couples in its latest issue as a commemoration of Pride month in Gauteng.

The photo feature, titled the Colours of Love, is boldly promoted on the cover with the headline: “Happy Pride Month – Black, Queer and Madly in Love.”

The fourth couple featured is health sector office manager Violet ‘Vaivi’ Swartz and her wife of four years, Sape Maodi-Swartz, a paralegal and activist at OUT LGBT Well-being. For the article, the couples posed for a stylish studio photoshoot and spoke about how they met and what Pride means to them.

In 2016, the two women spoke to MambaOnline how they tied the knot and the humiliating abuse they faced at the hands of government officials at Home Affairs when trying to register their marriage.

Maodi-Swartz applauded True Love for embracing queer love and identity in a mainstream women’s publication. “It was a such an honour to be featured in one of the most prestigious magazines in South Africa,” she said.

“True Love celebrating Pride month and queer love is definitely a progressive step which sends out a clear message of recognition and acceptance of LGBTIQ+ people,” added Maodi-Swartz. “We salute True Love for showing its readers the beauty of queer love and for empowering LGBTIQ+ readers to be unapologetic about who they are and who they love.”

Kemong Mopedi, True Love Content Editor, told MambaOnline that the publication, which prides itself on sharing as many black female narratives as possible, wanted to mark Pride month “in an authentic and organic manner.”

Mopedi explained: “We didn’t want the article to have that ‘otherness’ that the LGBTIQ+ community is so often subjected to when featured in mainstream media. It was during a back and forth conversation between our editor, Mbali Soga, and our features writer, Sisonke Labase, that the idea suddenly hit us.

“We decided we were going to celebrate Pride Month by profiling proudly queer women basically showing society the ‘middle finger’ and saying, ‘we are here and you best get used to the idea that we are going nowhere’. Through this piece, we hope to teach others that love is a pure emotion that knows no creed, gender or class.”

True Love’s October issue, with radio and TV personality Anele Mdoda on the cover, is out now. 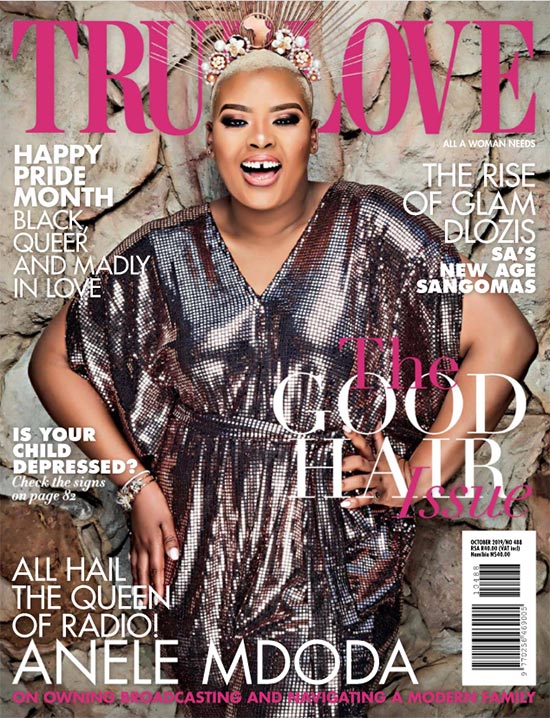