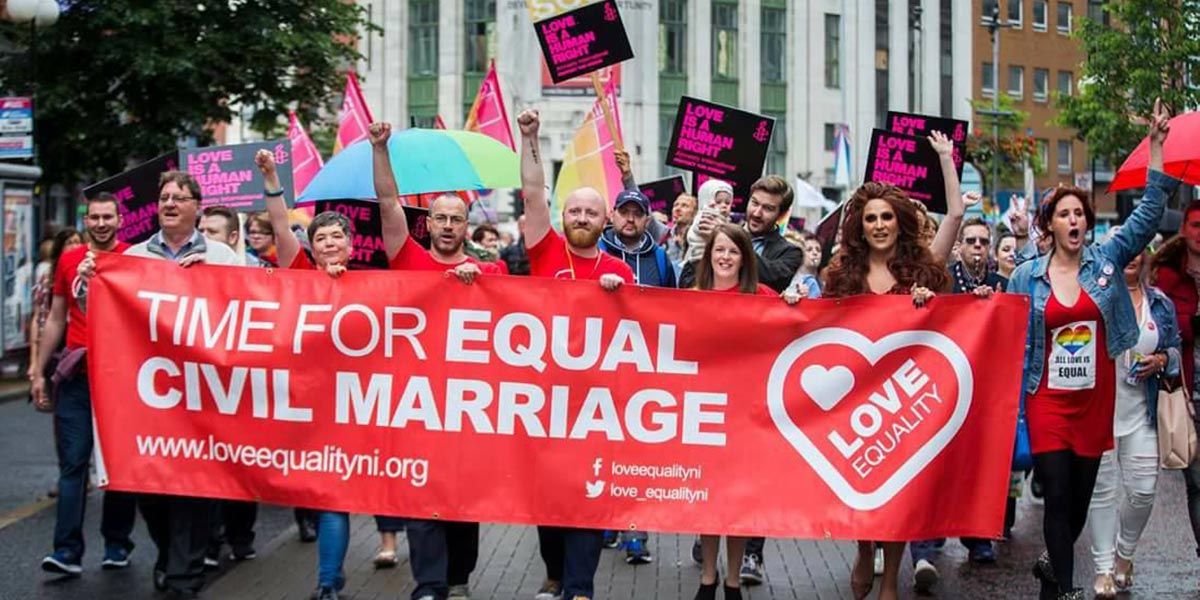 The LGBTQ community in Northern Ireland is celebrating the legalisation of same-sex marriage, finally catching up with the rest of the UK.

On Tuesday, the Northern Ireland Executive Formation Act of 2019, which was passed by the UK Parliament on 24 July, came into effect.

This law ordered the region’s Secretary of State to enact marriage equality if the dissolved Northern Ireland Assembly failed to form a working government by the end of Monday.

While civil partnerships have been available for same-sex couples since 2005, Northern Ireland has traditionally lagged behind England, Scotland, and Wales in terms of LGBTQ rights.

The legislation, which also legalises abortion, includes a transition period until January, with the first marriages set to be registered on Valentine’s Day, February 14, 2020.

“LGBT people in Northern Ireland have waited for too long for marriage equality and we can’t wait to see same-sex couples across Northern Ireland marrying the person they love,” said Twocock.

Love Equality NI, which campaigned for marriage equality, tweeted: “Thank you to everyone who has told their stories to help us reach this milestone.”

Grainne Teggart, Amnesty International’s Northern Ireland campaign manager, described the legislation as “The beginning of a new era for Northern Ireland – one in which we’re free from oppressive laws that have policed our bodies and healthcare.”

While polls have shown that almost 80% of the Northern Irish support same-sex marriage, past efforts to make this legal have been consistently vetoed by the Democratic Unionist Party.