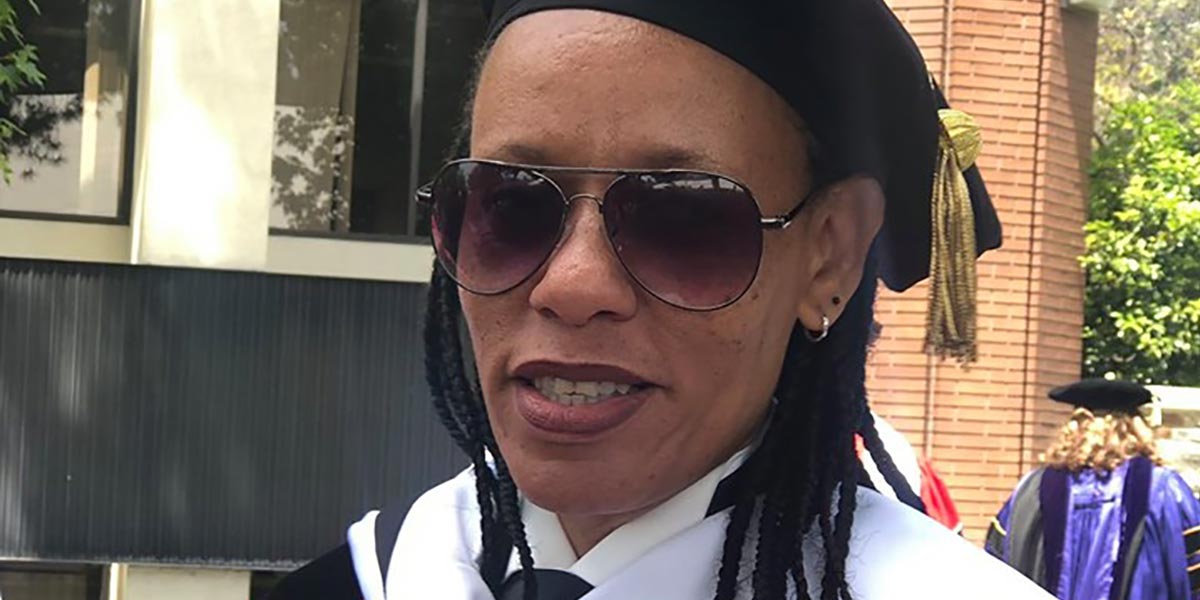 One of the founders of Johannesburg Pride, Bev Ditsie, has expressed both her frustration with Pride and her refusal to call for a boycott of the event.

In an open letter posted on social media, the filmmaker and long-time activist says she has found the last twenty years of the city’s Pride season to be “very painful for me.”

“This is the time of the year where I mourn the loss of the dream that began the first Pride march,” she writes.

“We were from different backgrounds, different races, ages, genders, orientations, abilities etc… and it didn’t matter. We were a mish-mash of diverse people unified by one goal, to be seen, heard and one day to be treated with the dignity and respect that is enjoyed by all other human beings.”

“To this end, visibility, particularly black visibility would be key,” expalins Ditsie, who recently received an honorary doctorate from the Claremont Graduate University in California.

She goes on to describe her take on the history of Pride since it started in 1990 and claims that the event was in essence hijacked by white gay men. They, she asserts, changed the march to a “parade” and moved its location from the city to the suburbs.

“Gay white South Africa could finally openly celebrate their freedom without being encumbered by the rest of our struggles,” she says.

“Annually, the violations, discrimination, gang rapes and murders in the townships continued unabated, while Pride continued to celebrate in suburbia.”

Ultimately, however, Ditsie writes that: “I cannot call for or even support the boycott of Pride. I cannot in good conscience deprive anyone of the experience, even if it is tainted with a sense of mistrust and hostility.”

She says that this year she intends to celebrate Pride in her own way by having a picnic at Zoo Lake.

“Those of you going to the Johannesburg Pride Parade, enjoy yourselves. You know what this is about and why you are there. Take up the space. Make it yours. After all, it belongs to you, whether you are from Alex or Camps Bay,” she asserts.