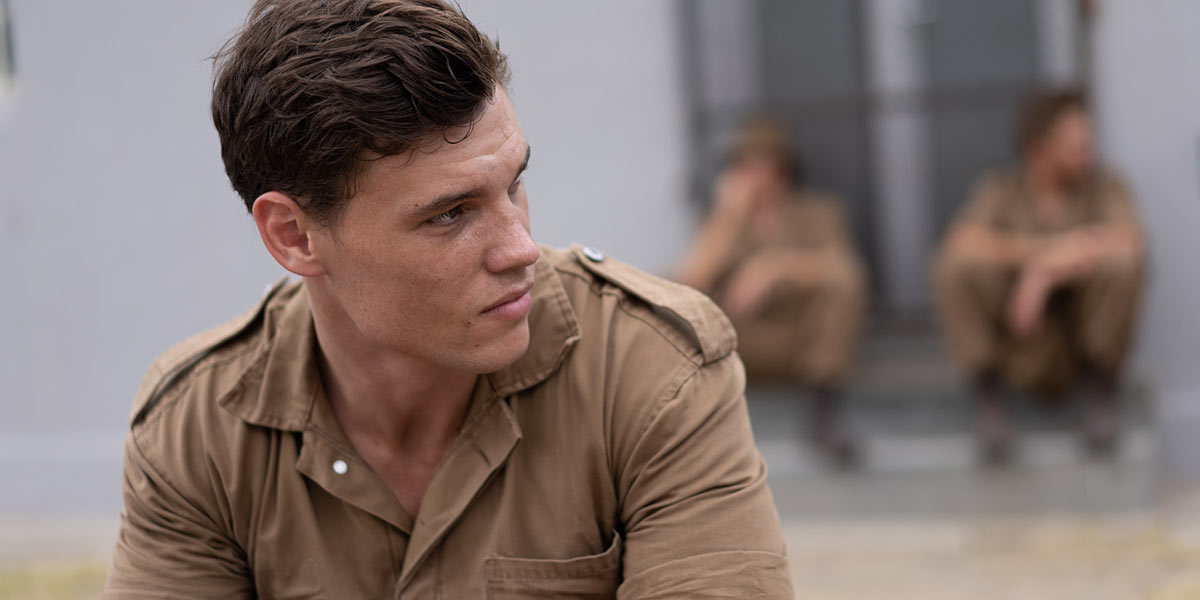 The official trailer for the South African release of the internationally acclaimed local gay-themed film Moffie is out and it’s a must-see!

While the film’s South African debut on the commercial circuit is slated for March 13 next year, Moffie has already premiered at several international film festivals, including its world premiere at the Venice Film Festival in September.

The story of a young gay conscript who battles to survive compulsory service in apartheid-South Africa’s military has enamoured audiences worldwide with sold-out screenings in London, Stockholm and Glasgow in October and high praise from film critics.

The new trailer sets the tone for what Variety labelled as “Oliver Hermanus’ masterpiece” with a stripped-down reimagining of Rodriguez’s classic song Sugar Man.

It was a 25th-hour decision by Hermanus to acquire the rights to the track, and include it as part of the film. With only a ten-day window before the film had to be finished, Hermanus reached out to music producer Ben Ludik. He asked Ludik to imagine recreating Sugar Man with a female vocalist as a haunting anthem to end the film.

“Every producer dreams of being tasked with reimagining an iconic song,” says Ludik, whose credits include the score for another celebrated Hermanus film, Skoonheid/Beauty. “I believe Oliver chose to include Sugar Man in Moffie because it’s a song about yearning to escape; a haunting poem by a bewildered individual” – much like the experience of the film’s main character, Nicholas (Kai Luke Brümmer).

“The song needed a special voice to convey such frailty and longing.” To do this, Ludik sourced the rich alto-voice of singer Rebekah Thompson.

“I am so excited about sharing our new trailer with the South African audience,” says Hermanus. “I hope audiences will come and experience the extraordinary work by the group of brilliant South Africans – actors, designers, photographers, composers, producers and crew – who made this film. Our new trailer is a testament to South African cinema and cinema makers taking on the world.”

Moffie is based on the memoir of the same name by André-Carl van der Merwe and stars Kai Luke Brümmer, Hitlon Pelser, Matthew Vey, Stefan Vermaak, and Ryan de Villliers.

It premieres in the US in early January at The Palm Springs Film Festival before heading to Norway. Over the next three months, it will also premiere in Scotland, Ireland, and Mexico.