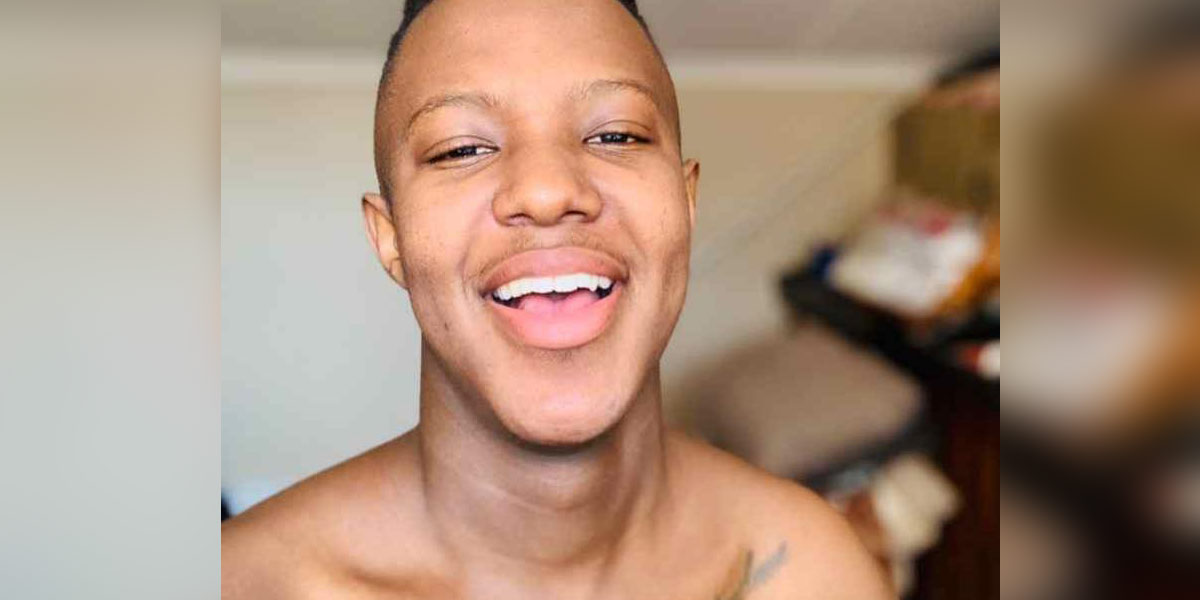 The 22-year-old from Pietermaritzburg harnesses the power of online platforms to inspire and inform. Despite the very real threat of violence and discrimination, he openly recounts his deeply personal experiences while also giving advice and support to others who are thinking of transitioning.

MambaOnline spoke to Noks about what inspired him to start vlogging and his journey of becoming the man that he always was.

When did you start identifying as transgender?

I always knew there was more to me than being a homosexual woman. With the research I did at age 15, I figured out that I am in fact, transgender. I did more research and at 19 I started to seek help from a trained LGBTI psychologist who deals with transgender individuals so they could guide me through the process.

To be honest, I was in denial at first because not only was I into the “same sex” at the time but I was seeking to change my physical appearance, which would come as a shock to my loved ones and those around me. I would question myself and sort of run away from reality. This was until I couldn’t deal with the dysphoria (the profound distress a person feels due to a mismatch between their gender identity and their sex assigned at birth) anymore and I had to do something about what I was feeling. It was difficult seeing myself as completely different from my peers. So it was definitely a challenge.

What about coming out to others?

Coming out is never easy, especially when others can spot the changes. I can’t really run away from that, even though I’m not obliged to answer [their questions]. But coming out on YouTube has helped me a lot and helped those around me understand. Some are a bit judgmental and fetishize me but most people I’ve come out to are very understanding and willing to learn more. It makes me happy, knowing there are people who support and kind of understand the journey. My family doesn’t really talk about it though, which is fine with me because it can put me in a very awkward position.

“The goal is to help others start their journey.”

You live in KZN which has a reputation for being extremely conservative. Is that something you’ve experienced for yourself?

I guess it would depend on which part of KZN you’re in. I try my best to stay away from areas with closed-minded people. If I’m around conservatives, I don’t out myself but instead go ahead with my life, just to avoid being murdered, raped or beaten up. When it comes to LGBTI issues, KZN is behind so we have to fight twice as hard for our rights. Most facilities like hospitals, clinics and banks are not educated about transgender individuals so we end up facing discrimination. I had an incident when I was in hospital… It was a private hospital but they were still uneducated because I had explained to them about myself and they ridiculed me.

I had never seen South African transgender guys on YouTube documenting their journeys. When I was still researching, I would always watch the Americans guys because they have channels all over YouTube. I figured why not start a channel that transgender guys from South Africa could relate to and refer to? The goal is to help others start their journey and know they’re not alone because I felt very alone at first.

Are you not concerned about being so open about your transition?

Yes, it’s very risky of me to put my whole life out there not knowing what people could be thinking or planning towards me, but I figured that someone has to be brave enough to help and educate. Why can’t I be the one to do so, even if it means putting my life in danger? Some would say it’s very dumb of me but I know what it feels like to feel like there’s something wrong with you. So if I can help others then I’m happy. 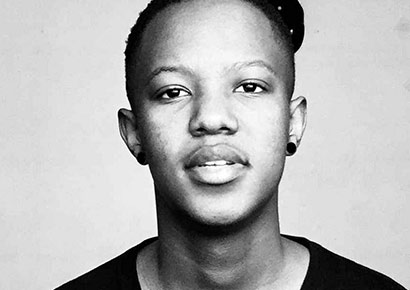 Did any trans or queer role models or individuals inspire you?

During my years of researching, I looked up to transgender YouTubers like Ty Turner, Kalvin Garrah and Sam Collins. There’s also Laith Ashley, a transgender male model who’s well known. They are out to everybody and put their lives out there. Their happiness after transitioning is what made me want to work towards my journey and not be afraid to live my life and be who I really am.

Transgender women seem to be far more visible in the media than transgender men. Why do you think that is?

Transgender women are definitely more visible than transgender men because they make their mark and go out there fighting for trans rights. A majority of trans men don’t want to be seen as trans men but instead just as men – so that could be one of the reasons they choose not to be seen. I do wish they were more outspoken just so the world can see that we exist and we are not going to be moved. Transgender men are more known in America than South Africa but I understand because of discrimination and crime; we’re never really safe.

There’re only a number of hospitals that tend to transgender people since some don’t know anything about us. So it becomes a mission for someone who is in a province that doesn’t have one of those hospitals. We’re grateful for the hospitals that perform certain surgeries and provide hormones at a low cost, but sometimes the waiting list is years long. Some waiting lists for breast removal are as long as 25 years!

What are some other challenges transgender people have to deal when it comes to daily life?

Firstly, the Department of Home Affairs takes quite some time to process new IDs or a new ID with a new gender marker. And then jobs! Since the department takes a while, it becomes difficult at interviews when your ID says one thing and your appearance says another. Some companies don’t know anything about transgender people so based on that they don’t accept you. The reason why I feel educating people is important is because sometimes we, and especially transgender women, don’t feel safe in public due to nasty comments and being fetishized. So teaching those we can reach is important so they can also educate others that transgender people are humans too.

Can you share some other examples of transphobia that you face?

That would be people disregarding my whole existence and my wishes to use male pronouns, even though they’re my friends and I have mentioned it multiple times. They still insist on using female pronouns, yet claim they support me. I understand the transformation is a bit tricky but when it happens all the time over two years, without any effort, that’s very transphobic in my opinion. There are also the remarks that since I still have female anatomy I’ll never be a “real” man.

How would you like to see your vlogging platform grow?

I hope to see my channel grow to the point of maybe getting a reality show that would seek to help others come out to their families or else have one that serves to educate about the whole LGBTI community. It’s 2020 now, but we are still experiencing hate.