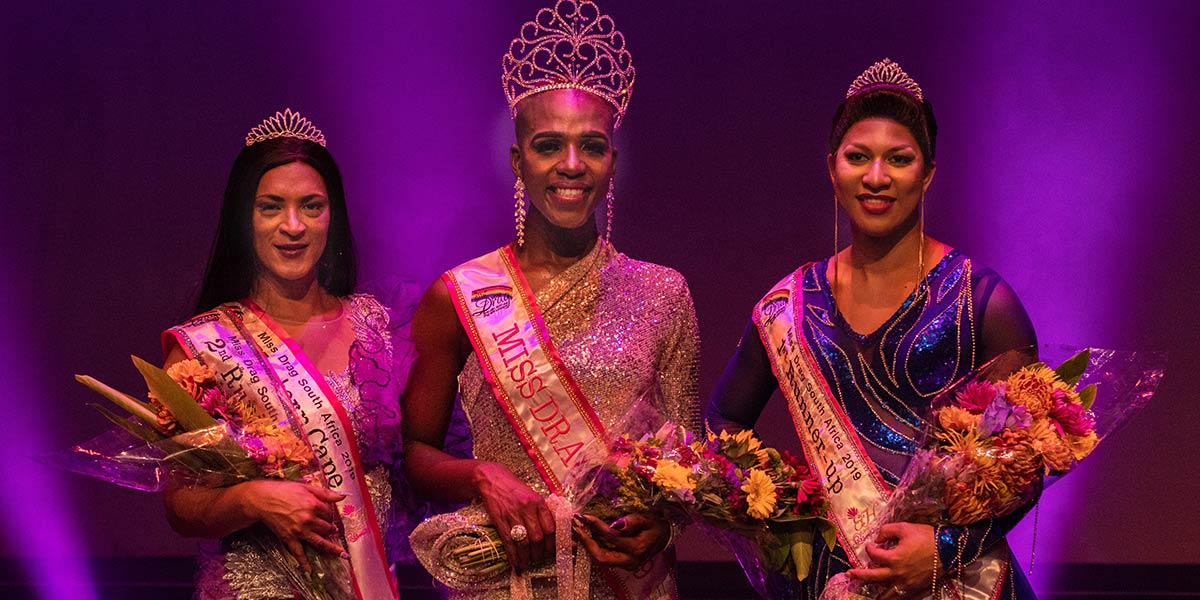 Entries have now opened for the 2020 edition of the annual Miss Drag South Africa pageant, which will be held in KwaZulu-Natal later this year.

Miss Drag South Africa is a national pageant where beautiful and intelligent hopefuls from across the nation vie for the prestigious title.

Von Hamburg, who describes the event as “a travelling pageant,” also announced that Miss Drag South Africa 2020 will take place in Durban, with the venue and date to be confirmed.

She explains that “The platform highlights the aim of ‘Drag for a Purpose’; to inspire ordinary people to carry out extraordinary things, to advocate for the advancement of LGBTQA+ rights and drag culture, for the contestants to serve as agents for change and to uplift their communities by acting as positive role models.”

At the 2019 edition in Pretoria, Belinda Qaqamba Ka-Fassie – an education post-graduate from Elands Bay, Western Cape – competed against eight other fierce finalists from across the country to be crowned Miss Drag South Africa 2019.

She won prizes to the value of R100,000, including a R30,000 cash prize, a one-week all-expenses-paid holiday to Hong Kong and much more.

Entries for the 2020 pageant close on Saturday, 29 February. The semi-finalists will be invited to a weekend “glam camp” in Cape Town in preparation for the contest and the coronation night later this year.

Enigma hopes that more people will get involved with the 2020 edition, especially in terms of sponsorship to ensure that this becomes one of the most prestigious events on the nation’s pink calendar.

Should you wish to enter Miss Drag South Africa 2020, become a sponsor or be involved with the 2020 edition please email the organisers on missdragsouthafrica@evhempire.co.za.