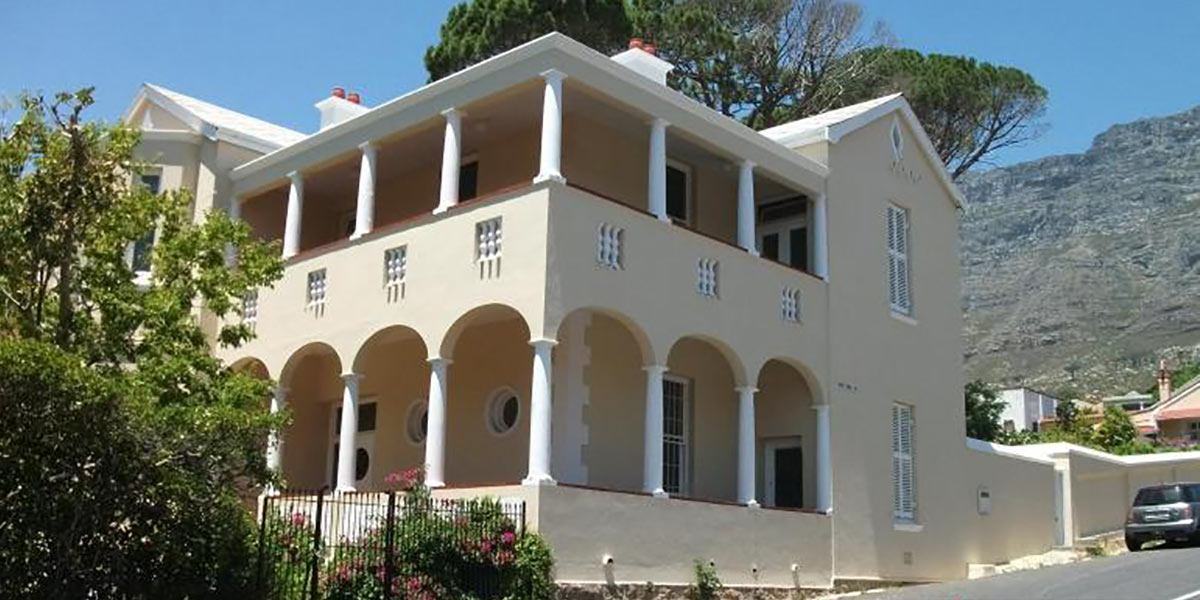 The queer Muslim-faith organisation that’s taken over the running of Africa’s only LGBTIQ+ shelter has responded to concerns from the community.

Over the past few weeks, MambaOnline has received queries from community members asking about changes to the management of the Pride Shelter in Cape Town.

Among the concerns raised was that a faith-based organisation, Inner Circle operating as Al-Fitrah Foundation, had taken over the running of the secular service. Questions were asked if the shelter would now favour or only cater to LGBTIQ+ members of the Muslim faith.

MambaOnline reached out to the Al-Fitrah Foundation and Ian McMahon, a founding member of the previous Pride Shelter Trust Board to get clarity on the situation.

The Pride Shelter initiative was launched in 2006 by McMahon, Andrew Massyn and the late HIV and LGBTIQ activist Glenn de Swardt to establish an affirming temporary shelter for LGBTIQ+ individuals experiencing a crisis or trauma.

Opening in 2011 and based in a building in Oranjezicht leased at a minimal fee from the City of Cape Town, it remains the only formal LGBTIQ+ shelter in Africa. It has, over the years, aided and accommodated over 700 LGBTIQ+ individuals.

McMahon tells MambaOnline that in 2018 the board recognised that a lack of consistent and sufficient funding meant that the shelter was not sustainable and was on the path to shutting down.

“We all have full-time jobs and we didn’t have the funding, so we looked at it and asked if it was responsible for us to carry on or do we go and find some other organisation that maybe has funding and is better structured than us and that can raise funds,” he says.

In May 2018, the board put out an RFP (request for proposals) to other LGBTIQ+ organisations with the aim of finding the right partner to ensure that the shelter was able to continue to operate. Al-Fitrah was one of two groups to submit an application and was chosen as the best proposal.

McMahon says the board embarked on a series of negotiations with Al-Fitrah to agree on the terms and conditions of the takeover. They signed an MOU for the two entities to jointly run the shelter for a three-month trial, after which Al-Fitrah completely took over the management of the facility in March 2019. “Everything was in writing and transparent to ensure that we did the ‘right and proper’ thing,” insists McMahon.

Nicole Alexander, Convenor of Al-Fitrah, says the foundation was established in 1995 and is a human rights organisation that advocates for the rights and dignity of queer Muslims.

“Its central aim is to reconcile individuals with their gender identity, sexual orientation whilst raising consciousness through Islamic perspectives. In addition, it also aims to promote safe spaces in the context of Islam as a culture that promotes inclusion,” Alexander explains.

She acknowledges that there are “a lot of rumours doing the rounds” about the Pride Shelter takeover but confirms that the shelter’s services are “not only targeted to believers of the Muslim faith and accommodate all races, all classes, all genders in our facility.”

One of the terms of the handover agreement states that Al-Fitrah will “continue to make the premises a safe space for all who require the service without any religious conditions being implemented as part of intake of future residents. And that services will be available to all who require it, without religious discrimination.” Other conditions include that the foundation honours the employment contracts of staff and continues to allow AA meetings for the LGBTIQ+ community on the premises.

She adds, however, that the Al-Fitrah Foundation “might use the available space, if need be, to run its own programme based on its human rights values.”

While Alexander says the organisation hasn’t been faced with direct Islamophobia as a result of it taking over the shelter’s management, “I think many people started panicking based on their lack of research or critical skills. Just because an organisation with an Islamic name took over the shelter, doesn’t mean it should be demonised or that ill-respect should be afforded to their efforts.”

Alexander also points out that, she, “the convenor of this organisation is not of Muslim-faith, yet runs this organisation. It is important to see the human element in it all, and respect and appreciate each other for our own human capital, and never judge or label each other.”

The Pride Shelter offers a three-month stay to LGBTIQ+ individuals who are 18 years and older that are homeless or in crisis. There is a R35 daily residence fee which includes two meals (breakfast and dinner).

The facility has 25 beds, which are currently full to capacity. Residents sign a contract outlining the rules and regulations and undergo various mental, emotional and physical assessments and development programmes during their stay. Counselling services are available and referrals are made if the matter is beyond the shelter’s immediate capacity.

“Our long-term impact would be focused on the reintegration of our residents back into our communities, back with their families, friends and even in religious or social spaces,” says Alexander.

Those who wish to support the shelter can sign up for the volunteer programme that assists the facility with social media, administration, counselling, maintenance and fundraising, among other things. For more information, contact the Pride Shelter through its Facebook page.