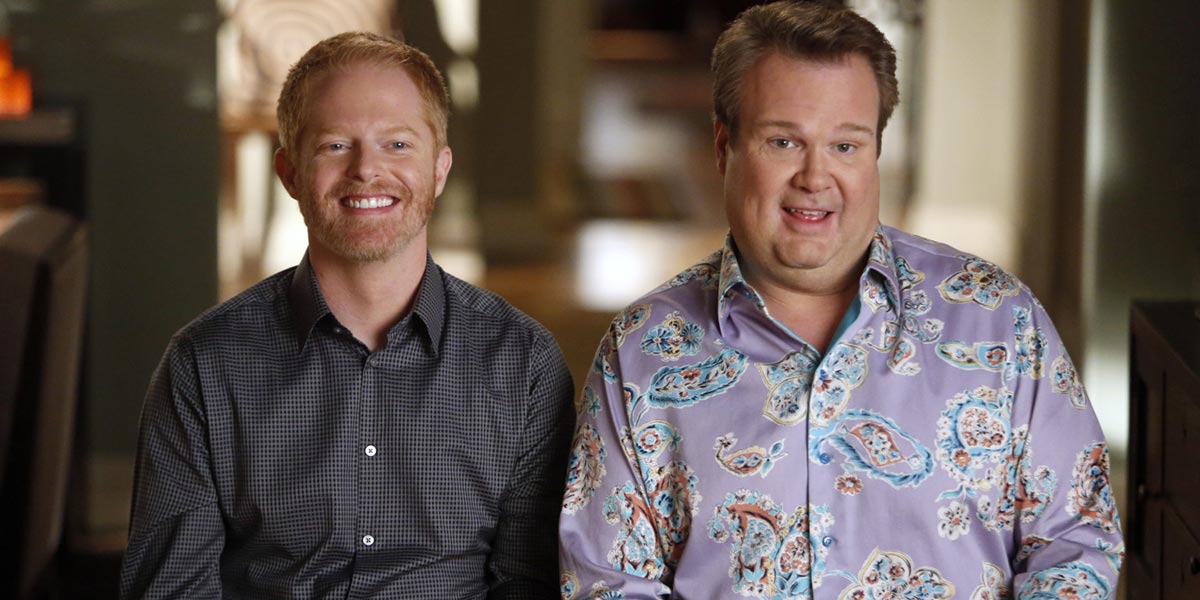 The curtain recently came down on Modern Family, with its final 250th episode broadcast on 8 April in the US. The long-running comedy will be fondly remembered for one of TV’s most visible and well-loved same-sex couples, Mitch and Cam.

It’s hard to think back to just how different the world was when the hit TV series first aired. Up to that point, gay main characters on the small screen were few and far between, with only Ellen and Will & Grace springing to mind when we think about major American shows depicting the queer experience.

Modern Family hasn’t shied away from reclaiming stereotypical tropes since it first aired in 2009 – who could forget the moment in the pilot episode when Mitch (played by Jesse Tyler Ferguson) insists “my boyfriend… is not that dramatic!”, just as The Circle of Life from The Lion King starts playing, and Cam (played by Eric Stonestreet) lifts their newly adopted baby into the air, à la Rafiki?

Indeed, the characters portrayed by Ferguson and Stonestreet have been a mainstay of queer television over the 11 seasons of the show, and their future also forms a key part of the series finale (don’t worry, though, this article has no spoilers).

Look, the entire Pritchett-Dunphy-Tucker clan is a hoot, but Mitchell and Cameron are especially dear to our hearts. The couple – who have perhaps the most enduring gay relationship on TV today – have consistently given audiences an authentic take on life as a monogamous, long-term gay partnership. Their adoption of two children further offered a rare representation of a same-sex family.

With that said, Modern Family has never tried to gloss over the issues many real-life Mitch and Cams might face and has kept an ear on the ground for feedback from its audience.

When viewers complained about the lack of affection between Mitch and Cam after season 1 of the show, even starting a Facebook petition demanding a smooch, the show’s creators listened, and sure enough, in the second episode of season 2, the reason for the Pritchett children’s lack of emotivity became the driving force behind the show’s first gay kiss.

Mitch and Cam’s wedding in the finale of the show’s fifth season is undoubtedly a highlight. No less than 10 million viewers tuned in to see the couple say “I do”, and this was one of the moments that also had an effect on the other side of the fourth wall: a Gallup poll on the same day as the broadcast announced that support for marriage equality had reached a new all-time high.

What has made Modern Family endearing after more than a decade on the air is its candid and honest approach to real issues. Cam is taken aback when he receives a bouquet of flowers for Mother’s Day, but the episode turns into a heart-warming exploration of gender roles.

In another scene that had gay audiences roaring, Cam and Gloria (played by the much-loved Sophia Vergara) head to the streets to look for Jay’s (Ed O’Neill) missing dog, Stella, ultimately leading to Cam re-enacting a seminal moment from another iconic play and film, A Streetcar Named Desire.

For the time being, though, Modern Family’s nine GLAAD nominations for Outstanding Comedy Series (the show won in 2011 and 2012) speak for themselves. If you haven’t dug into this hilarious sitcom yet, now is the time – even if it’s just for Mitch and Cam’s antics.