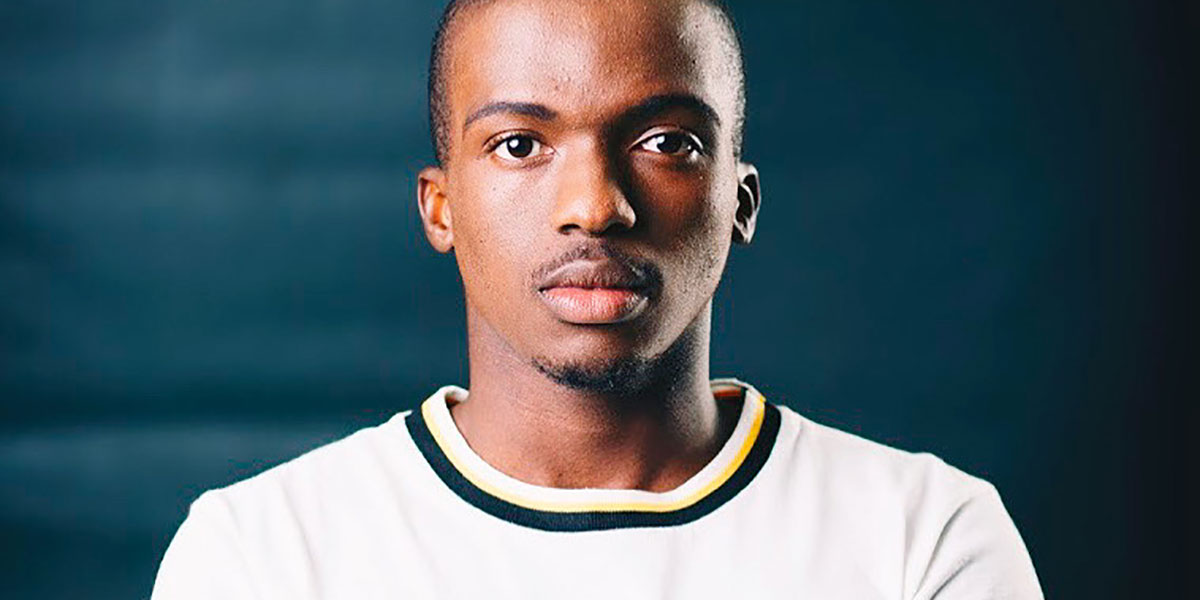 Feminine Lotus, a new short film about a transgender woman, will premiere on the 10th of June on SABC 1. We spoke to the up-and-coming young writer, Raymond Motadi, about its making.

The 24-minute film tells the story of a depressed and insecure transgender girl who moves to Johannesburg to live with her transphobic sister. There she finds love for the first time and “goes on a journey of truth to overcome her insecurity”.

Motadi, 25, who is known by many as MON_D The Gay Superhero, is a musical theatre graduate and producer. From the small village of Kauletsi in Limpopo, he started his career in media as an SABC television presenter.

Having written plays and poetry from a young age, Motadi used his presenting experience as an opportunity to learn more about the craft and began screenwriting.

Where did the idea for Feminine Lotus come from?

Feminine Lotus is a fictional story that was inspired by a friend of mine, Apryl Tshabalala, who was part of my queer movement in university, called Rainboukidz. We got to know each other and she shared a lot of her experiences about what it’s like living as a transgender woman in South Africa. So I started creating a story that would be able to symbolise her experience. It’s a story about self-love that leads to true love and which shows that true love knows no gender.

What was the most challenging part of making it?

It is one of the 10 short films that are part of a youth writers competition I entered through the National Film Foundation. We each got money to produce the film. The challenging part was being able to create with the limited amount of time. We only had three days to shoot the film. We had to put all of that together with my director Kgosana Monchusi and producer Asi Mathaba as well my incredible writer mentor, Thuso Sibisi, who really believed in my work so that I was able to craft an authentic voice.

How important is it for queer people to tell their own stories in SA?

There aren’t enough stories being told. I think for the longest time queer narratives were negated from mainstream media and it’s pertinent that we give more queer people space to tell their own stories. We are often not given the platform to be able to tell these stories out of the notion that society is not ready to receive them. As a gay man who has been given the platform, I intend to open doors for many and to continue the didactic discourse around queer narratives especially that of transgender women who are killed and marginalised by society and sometimes by the queer community.

Were you not able to cast a transgender performer for the lead role? How do you feel about the importance of casting queer people in queer roles? 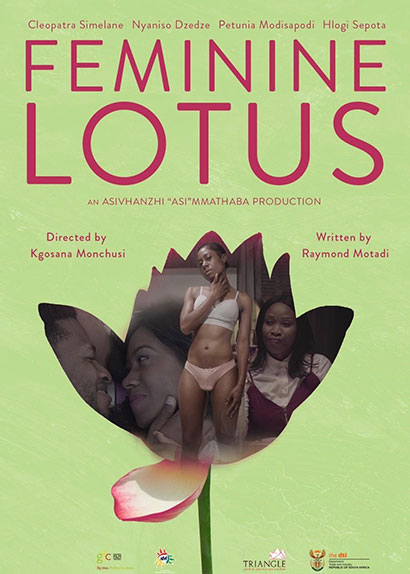 What kind of impact would you like Feminine Lotus to have on the audience?

I honestly would like this short film to impact the queer community in a positive light, to make them feel like they are not alone in a world that often tends to make them feel invisible. I want the rest of the audience to unlearn their pejorative indoctrination that oppresses so many queer people on a daily basis.

Do you have any other films or stories lined up for the future – perhaps a feature film?

I am currently in the development stages of a feature-length film. I have a lot of narratives that I want to explore both on television and film and hopefully, I will be given the platform to share these.

Feminine Lotus stars Cleopatra Similane, Nyanyiso Dzedze, Petunia Modisapodi and Hlogi Sepota. It is sponsored by the NFVF, Triangle Post and Animation studios, The DTI and Gauteng Film Commission. It will debut on 10 June 2020 at 19:30 on SABC 1. Watch the trailer below.