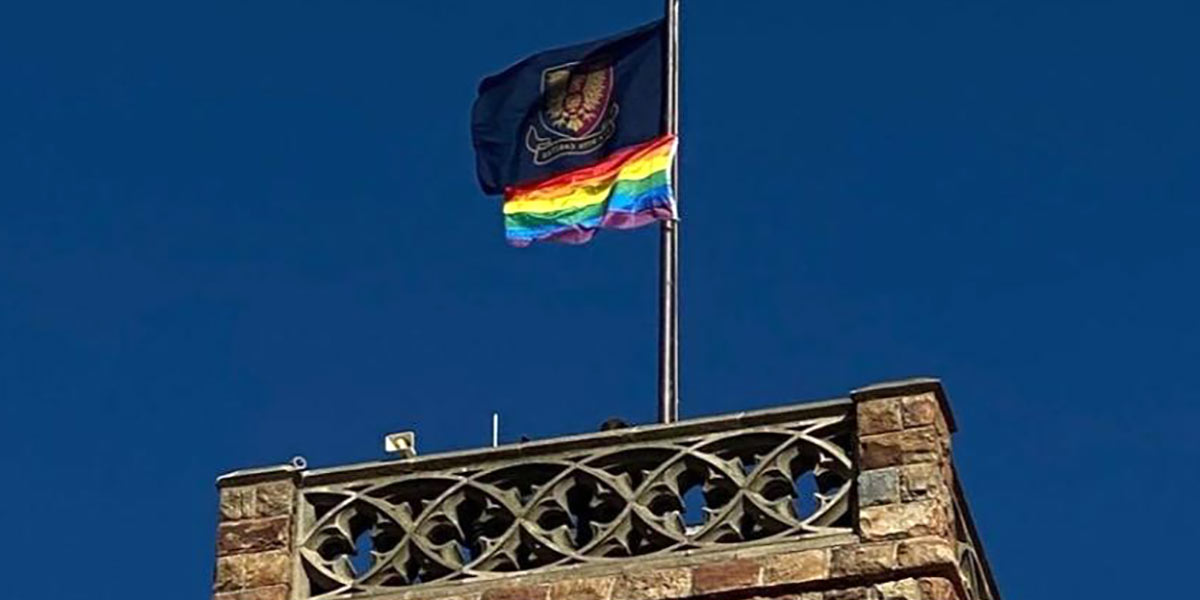 The school said it would also raise the Black Flag on Thursday. In a statement, it explained that the two flags aim to grow awareness for the LGBTIQ+ community and anti-racism and gender-based violence.

“St John’s College raised the Pride Flag, along with the school flag, from the Bell Tower this morning,” said the school in a statement. “The raising of this flag is a promise to past, present and future Johannians that we are committed to building a culture of equity and belonging, where homophobia and queerphobia have no place.”

The Black Flag was raised on Thursday, bringing a special focus to anti-racism and gender-based violence. This forms part of the international “Thursdays in Black” campaign in which the school’s students were also encouraged to wear black to school.

St John’s asserted that the Black Flag is a reminder to everyone of the work that is still to be done in society, and in the school around racism, discrimination and unconscious bias. “As a boys’ school, we take responsibility for educating our young men to respect all women and girls, and those vulnerable in our society,” it said.

“We live in a nation at a time in which racism, xenophobia, homophobia, sexism and identity stereotyping still impact communities and cause traumatic pain, rejection and discrimination. The students of St John’s have raised their voices, and we have listened. We choose to fly these flags to remind all within the St John’s community that we are loved, valued and have a place of belonging as children of God.”

St John’s College was founded in 1898 and follows the traditions of the Anglican Church. The school accepts boys from Grade 0 to Grade 12, and boys and girls in The Bridge Nursery School and Sixth Form.

LGBTIQ+ students often face discrimination and bullying in schools in South Africa. According to a 2016 Love Not Hate report by OUT LGBT Well-being, 56% of LGBT South Africans surveyed said they’d experienced discrimination based on their sexuality or gender identity while attending school.

“These flags will remind all who walk onto our campus to reflect on the language we use and the way we behave towards each other,” added St John’s College.