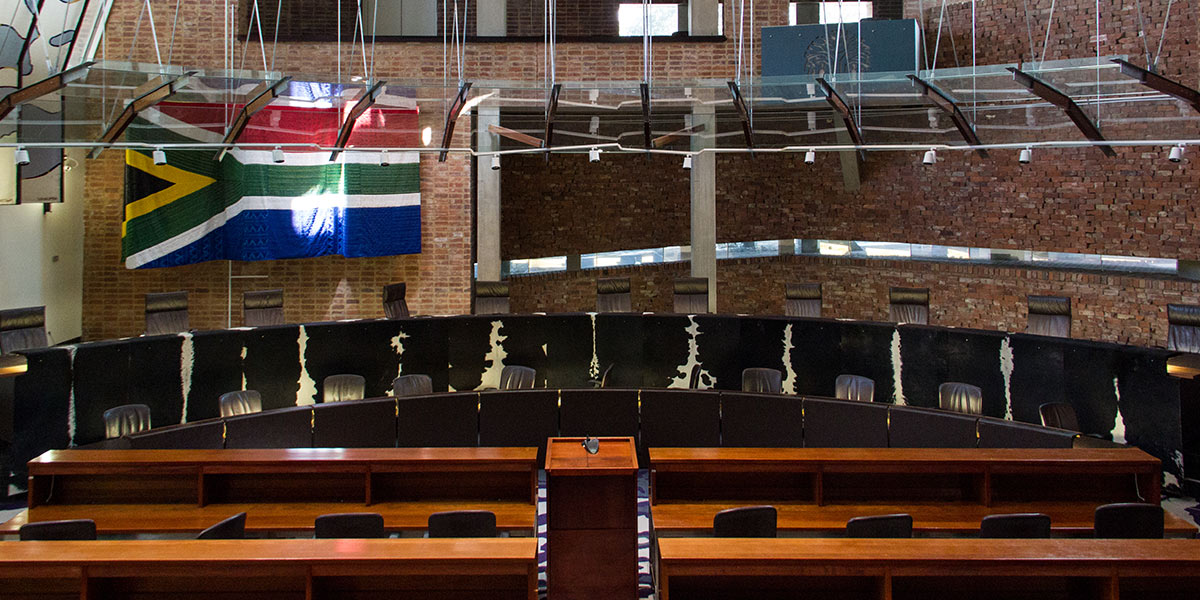 Civil society organisations have made court submissions on both sides of the debate.

These are the questions the Constitutional Court will grapple with next week when it hears arguments whether or not important equality legislation passes Constitutional muster.

Hate speech cases in Equality Courts in South Africa have been on hold since November last year when the Supreme Court of Appeal declared sections of the Promotion of Equality and Prevention of Unfair Discrimination Act (PEPUDA) to be vague and too broad.

The matter before them was an appeal by columnist, radio presenter and former ambassador to Uganda Jon Qwelane against a high court finding that his anti-gay stance in a Sunday Sun column was hate speech.

While the court commented on his “strident, provocative bigotry”, Qwelane won his appeal.

The court ruled that the Constitution guaranteed the rights to freedom of expression “except if it is propaganda for war, incitement of imminent violence or advocacy of hatred based on race, ethnicity, gender or religion and that constitutes incitement to cause harm”.

It set an objective test while PEPUDA, which had a much longer list of prohibitions, set a “subjective test”, stating that prohibited utterances included whether they could “reasonably be construed” to demonstrate an intention to be “hurtful”, harmful, or propagate hatred.

Judge Mahomed Navsa, writing for the court, said: “We can all agree that it is important to protect the dignity of all our citizens. Equally we must agree, given our history, that freedom of expression must also be prized. That does not mean that hate speech cannot be proscribed. But it must be tailored to comply with constitutional prescripts and must survive a justification analysis.”

The South African Human Rights Commission, which initiated the prosecution of Qwelane on behalf of 350 people, mainly from the LGBT community, wants the Supreme Court of Appeal ruling to be overturned.

It received the largest number of complaints over a single incident ever in relation to the column, it says.

“The very point of the Act is to ensure that human dignity and equality is not sacrificed in the name of the right of freedom of expression. The threshold test is whether there is an impairment of human dignity.

“That is an objective, not subjective test,” it says in its written argument.

“The word ‘hurtful’ is not merely concerned about the subjective emotions and feelings of a person, but rather about injuries or impairments to a person’s dignity.

“Society that centres human dignity as a foundational value and as a guaranteed right does not tolerate homophobic speech.”

The office of the Minister of Justice agrees.

It argues that the purpose of the Act is not only to give effect to the letter of the Constitution but also the “spirit of it” and the legislature deliberately created a “lower threshold for hate speech” than that provided in the Constitution.

The Nelson Mandela Foundation argues that if the ruling is allowed to stand, it would shut the doors of equality courts to many hate speech complaints.

“We are aware of 21 such cases – 15 of which involved no incitement – mostly involving black people being humiliated or denigrated by being called kaffirs, monkeys and baboons,” the foundation said.

The Women’s Legal Centre has urged the court to take into account the effect of hate speech directed specifically at women “which creates and entrenches the patriarchal structures, institutions, attitudes and practices that enables violence against women”.

“The state has a duty to regulate gendered and misogynistic speech that is hurtful, harmful, hateful or violent,” the centre said.

“Words matter” the Psychological Society of South Africa says in its written argument, also in favour of overturning the SCA ruling.

“The article was deeply offensive and created fertile ground for hate crimes against LGBT individuals, which were already extraordinarily high at the time.”

It says while the SCA had accepted this evidence and had “even been moved by it”, it had then left the community with no recourse, not even an apology.

“Instead it recorded that Qwelane is ailing and encouraged him to seek rapprochement. That is all it has left his victims … after the community fought for more than a decade to have him account for his degrading, dehumanising and damaging speech.

“Yes, the Act limits speech. But it does so because of the constitutional project to build a society that is tolerant of difference and in which all human beings are respected for intrinsic worth.”

The South African Litigation Centre described Qwelane’s column as the “gold standard of hate speech” and far from being “protected speech” which should never have been allowed.

Qwelane is sticking to his guns. His lawyers argue that just because his language was strongly worded, or even offensive, he did not advocate hatred against homosexuals and did not incite others to commit harm.

“Allowing free dissemination of beliefs and opinions is the cornerstone of a functioning democratic state,” they say.

In his corner is the Freedom of Expression Institute which says the vagueness of the Act – and the lack of definition of what “hurtful” means – is “wholly at odds with the principal that the legislature is under a duty to pass legislation that is reasonably clear and precise, enabling citizens to know what is expected of them.”

It was also essential to outlaw any form of thought control or censorship.

Media Monitoring Africa cautioned the court not to be swayed by the “obvious vileness” of Qwelane’s statements.

“Whether his statements amount to hate speech is an important issue but one that will eventually only become of historic interest. The Constitutionality of the Equality Act is the burning issue which will profoundly and directly affect the way Parliament, the courts and the public will deal with hate speech going forward,” its lawyers have submitted.

The organisations says that the constitutional difficulties with the Act are “glaring” and it was crucial that the court said so.

“Merely offensive speech cannot be prohibited by law. And the Act can only truly signal a decisive break from the past if it protects dignity and equality but also permits acrimonious and even offensive debate.”

This article was written by Tania Broughton and first published by GroundUP.