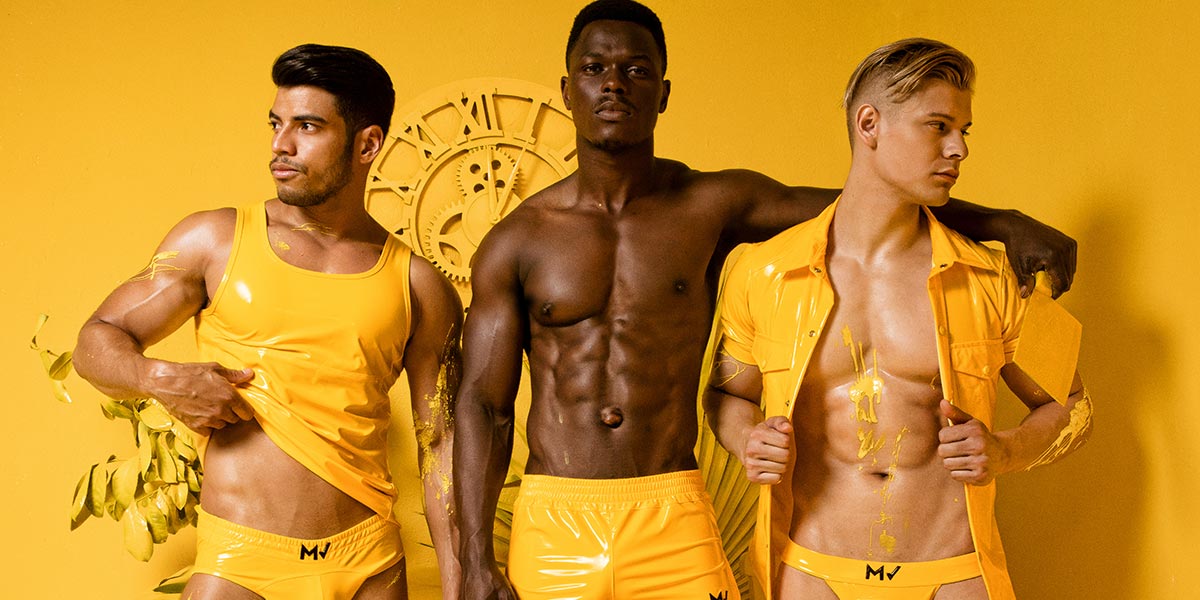 Greek underwear label Modus Vivendi has recruited a trio of stunning male models to debut their new Viral Vinyl line, and boy are we paying attention.

The chic and shiny look is described as “lavish, risky and inspired”. The eye-popping paint-splattered bondage-influenced photoshoot by photographer Joan Crisol is a striking study in yellow, blue, and black.

The three models – Oliver Lewis, Ricardo Paul and Guido Benitez – were captured in all their muscular glory in Madrid, Spain.

Available in black, grey, blue and yellow, this line is targeted at fashionistas who want to make a risqué statement or fetish lovers who want something unique.

Check out the vinyl goodness below.