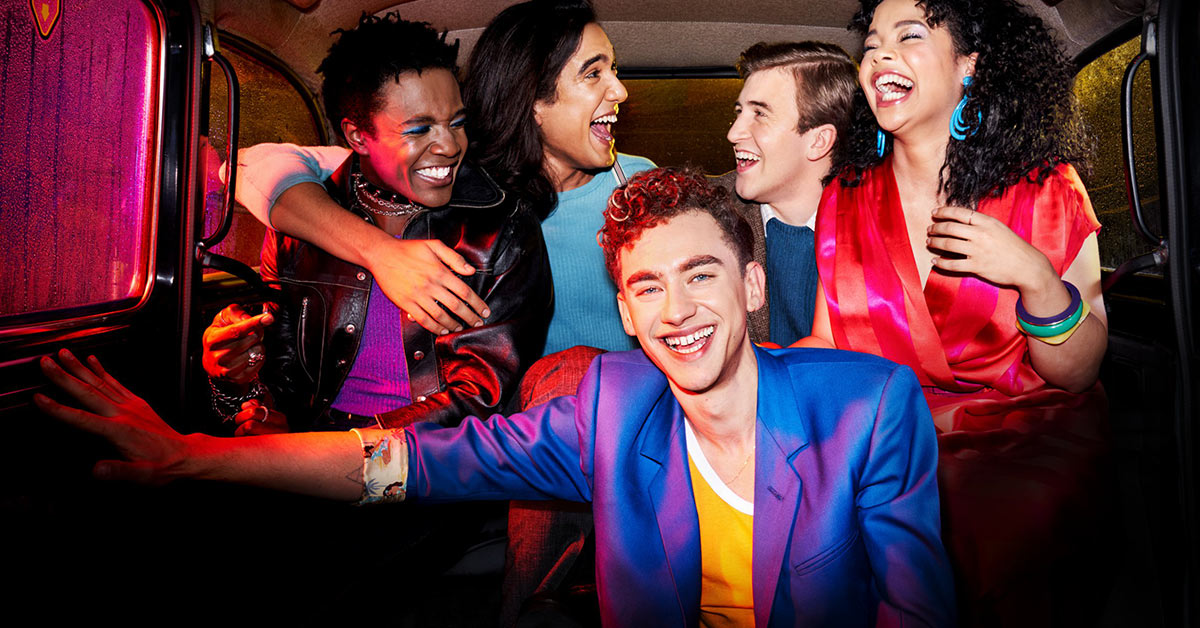 Gay roles for gay actors? The cast of It’s a Sin

The issue of who gets to portray queer characters on the big and small screen has been an ongoing source of controversy. The debate flared up again recently when Russel T Davies likened casting straight actors in gay roles to a kind of black face.

One need only think of the controversy surrounding actor Eddie Redmayne’s portrayal of the trans pioneer, Lili Elbe, in The Danish Girl. When Timothée Chalamet played the gay lead Elio in Call Me By Your Name in 2017, there was also plenty of discussion about the young, straight actor cast in the role (alongside Armie Hammer, who is also straight).

These performances were widely praised by critics, though, and both Redmayne and Chalamet were nominated for the Best Actor accolade at the annual Academy Awards in 2016 and in 2018. And let’s not forget Heath Ledger and Jake Gyllenhaal in 2005’s acclaimed Brokeback Mountain.

Davies, the influential British screenwriter and producer, again raised the subject when speaking to Radio Times about his latest TV endeavour, It’s A Sin, which is partly inspired by his own experiences during the AIDS crisis in the 1980s.

Davies expanded on his deliberate decision to cast gay actors as gay characters, saying, “I’m not being woke about this… but I feel strongly that if I cast someone in a story, I am casting them to act as a lover, or an enemy, or someone on drugs or a criminal or a saint… they are not here to ‘act gay’ because ‘acting gay’ is a bunch of codes for a performance. It’s about authenticity…”

He added: “You wouldn’t cast someone able-bodied and put them in a wheelchair, you wouldn’t black someone up. Authenticity is leading us to joyous places.”

One could argue that the increased inclusion of gay stories in mainstream cinema over the past few years (IMDb lists at least 50 films with LGBT characters or storylines that were released in 2019 and 2020 alone) is vastly more important than the actors cast to portray the characters. But a counterargument begs the question: with so many of our stories being told, why aren’t the people telling them acquainted with the authentic experience of being gay or trans?

Many people feel, however, that actors who are masters at their craft are able to credibly convey queer narratives – current chairman of the Iris Prize International LGBT Film Festival, rebuts Russel T Davies’ criticism in the final lines of a piece for the Daily Mail, writing, “What truly matters – and what audiences actually care about – is not who the performer goes to bed with, but something far more interesting. Talent.”

Still, some actors are taking a stand. Wentworth Miller caused a stir when he stated last year that he would not be playing the role of Michael Scofield, should Prison Break return, elaborating that he was simply not interested in playing straight characters anymore. It remains to be seen if he will be cast in a gay role anytime soon.

It’s not a view universally shared by all LGBT+ actors. American actor Neil Patrick Harris, for example, (who appears in Davies’ It’s a Sin) told The Times that he “would definitely want to hire the best actor.”

He said: “I’m not one to jump onto labelling. As an actor, you certainly hope you can be a visible option for all kinds of different roles. I think there’s something sexy about casting a straight actor to play a gay role if they’re willing to invest a lot into it.”

In the meantime, movies and TV shows that illustrate what it’s like to be LGBTQI+ remain a part of the entertainment offering that is brought to viewers around the world – and hearteningly, it’s happening more now than it has ever happened before.

Do audiences really care more about talent than they care about who is tasked with holding up the mirror so they can see themselves? As our stories start taking up more space, and more of our everyday lived experiences are taken to the screen, perhaps we will be able to better decide how they are told, and by who.