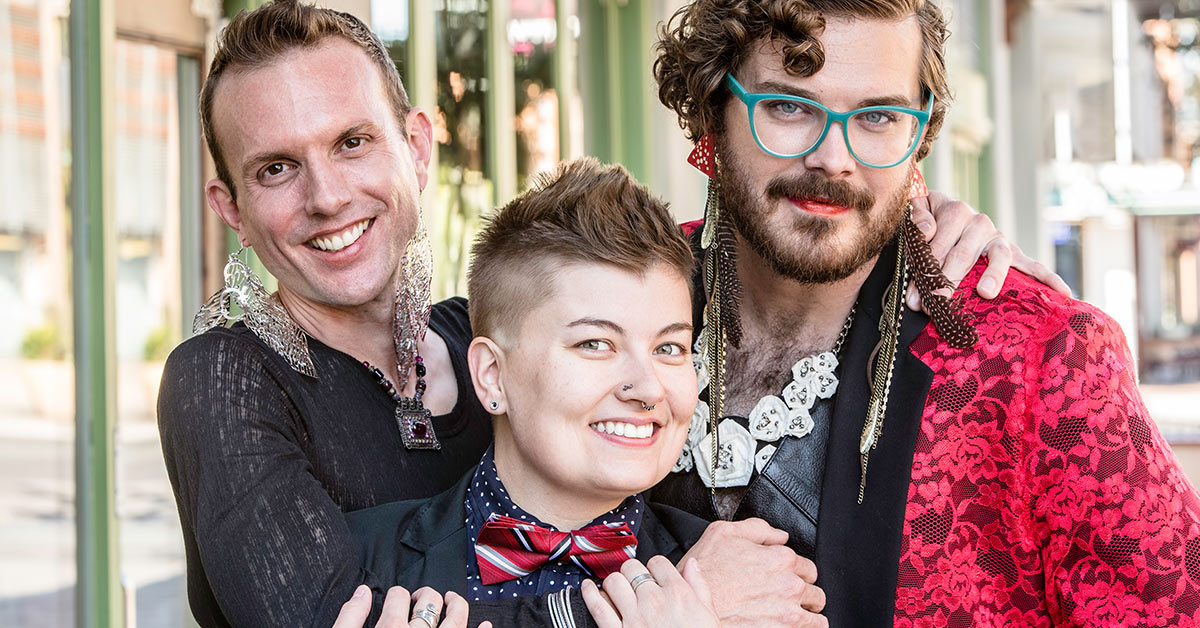 One need only browse your dating app of choice to see to what extent polyamory has become the preferred type of relationship for a great many among us.

While this form of consensual non-monogamy is gaining ground as people explore the romantic possibilities it holds, polyamory is still widely misunderstood, ridiculed, and often equated with promiscuity.

It’s worth taking a good look at what polyamory is – and what it’s not. If you or your partner has ever thought about trying a poly relationship, this is how to navigate consensual non-monogamy in a way that is healthy, and benefits all parties involved.

Polyamory in a nutshell

Most of us are well acquainted with monogamous relationships – the kind where one partner chooses another, and both see each other exclusively. Polyamory, on the other hand (the Greek prefix, “poly-”, means “many”, while “-amory” has its roots in the Latin word for “love”) is a type of romantic relationship which various partners consent to be involved in.

Polyamory differs from some other types of consensual non-monogamous (CNM) relationships like swinging or open relationships in the sense that emotional involvement is something that polyamorists value and don’t shy away from, whilst this is not always the case in other types of CNM.

Polyamory – sometimes also referred to as ethical, responsible or intentional non-monogamy – is represented by the infinite heart symbol, which is often shown with a red heart and blue infinity symbol.

What polyamory is not

Poly people are not:

Cheaters: One of the key characteristics of polyamory and other types of CNM is consent. All the people involved in a polyamorous relationship do so willingly, and with the explicit consent of all the partners who are involved.

Polygamous or bigamous: Poligamy or bigamy refers to marriage to more than one person. While some polyamorous people may be married or wish to marry their partners, marriage is not necessarily the goal of a polyamorous relationship, although emotional connection is still a big factor.

Swingers: When couples swing or are in open relationships, there is usually a far bigger focus on casual sexual encounters, without the emotional, intimate and communicative aspects that are part and parcel of polyamorous relationships.

Only interested in group sex: Even if threesomes or group sex do sometimes form a part of polyamorous relationships, having sex with multiple partners at the same time is not a requirement of being polyamorous, and partners may often choose to only be intimate with one other partner at a time.

If you’ve never been involved in a polyamorous relationship, the prospect may seem rather daunting, especially if you are in a monogamous relationship with a partner whom you’ve not broached the subject with.

If you are currently in a relationship but are interested in expanding your horizons in this way, it is important to have an honest talk with your current partner before delving into the poly lifestyle – if you don’t, and tell your partner about interactions with other people after the fact, you can’t blame them for viewing this as cheating.

When talking to your current partner about polyamory, give them a chance to properly digest the idea and think it through, while taking care that you don’t make them feel unwanted, unattractive or less than enough. Assure them that your interest in exploring polyamory has nothing to do with not wanting a relationship with them, but rather with you wanting to expand the reach of your emotional and physical intimacy to include other people.

If you’re thinking of giving polyamorous relationships a shot in order to salvage an existing relationship that’s on its last legs, though, you’ll quickly find that not being honest about the reason for your curiosity won’t serve you well – in poly relationships, or otherwise.

Safe and healthy polyamorous relationships are based on a few key principles:

Consent: Essential to polyamory, consent forms the foundation of this type of relationship – this pertains to everything related, from the partners involved to the type of interaction with partners.

Communication: If consent is key, so is communication, as consent can only be obtained when things are discussed.

Trust: Even if they’re not monogamous, trust between everyone in the relationship is still vital for poly people.

Honesty: Of course, all of the principles mentioned above come to nothing when everyone isn’t honest.

In short, a healthy polyamorous relationship is one that all partners consent to be in, where trust, honesty and communication among partners make everyone feel validated and happy. Three’s a crowd? On the contrary – if you’re up to it and everyone agrees, the more the merrier!