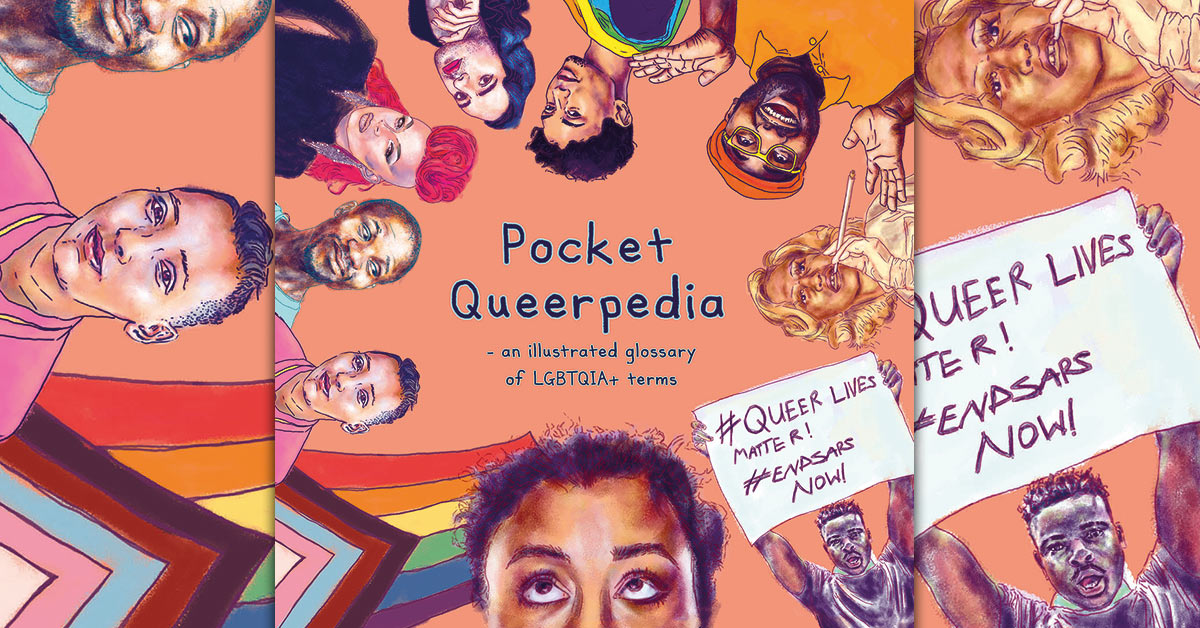 The Tshisimani Centre for Activist Education in Cape Town recently launched a new free publication that aims to provide an accessible glossary of queer terminology to activists, educators and the queer community generally.

Tshisimani’s entire staff contributed to the publication, and it was further reviewed and refined after consultation with a number of LGBTQI+ artists, activists, educators, organisations and academics.

Looking to address the lack of resources that are visually appealing to younger audiences, the book has been strikingly illustrated, and its contents have been tailored for use in a South African context. The resource is available in English, Afrikaans and isiXhosa.

The Pocket Queerpedia is the result of the insight that stemmed from a course for young activists that the Tshisimani Centre presented in 2019. Noticing that the diverse audience in attendance were not all familiar with the queer terminology used during the event, the idea to create a resource that would enable anyone with an internet connection to “broaden their understanding of the world and how gender and sexuality shape it” was born.

“Words have power. They can offer recognition or erase experiences” – the Tshisimani team

Speaking during the online launch for the Pocket Queerpedia on 13 February, Seth Deacon expressed his hope that the book would be a useful resource, and one that would speak to the South African audience it looks to empower.

The first edition of the Pocket Queerpedia is available in English, Afrikaans and isiXhosa, and can be downloaded for free here.

Tshisimani is also printing hundreds of copies to give out to organisations, educators and queer activists. Limited amounts will be available to purchase by private bookshops, well-resourced institutions and interested individuals to allow for future printing and an expanded phase two.

Take a look below at what trans filmmaker, activist and educator Zoey Black has to say about the new book.