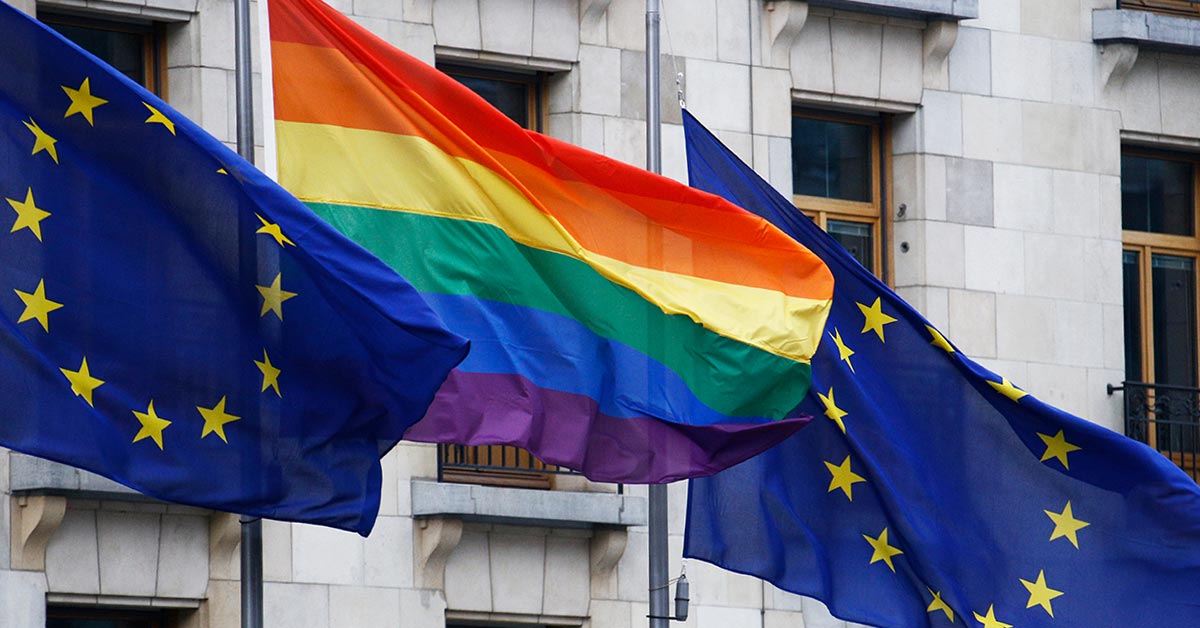 Activists have welcomed the European Parliament’s symbolic declaration of the European Union as an “LGBTIQ Freedom Zone” but say that this needs to be backed up with action.

In response to the backsliding of LGBTIQ rights in some EU countries, notably Poland and Hungary, Members of the European Parliament (MEPs) on Thursday passed the LGBTIQ Freedom Zone resolution, adopted by 492 votes in favour, 141 against and 46 abstentions.

The move was made two years after the first Polish local authority declared itself an “LGBTIQ-free zone”. Since March 2019, more than 100 Polish regions, counties and municipalities have adopted resolutions declaring themselves to be free from LGBTIQ “ideology”.

According to these resolutions, local governments should refrain from encouraging tolerance towards LGBTIQ people and withdraw financial assistance from organisations promoting non-discrimination and equality.

MEPs highlighted that these LGBTIQ-free zones are part of a broader context in which the LGBTIQ community in Poland is subject to increased discrimination and attacks, notably growing hate speech from public authorities, elected officials (including the current President), and pro-government media. They further deplored the arrests of LGBTIQ rights activists, and the attacks and bans on Pride marches.

The resolution also mentions the deteriorating situation in Hungary. In November 2020, the Hungarian town of Nagykáta adopted a resolution banning the “dissemination and promotion of LGBTIQ propaganda”. One month later, the national Parliament adopted constitutional amendments that further restrict the rights of LGBTIQ people, that do not take the existence of transgender and non-binary persons into account and limit their right to a family life.

“Good intentions are one thing. Acting on them is quite another.”

MEP Terry Reintke, Co-Chair of the LGBTI Intergroup (which represents 151 MEPs), said that while the declaration is a symbolic one for many, it is also “a sign for civil society, activists and LGBTIQ citizens in Poland, Hungary, Romania and all across the EU that they are welcomed and loved across the Union.”

Co-Chair Marc Angel also described it as a starting point. “From here, we wish to see local councils, regional governance bodies and national authorities making this declaration a reality. Ideally, we would see cities across the EU adopting similar declarations.”

In an opinion piece, Evelyne Paradis, the Executive Director of ILGA-Europe, welcomed the declaration but noted that “good intentions are one thing. Acting on them is quite another.”

Paradis said that if the EU is serious about being an LGBTIQ+ Freedom Zone, it needs to prove it. “Why, for instance, has there been no infringement procedure against Poland, even though it is blatantly disregarding EU treaties and standards?” she asked.

“The fact is that the European Commission has all the tools it needs to turn Europe into a real LGBTIQ Freedom Zone, starting with an ambitious strategy for the lesbian, gay, bisexual and transgender community, and it should make full use of them,” Paradis said.

“It should ensure full implementation of all relevant EU directives and European Court of Justice of the European Union judgements in every member state. It should ensure that all member states spend considerable EU funding in full respect of the principle of non-discrimination and respect for fundamental rights.

“It must hold EU governments accountable to the principles set out in the EU treaties and the Charter for Fundamental Rights,” added Paradis.