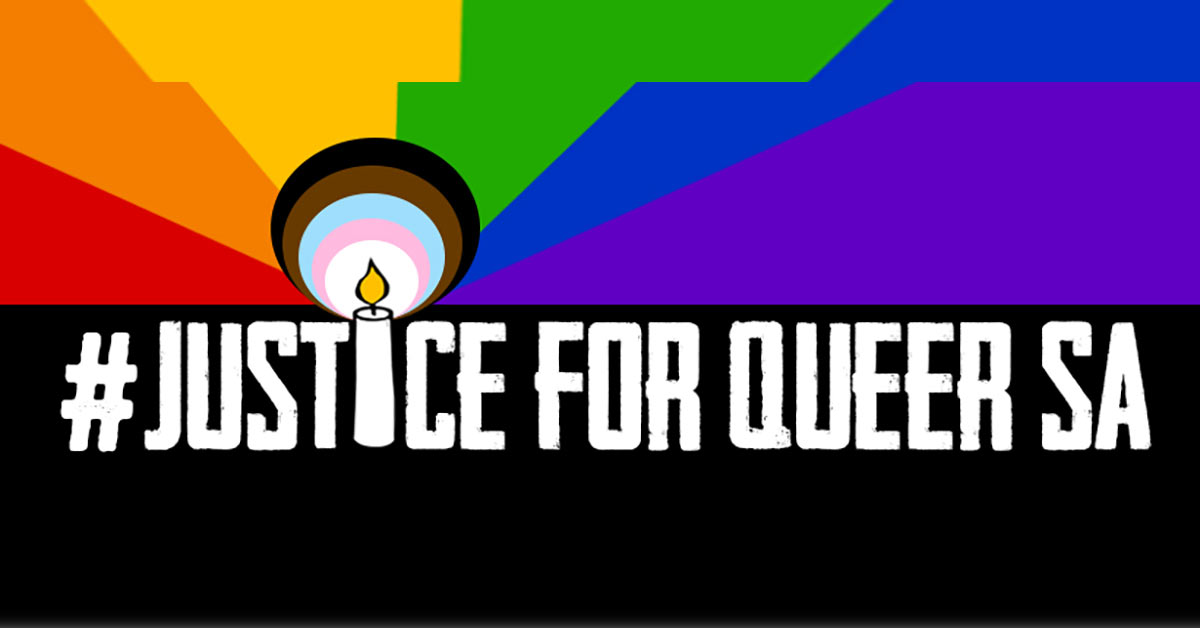 RE: Minister’s meeting with civil society LGBTIQA+ Sector organisations including those serving on the National Task Team on Gender and Sexual Orientation-Based Violence Perpetrated Against LGBTI persons (NTT)

On May 5th 2021, the directorate of the Department of Justice and Constitutional Development (DOJ & CD) met with civil society organisations (CSOs) from the Lesbian, Gay, Bisexual, Transgender, Intersex (LGBTI) Sector.

The meeting objectives were to address the recent surge in hate crimes perpetuated against LGBTI individuals nationally as well as the dysfunctionality of the National Task Team (NTT), the Rapid Response Team (RTT) and the Provincial Task Teams (PTTs).

Since 12 February 2021, there have been a total of ten murders of LGBTIQ+ individuals throughout the country. To date there are 37 pending hate crime incidents on the hate crimes roll with little, to no feedback from the South African Police Service (SAPS) in relation to these cases.

In the May 5th meeting, Minister Lamola confirmed and outlined the failures and limitations of the structures and their inability of these structures to fulfil their mandates in effectively ensuring progress on reported hate crimes against LGBTI persons.

The Minister also conveyed that the National Implementing Strategy is costed at R 26 million to implement and the LGBTI programme was only allocated R2.4 million which is insufficient to execute PTT and NTT meetings.

In a joint letter, last year, dated November 13th , LGBTI Sector CSOs raised their concerns surrounding the collapse of these structures. We received a response that outlined that the DOJ & CD had moved the entities that are responsible for monitoring hate crimes to Court Services. Furthermore, there was promise of a memorandum being drawn up to reinstate the Assistant Director for the LGBTI programme which has subsequently not happened.

At the May 5th meeting between the DOJ & CD and the LGBTI Sector, the Minister asked that the department be given 21 days to respond to the asks of civil society.

The LGBTI Sector is therefore expecting to receive feedback from the DOJ & CD by May 26th, 2021 in relation to the below as outlined in the May 5th meeting:

This letter is addressed to you as a joint effort by the LGBTIQA+ Sector comprising of organisations and significant community representation. We would appreciate a comprehensive response by May 26th 2021 as promised.

Yours Sincerely,
The National LGBTI Sector