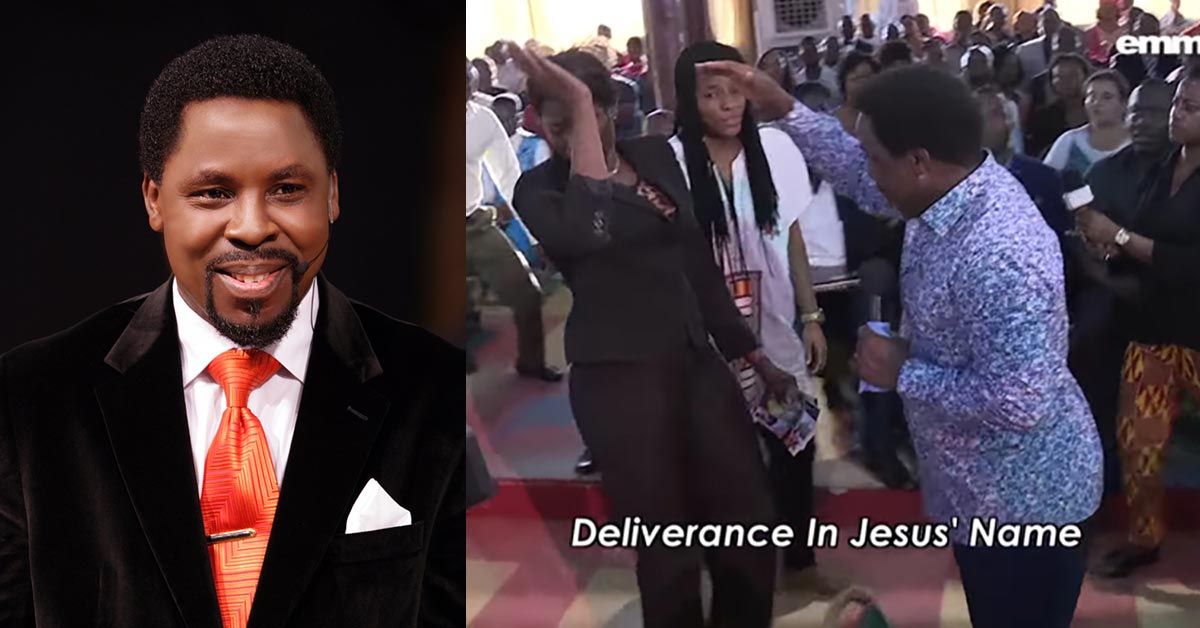 Nigerian Pastor TB Joshua has unexpectedly died amid calls for MultiChoice to suspend his Christian channel because of his church’s dangerous gay conversion therapy practices.

It was reported over the weekend that the influential religious personality, who headed up The Synagogue Church of All Nations, had passed away at the age of 57. The cause of death has not been disclosed.

“God has taken his servant prophet TB Joshua home — as it should be by divine will. His last moments on Earth were spent in the service of God. This is what he was born for‚ lived for and died for,” said the church in a statement.

Joshua had a significant following in South Africa thanks to his version of a so-called prosperity gospel, which preaches that God wants his faithful to be wealthy.

This after openDemocracy complained to the platform about at least eight video clips on the channel that showed the charismatic Christian televangelist “engaging in violent exorcism to ‘cure’ gay and lesbian congregants of their sexual orientation by casting out ‘the demon of homosexuality’.”

Conversion therapy is offered by certain therapists and religious counsellors in a misguided attempt to change sexual orientation or gender identity in individuals. The practice has been shown to be ineffective and harmful and has been condemned by mental health organisations around the world.

ICJ said in a statement that MultiChoice has a responsibility to ensure that it does not broadcast depictions of “violent ‘conversion therapy’ and hate speech against LGBT persons amounting to discrimination and human rights abuses.”

While the ICJ noted MultiChoice’s assertion that Emmanuel TV is a third-party channel and consequently it has no editorial control or oversight over the content of the channel, the ICJ argues “that MultiChoice has a duty to not broadcast material that is discriminatory and in contravention of the South African Constitution.”

The group insisted that MultiChoice investigate the channel’s content and exclude Emmanuel TV as part of MultiChoice’s package to the public, or alternatively, to heavily condition its contract with Emmanuel TV to disallow the broadcast of offensive materials.

It further urged MultiChoice to update its internal policies “to bring them in line with human rights standards, the South African Constitution, and local laws on non-discrimination,” adding that “this includes contractual arrangements with third party channels like Emmanuel TV which may broadcast discriminatory content.”

It’s not yet clear what impact Joshua’s death will have on his channels and church.