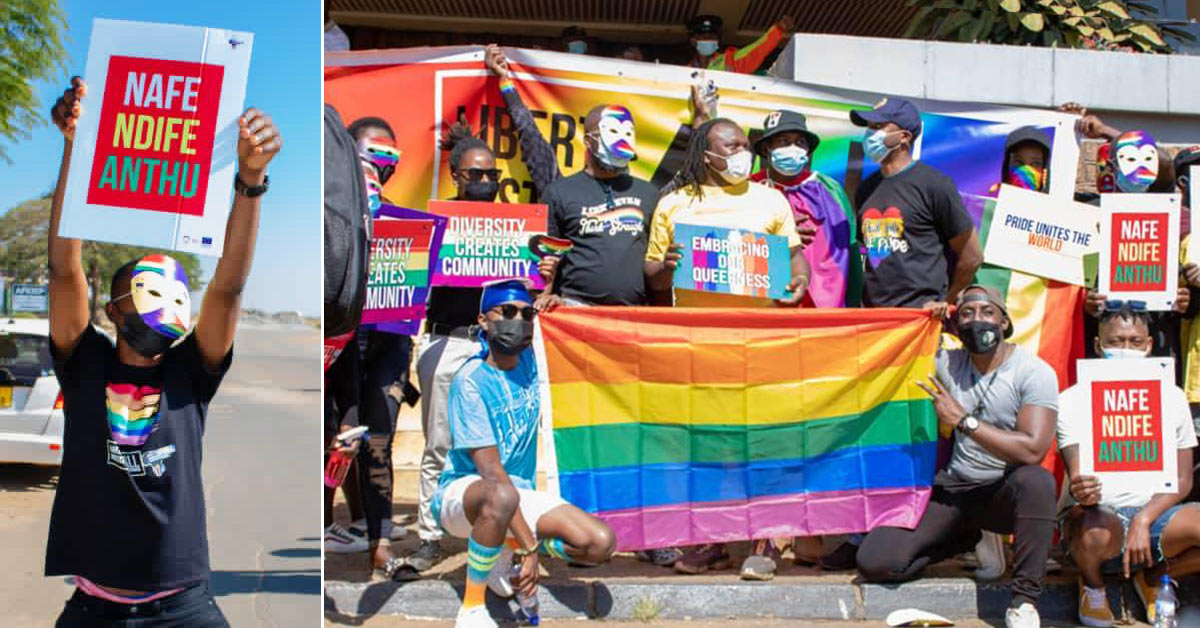 Saturday’s peaceful march in the streets of the capital Lilongwe was organised by a coalition of LGBTI and allied groups and included the participation of Chikondi Chijozi, Commisioner of the Malawi Human Rights Commission.

“We’ve had Prides that were held indoors but this was the first one to take to the streets,” said Eric Sambisa, Executive Director of NYASA Rainbow Alliance, one of the organisers. He admitted that he was surprised that the authorities had granted permission to hold the event.

“We were exercising our constitutional right. We’re happy that people came. We were about 75 and we had protection from the police and [private] security just to make sure we wouldn’t be interrupted,” he told MambaOnline.

“There were some negative reactions but not physical assault. We could hear people mocking us in the distance. And there have been threats on social media since the march,” Sambisa said.

The protestors, some of whom were masked to protect their identity, held up placards calling for equality and freedom from persecution, with slogans like “we are human too” and “everyone wants respect”.

With many draped in rainbow colours, they marched for about an hour to the Civic Centre where the organisers handed over a memorandum addressed to the government.

In it, the groups expressed their disappointment at the government’s rejection of recommendations made late last year by the UN Human Rights Council to uphold the rights of LGBTI people in the southeastern African nation.

The organisations also noted that the government appeared to be reversing some promising steps taken by the previous administration, including lifting an earlier moratorium on the arrest of those accused of same-sex sexuality.

Sections 137A, 153 and 156 of the Penal Code outlaw homosexuality in Malawi with penalties of up to 14 years in prison. 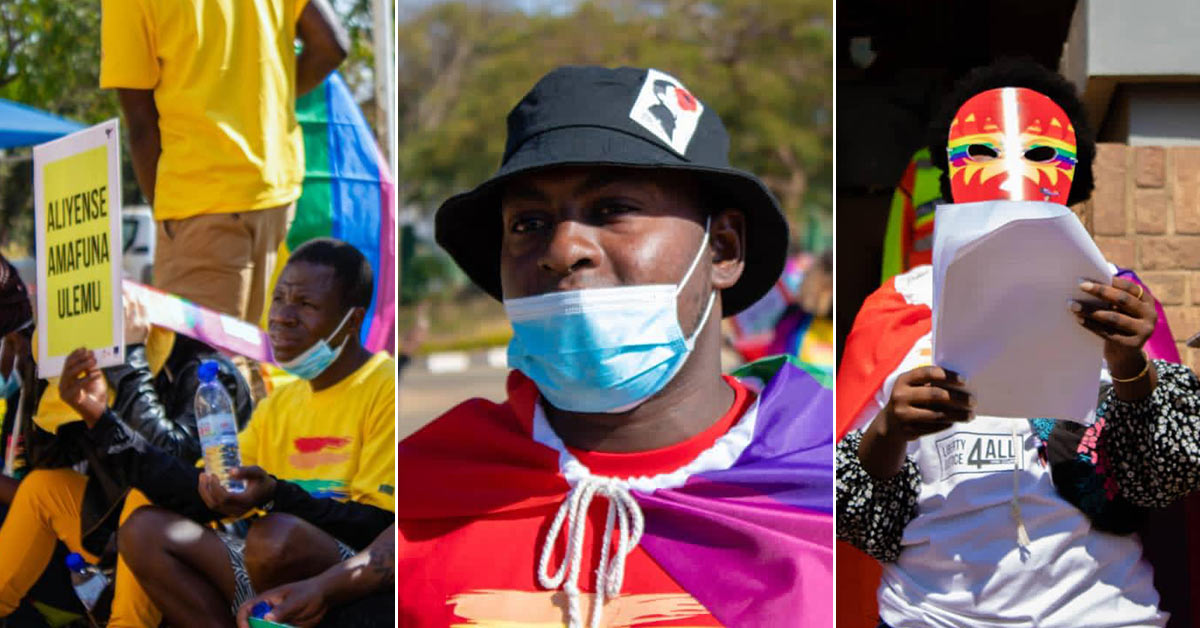 The government’s plan to hold a referendum or survey on the rights of LGBTI citizens was also rejected by the organisations. “We cannot subject issues of minority rights to a study or a referendum,” insisted Sambisa.

A 2016 Afrobarometer survey found that just 6% of Malawians would be comfortable with having gay neighbours.

“LGBTI people are subject to violence each and every day in Malawi. Instead of progressing, the government is going backwards. We want the state to end the stigma and discrimination,” said Sambisa.