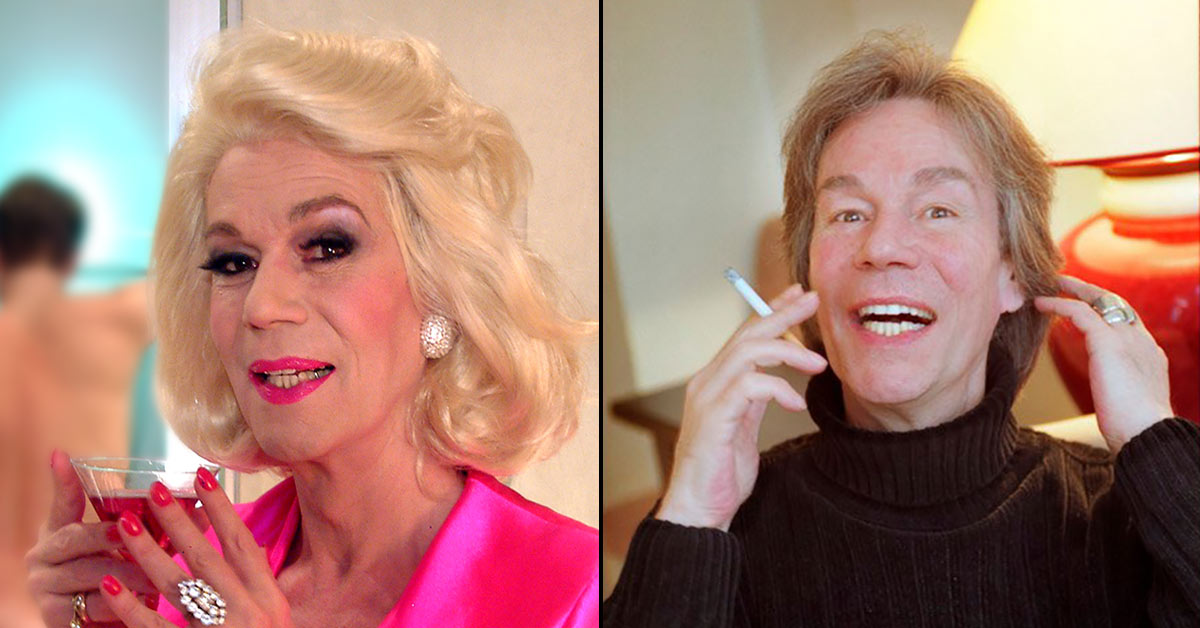 Edwin van Wijk, the actor who scandalised, enlightened and entertained South Africa as the iconic Baroness, has passed away in Amsterdam at the age of 74.

Van Wijk was born in Grahamstown, went to school in Cape Town and studied acting and performance at the Bristol Old Vic Theatre School (where he was reputedly roommates with Jeremy Irons). He went on to appear in several stage productions in London and locally, such as Evita.

He also became known for his no-holds-barred character of the Baroness Coral von Reefenhausen who made a splash on the South African cabaret circuit with her dry, cutting wit and flair for the dramatic.

According to the Baroness lore, she was born in Berlin, grew up in Rio de Janeiro, ‘finished’ in Switzerland and “shocked the family” by embarking on an acting, singing and dancing career. She married and divorced a baron (but kept the title) and then married a wealthy Italian who died in a light aircraft accident soon after, leaving his entire fortune to his wife.

The Baroness appeared on television chat shows, performed at the Sun City Superbowl and presented her ‘one-woman show’ – Ladies and Gentleman…The Baroness – at the Nico Malan in Cape Town. Van Wijk also wrote for several gay publications, including an outrageously inappropriate “advice” column on MambaOnline, under the persona of the Baroness.

It was, however, the 13-part 2003 ‘adult variety chat series’ Below The Belt, that brought the character into the homes of many South Africans.

Each episode saw the Baroness humorously explore an aspect of the sexual underground, such as gay bathhouses and swingers parties, followed by an interview with a celebrity about their sex life.

It was a huge hit on SABC 3 and broke new ground in broadcasting: it was at that point the most sexually explicit local show ever screened on South African public television. In response to a smattering of complaints from offended viewers, Below The Belt was moved to a later timeslot.

In a statement at the time, the Baroness slammed “the minuscule minority who have the arrogance to dictate what is appropriate for South African adults” and called on her fans to support her “struggle to liberate South Africa from rigid thought, repressed sexuality and the tyranny of bored blue-rinses”.

The Baroness became so well known that she was even named one of the “women of the year” by the Saturday Star newspaper. Never afraid to court controversy, the Baroness was famously thrown off the Gareth Cliff Show on 5FM after repeatedly swearing, live on air.

In the middle of Below The Belt’s run, van Wijk immigrated to Amsterdam with his beloved Dutch-born husband and partner of decades, Peter van de Wouw (a one-time Playgirl model). They lived in an apartment on the Singel Canal bequeathed to them by a wealthy friend.

After Peter passed away on Valentine’s Day in 2014, Van Wijk descended into a long depression and suffered from ill-health. In February 2021, he moved into a care home where he died in the early hours of Wednesday morning from a lung condition.

The last few months of his life, however, saw the entertainer emerge once again, with Van Wijk giving impromptu performances to fellow residents. “He was revitalised! Instead of being by himself, he found an audience in the home,” close friend and neighbour Mirjam Coelho told MambaOnline. “The people and the staff loved having him around. He was so lively, energetic and full of stories.”

Lars Schwinges, who directed Below the Belt, said he was deeply saddened by van Wijk’s death. “His passion was infectious and working on the series was such a special time. I was very happy to visit Edwin in November 2019 at his home in Amsterdam and then again in August 2020 when, due to Covid concerns, we decided to chat, with me below his upper floor window. In a true dramatic Edwin flourish, he threw a single pink rose down from the window. I know he will be very happy to rejoin his beloved Peter.”

Van Wijk lived a colourful, memorable and fearless life. His stories often seemed fanciful; one wondered what was true and what was exaggerated. Invariably, they usually turned out to be accurate. He will be remembered for his humour, his talent, his warmth and, of course, his inimitable creation; the Baroness.