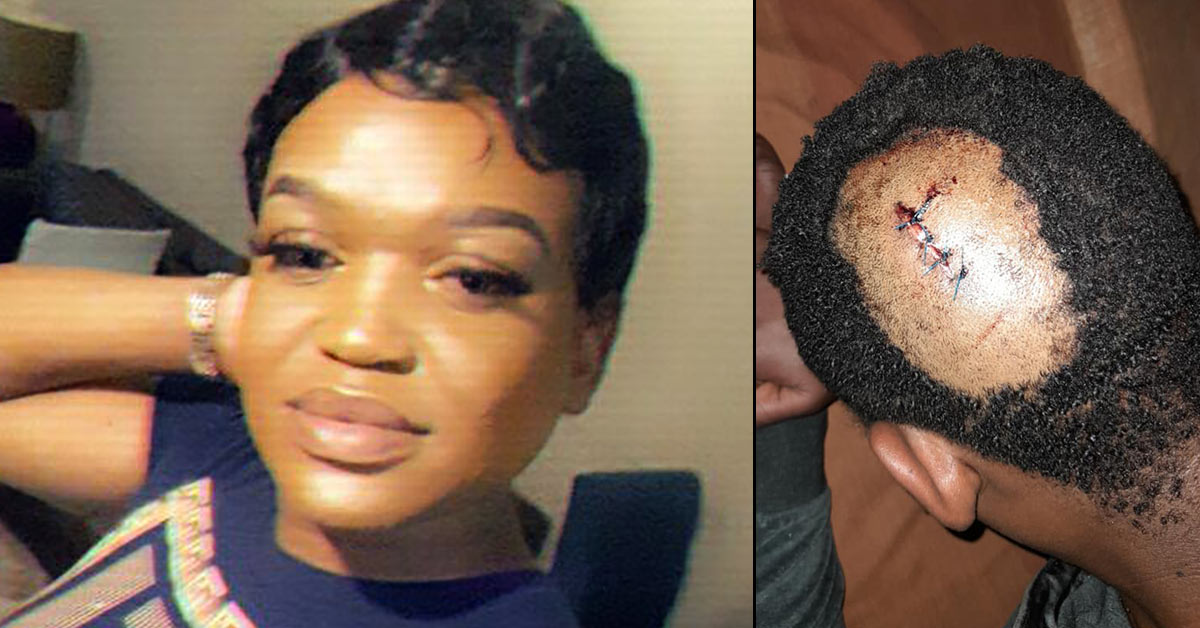 Bhumi North was left with devastating physical and psychological injuries

A transgender Gauteng woman was left temporarily unable to talk after being bashed in the face and head by a man with a car jack in what they say is a hate crime.

Bhumi North told MambaOnline that on the night of Sunday 15 August they and their friends were walking through their neighbourhood in Dobsonville, Soweto when a local man started verbally abusing them.

The 28-year-old makeup artist says the man, who has previously made queerphobic comments to them, has lived in the area for about four years.

“When I said, ‘please can you stop this harassment, leave me in peace,’ he started swearing at me,” they say.

North claims that after they walked past, the man got in his car and allegedly tried to run them down, before stopping and confronting them again.

“Then he opened the boot and took out a car jack. He hit me the first time but it was only the second time when I was on the ground that I realised what it was,” they allege.

“The first time broke my teeth… I tried to get up but he hit me again,” says North. “He was calling me ‘a gay bitch’ and saying, ‘I’m going to kill you. I will show you what you are made of.'”

They pleaded for him to stop but he allegedly hit them again. “I became numb to the pain. I was saying ‘sorry, please can we talk about it?’ Then I don’t remember what happened until I woke up in the hospital four or five hours later.”

North had to have stitches on their lips and head. “My jaw was fractured, my front teeth were all broken and my right shoulder is injured.” They’ve been in constant pain and was only recently able to start talking again. “I still can’t eat, I can’t chew anything.”

North has laid charges against the alleged assailant but claims that the man’s girlfriend attempted to bribe them to withdraw the charges. They also fear that their alleged attacker may only face common assault charges instead of attempted murder.

While North waits for a court date, they remain traumatised by the incident. They are terrified that they may be targeted by the alleged assailant or his friends.

“I am not feeling safe. I can’t be alone anymore and I am always scared. I can’t sleep at night,” North says.

They are also struggling to pay for travel and other costs to see a dentist and specialists. “I can’t work as a makeup artist. I can’t go to people with these stitches, and my right shoulder is injured.”

North’s assault is the latest in a spate of attacks on LGBTIQ+ South Africans that have seen at least 18 individuals murdered since 12 February this year.

Transgender people in South Africa face an alarming rate of discrimination. A 2016 survey by OUT found that 47% of transgender respondents experienced discrimination in the previous 24 months.