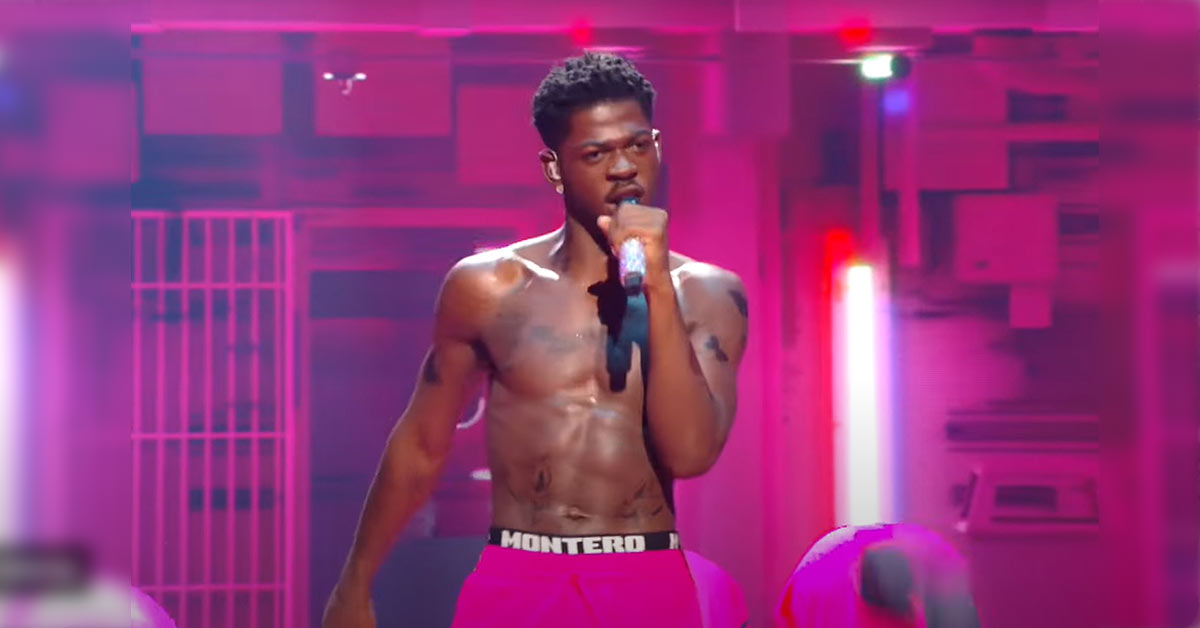 Lil Nas X has been applauded for promoting LGBTQ equality and highlighting HIV stigma in his performance at the MTV Video Music Awards (VMAs) on Sunday.

LGBTQ media lobby group GLAAD said that the out queer star’s performance sought to “accelerate acceptance of LGBTQ Americans and shine a spotlight on the stigma that fuels HIV, especially across the South, where Lil Nas X is from.”

His performance of the hit singles Industry Baby and Montero (Call Me By Your Name) again included homoerotic elements that have seen Lil Nas X spark conversations around LGBTO inclusion and heteronormativity.

Mardrequs wore the number 433,816 in red, representing the universal colour of awareness and support for HIV, as well a the number of people living with HIV in the American South as of 2015, which has increased substantially over the years.

“This experience was surreal!” Harris said in a statement. “Having the opportunity to share the stage with Lil Nas X was something I never would have imagined. And to have him use his platform to raise awareness about HIV stigma is invaluable to our work.”

Lil Nas X went on to win three VMAs at the award show: including best video, best direction and best visual effects for Montero (Call Me By Your Name).

“When public figures like Lil Nas X– particularly those from the U.S. South – use their platforms to communicate HIV facts, it encourages a new generation to join this fight to end this epidemic once and for all,” said Dafina Ward, Executive Director of the Southern AIDS Coalition.

The VMAs performance follows Lil Nas X’s announcement of the ‘Montero baby registry’ timed with the 17 September release of his new album Montero. Each song on the album has listed a charity or group that fans can donate to, including 13 HIV organisations.

Lil Nas X’s powerful statement is a far cry from the actions of rapper DaBaby, who in July caused a stir by making ignorant claims on-stage that HIV is a death sentence.