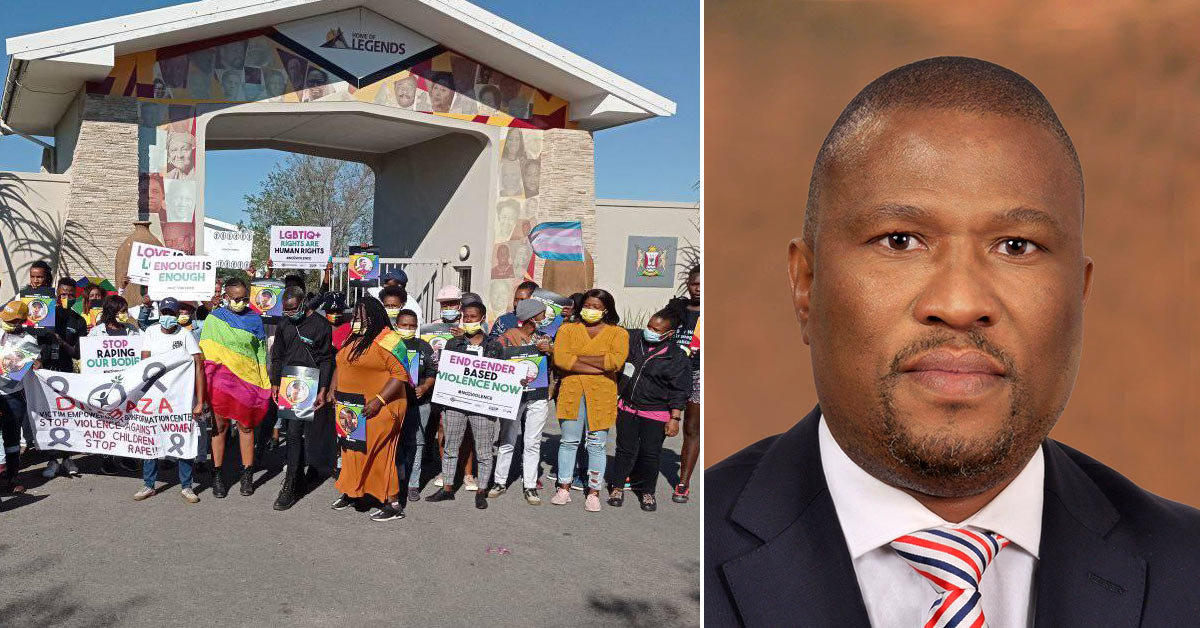 LGBTIQA+ activists in the Eastern Cape are furious that, after almost four months, the premier has still not responded to their memorandum on hate crimes and discrimination in the province.

On 24 May, following a spate of homophobic murders and violent hate crimes in the Eastern Cape, members of the LGBTIQA+ Sector – a network of LGBTIQA+ groups – marched to the premier’s office in Bhisho to hand over the memorandum requesting his immediate attention and intervention.

The memorandum was accepted by an official in the office and a promise was made that Premier Oscar Mabuyane would respond within 14 days.

In the document, 12 rights organisations noted that since 2019 the Eastern Cape had experienced over 15 known hate crime cases. The province was also called out for limited health facilities that offer hormone therapy, for failing to provide shelters that service the LGBTIQA+ community and for not having inclusive education policies.

The groups called for the premier to meet with the LGBTIQA+ Sector to address the challenges raised, including sensitising officials in the health, education and policing sectors.

“To date, almost four months later, the sector has yet to receive a response from the premier,” said the Eastern Cape LGBTIQA+ Sector in a statement on Wednesday.

Sibonelo Ncanana, Co-Chair of the LGBTI Provincial Task Team, told MambaOnline that repeated requests had been made for a response, all to no avail.

What has further angered activists is that the premier’s office reportedly chose to unilaterally organise an LGBTIQA+ “rights awareness session” in Port St Johns this week without consulting the sector. The office also sent an email to some leaders of the LGBTIQA+ community requesting their participation.

The sector responded with “contempt and disdain” to the invitation. “How does the office of the premier justify soliciting help from the very sector that they have disregarded and rejected for so long?” the activists asked.

“We are tired of constantly being used by government as a tick-box exercise to tell a false ‘good’ story that not only distorts the truth about LGBTIQA+ issues but also portrays a caring and compassionate government when it suits them.”

The sector described the premier as a ‘father figure’ who has the responsibility to ensure fair and equitable access to opportunities, safety and protection and adequate health care to all citizens in the province.

“Yet the LGBTIQA+ continue to be targeted and slain with impunity, our people are continually being shunned from homes, places of work, and religious institutions, rendering them homeless and often without shelter,” said the activists.

“It is clear that amongst his citizens, ‘Father Premier’ has his favourites, the ones who have his ear, who capture his attention at the slightest cry, but, for us, his ears do not hear and his eyes refuse to see. Where do we belong?”

The sector confirmed that in light of the premier’s “disregard for the plight of the LGBTIQA+ Sector in the Eastern Cape Province” it will “neither support nor attend the ill-advised event” in Port St Johns.

“Our premier and his government departments and institutions must learn that it is disingenuous of them to plan anything for this sector without involving it from the inception. Gone are the days of pontificating from spaces of comfort whilst we are de-valued, disregarded and left to die at the hands of our father’s favourite children,” concluded the statement.

MambaOnline has contacted the premier’s spokesperson for a response and, if received, will either add it to this article or publish it separately.