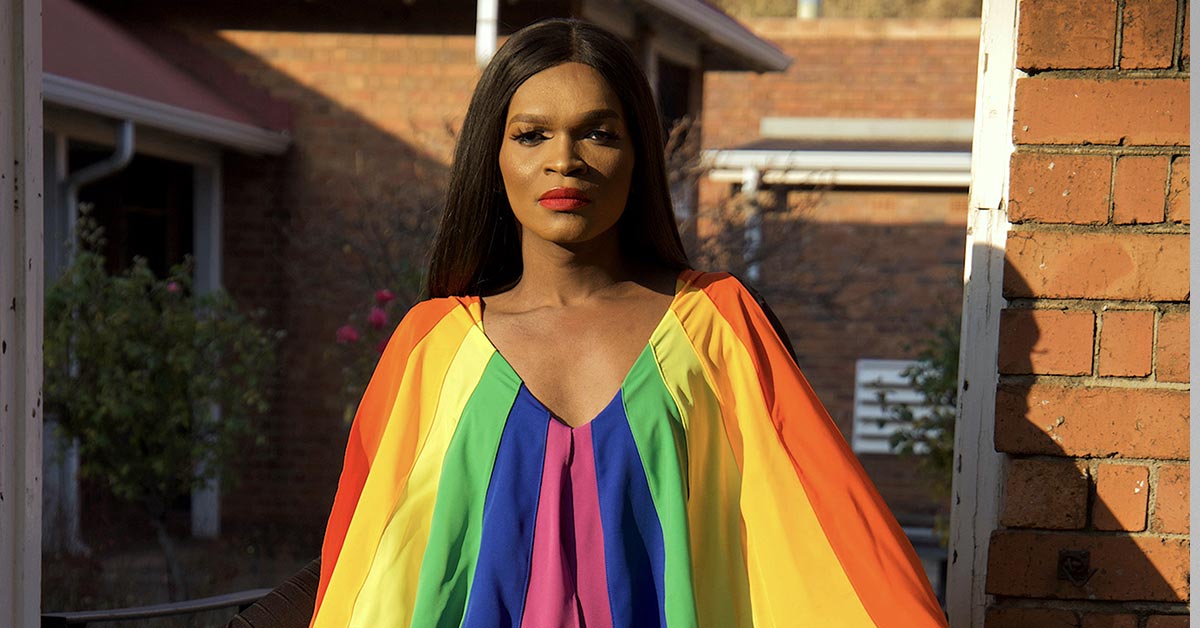 After appearing in the groundbreaking reality TV series Becoming, Mavundla was recently named Sowetan Women’s Club Trendsetter in the arts and culture. In August, she launched the Layers of a Black Transgender Woman exhibition at Constitution Hill.

She is again using her influence to ensure that LGBTIQ+ stories are told by members of the community “their way and the way they see fit.”

The 31 Years of Pride Catalogue consists of 31 letters from the members of the LGBTIQ+ community and its allies. During October, Constitution Hill will each day publish one of the letters on its website.

Some of the voices include reigning Miss South Africa, Shudu Masina; Gay rights activist and former Justice of the Constitutional Court, Edwin Cameron; Miss Tasha, an openly transgender woman employed as a primary school teacher; Napo Masheane, who is a rainbow parent, and many others from different walks of life.

“Despite its on-paper protections for queer folk, South Africa is no walk in the park for LGBTIQ+ South Africans. (The unrelenting violence meted out on poor, black, gender diverse folk in particular bearing a terrible testament to this),”writes journalist Carl Collison in his letter. “And while we should never lose sight of this as we take to the streets to celebrate and demand a more just world for ourselves, we should also make huge space in our hearts, minds, and engagements for our family from outside our borders.”

Mavundla says that besides the letters “being a very important archive of our history published in a government platform, Constitution Hill, this is to make a statement, to say government can’t come back and say they are not aware of our issues as the LGBTIQ+ community.”

She continues: “Also, there have been many politics around Pride in South Africa, which made many people find themselves losing a sense of belonging and togetherness. I wanted different voices in one catalogue that will make us realise we might have different stories and experiences but we are one, and to say spaces like Constitution Hill belongs to us too as the LGBTIQ+ community.”

Mavundla tells MambaOnline that the letters will be published in as a printed collection at the end of October.

October is recognised as Pride Month in South Africa, and some other parts of Africa, to commemorate the continent’s very first Pride march, which was held in Johannesburg on 13 October 1990.