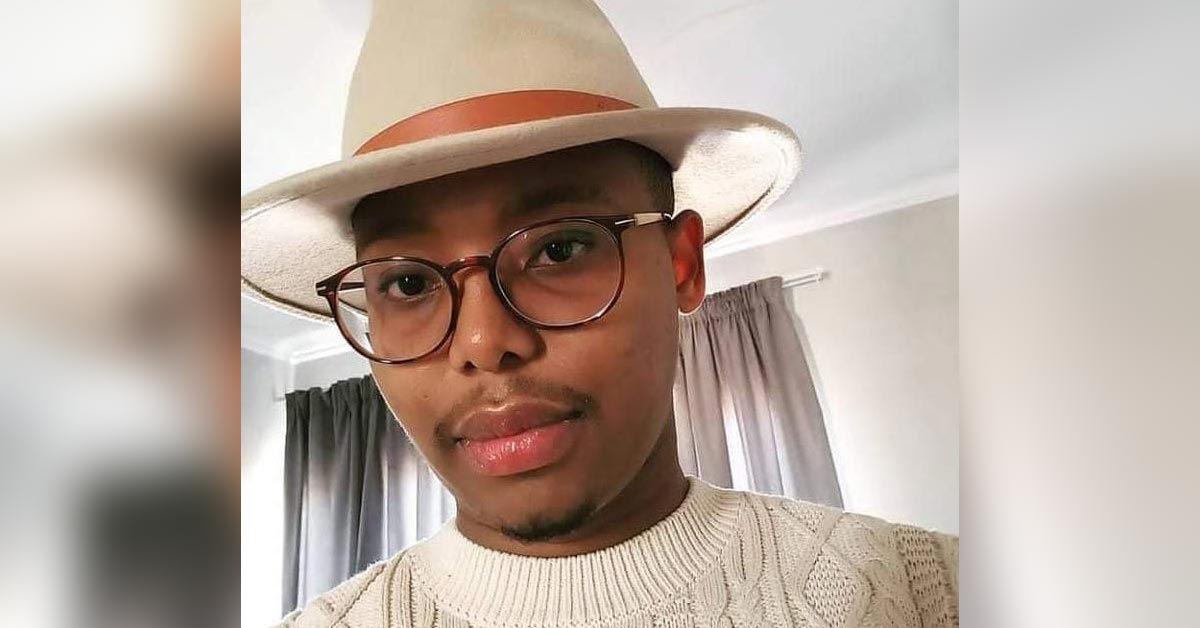 A traumatised woman is calling for justice after witnessing her gay brother stabbed to death in front of her during a night out that went horribly wrong.

When Zubaida Shabangu travelled from Cape Town to Johannesburg for the weekend she looked forward to spending time with her brother, Zimasile Zubair Shabangu. She fondly describes her sibling as “practically my twin”.

The 36-year-old Zimasile had been living and working in Gauteng for about two years and was employed by Transnet. He was gay but it wasn’t something that had been explicitly talked about with his family.

“Our parents did know but he never told our parents; there’s still a bit of stereotypes in the black community. It’s like my parents know that I drink but I don’t drink in front of them,” Zubaida tells MambaOnline.

On Sunday 3 October, she, Zimasile, his partner and a group of friends met up in Soweto to socialise. At about 10pm, they stopped off at a pool party in Winchester Hills.

“It was people that we don’t know. My brother decided to leave. The one guy then says ‘let’s go to my place in Northriding.'” While she and Zimasile didn’t know the man, a mutual friend assured them it was fine to go.

The group headed north in three cars to the man’s home. Once there, Zubaida alleges that the man started harassing Zimasile. “He was picking on my brother because of his sexuality. My brother was there with his partner and [the man] kept picking on them.”

They at first brushed it off and continued to socialise. Because it was too late to drive due to the lockdown curfew they decided to stay at the man’s home. Zubaida and a friend fell asleep on the couch. They woke up in the early hours to the sound of raised voices.

The man who lived there had accused Zimasile of stealing his phone. “He’s pushing my brother, and I was angry. I’m assuming the guy was on drugs and was high. He was looking for a fight and picking on him [Zimasile] because of his sexuality.”

“It could get swept under the carpet very easily…”

Alarmed and unable to calm the agitated man, Zubaida, Zimasile and his partner decided to leave before the lockdown ended. As they were walking out, she alleges their host became violent.

“I don’t know what he got from the kitchen; I don’t know if it was a knife or a screwdriver… He slaps me and goes straight for my brother,” she recounts. “He overpowered everyone, and my brother falls outside the apartment. And he just stabs him four times.”

Zimasile at first didn’t realise that he’d been stabbed. “He didn’t feel it. We managed to walk down the stairs and then he just collapsed. When we turned him on the side we saw a hole in his jersey and blood,” says Zubaida.

“We tried to get an ambulance; we were panicking. We rushed him to Olivedale [Hospital].” But her brother was gone. “That was it…” she adds numbly.

Zubaida returned to the complex with the police, but the man had allegedly run off. He was only arrested after she posted about her brother’s murder on Facebook and the alleged attacker’s mother turned him in.

Zubaida is convinced that her brother’s sexuality played a significant role in his brutal death. “There were other people [the man] could have picked on and he just kept picking on them [Zimasile and his partner]. It was clear that was his issue. He kept mentioning it.”

She remembers Zimasile as lovable and always positive: “He was bubbly, down to earth, respectful. He lit up the room and had the ability to bring people together. He was soft-spoken and was a people’s person. No one ever had issues with him.”

MambaOnline has chosen to not name the alleged murderer at this time as we been unable to confirm the status of the legal proceedings against him. It’s understood, however, that he has appeared in court and has been denied bail.

Zubaida is not confident that she will see justice in her brother’s murder. “The detectives didn’t even tell us that he [the suspect] had been arrested or that he was appearing in court. It could get swept under the carpet very easily.”

She’s called on the LGBTIQ+ community to share Zimasile’s story widely and to loudly demand justice for his death.

In the meantime, Zubaida, her family and Zimasile’ partner are left to deal with the horrific consequences of one man’s deadly but seemingly casual act. “It’s a mess for my family. I am a mess. It’s just not normal,” she says dejectedly.

Zimasile was laid to rest on 8 October in Cape Town. He is the 20th known LGBTIQ+ person murdered in South Africa since February.