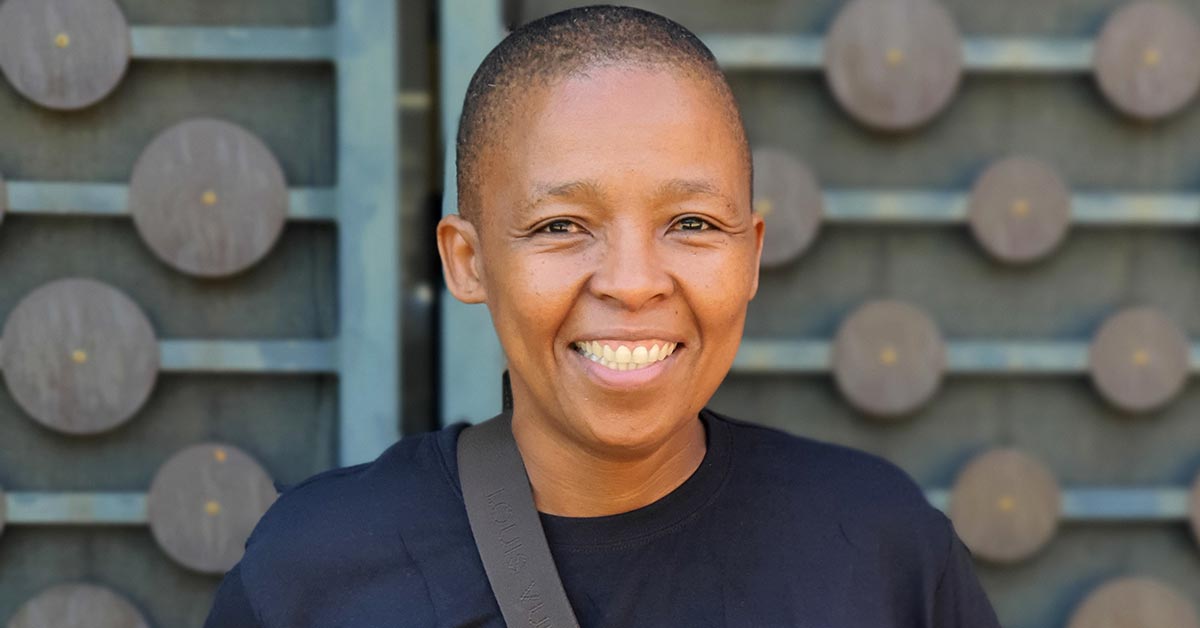 Numerous international studies have shown that LGBTIQ+ people’s mental health is deeply impacted by an often stressful, stigmatised and even violent existence, simply for being themselves. In South Africa and the rest of Africa, there is little acknowledgement of this and there are even fewer resources to address the crisis.

It’s in that context that, on 15 October, the Queer Mental Health Conference – said to be the first of its kind in Africa – was held at Constitution Hill in Johannesburg.

Hosted by Queerwell – a Gauteng-based NPO that provides mental health care and support to the LGBTIQ+ community – and the Thami Dish Foundation, the event sought to highlight this pressing topic.

MambaOnline spoke to well-known LGBTIQ+ doctor, Dulcy Rakumakoe – one of the founders of Queerwell – about the mental health challenges facing the community and the lack of access to support.

Why is it so important to highlight mental health in the LGBTIQ+ community?

Because it’s not talked about. We don’t acknowledge that it exists, and it is a big problem. When you go into the literature and try and find what the stats look like; what are the levels of depression in the queer community, you know, it’s all speculative. No one has really done a study [in South Africa]. So, it’s not something that we even talk about in medical schools when we address psychiatry and mental health issues. We never really go into the challenges of queer people and how that affects their mental health. And a lot of these services are not where many of the people are, in the townships or the rural areas.

How do you think an event like the Queer Mental Health Conference can make a difference?

The first thing is to create awareness and have this as an actual topic. We have lost people to suicide. We have people being assaulted and killed in communities, and this impacts the mental health of the queer people who are living in those communities. If you know your friend was killed two weeks ago, there’s no way you can now safely walk those streets. This is not addressed and people in those places cannot easily go to their local clinic and say, “I’m anxious, I need assistance, I am depressed”, because they get secondary victimisation.

While there may not be a lot of research on this in South Africa, international studies show that LGBTIQ+ people tend to have higher rates of mental health challenges. Why do you think that is?

The biggest number one challenge is coming out; when you’re coming out to yourself, as a young person. Realising that you are different to others in your school, in your church, in your community. Having to navigate that and accept that about yourself is challenging. There is the fear that you will be disowned by your family, the fear that you may disappoint people in the church and in the community. Number two, there’s bullying. Queer people are bullied in schools. Sometimes you get a homophobic teacher and then your school is not a safe environment anymore. People are also bullied in workplaces. Even as adult people they are not able to come out and be their true authentic selves in workplaces because of these fears of discrimination.

The minority stress theory says that members of stigmatised minority groups face chronically high levels of stress, which leads to mental health challenges. Do you agree?

To a huge extent! Because there are all these intersecting issues, like finding out that you’re queer and being unemployed, living in places where there are no resources… it becomes a compounding thing on top of the stress of being queer and thinking, “is it safe for me to be in this space?” Constantly living like that [takes its toll]. And when you change jobs, you have to come out again. You then think that you might not be good enough; you might not be deserving of all the benefits that the rest of the community has.

International studies also seem to show that as a community we tend to have higher rates of substance abuse.

There are stories of substance abuse among so many of our people. They tend to use substances to try and cope with all the challenges and mental health issues that they are not dealing with because people have not gone to therapy or found assistance. People turn to alcohol, people turn to marijuana, people turn to drugs, as a way to calm the pain of being rejected at home or being rejected in other spaces.

What, in your experience, are the biggest mental health issues facing the LGBTIQ+ community?

Well, number one is depression. Number two is anxiety. And number three is substance abuse. And the three of them interplay. Sometimes depression comes with anxiety, sometimes substance abuse is a way to cope with the depression and the anxiety. That’s the top three but they [often] interweave into one another.

“Accepting who you are is very important but very difficult…”

To what extent is suicide a problem in our community?

It’s a big problem. I think this year alone, we’ve heard about six cases where people committed suicide. I’m sure people have heard of more. I remember at one point it was happening more in the Vaal [region] because there were such high violence rates happening in the area.

Does internalised homophobia play a big role in our mental health?

Yes, it’s a big one. The coming out to self is the most difficult. That ties into the theme of self-care, self-love and just realising that you are adequate and enough. Accepting who you are is very important but very difficult, especially given people’s different challenges. Some people may be Muslim, they may be Christian, where families can be very forward about how homophobic they are and how it is wrong according to God. So, someone might feel that there’s something wrong with them. Some go as far as living heterosexual lives because they just cannot get to a level of accepting themselves. And some of those people might even become violent to people who are openly queer because of that anger of other people having gone past that stage, that they could not go past.

Is there enough mental health support for LGBTIQ+ people in South Africa?

No, a big no! For example, since 2019 our organisation has not received any funding. No one has come forward to say we will support you, and we have knocked on many doors. And we are the only organisation that was started specifically for the mental health of queer people. The level of support is very low.

Do people in our community know where to go for help?

People don’t know where to go. And you know, it’s a pity that the government was not here today because those are some of the things we want to raise; how does the government take that initiative – as much as they will inform people to go out and vote – to inform them where to go for help and say, “these are the numbers to call if you are LGBTIQ+.” The government really needs to come to the party when it comes to making sure that information is disseminated to communities.

How can we improve access to mental health support for LGBTIQ+ people?

Number one is education. Education of communities so that people can identify when they have mental health issues, or when their loved ones have mental health issues. Next is the education of the spaces that people will go into to seek assistance, like the local clinics, the hospitals, the government institutions, the doctors and psychologists; everyone needs to be educated on the existence of this so that we can all be there for one another.