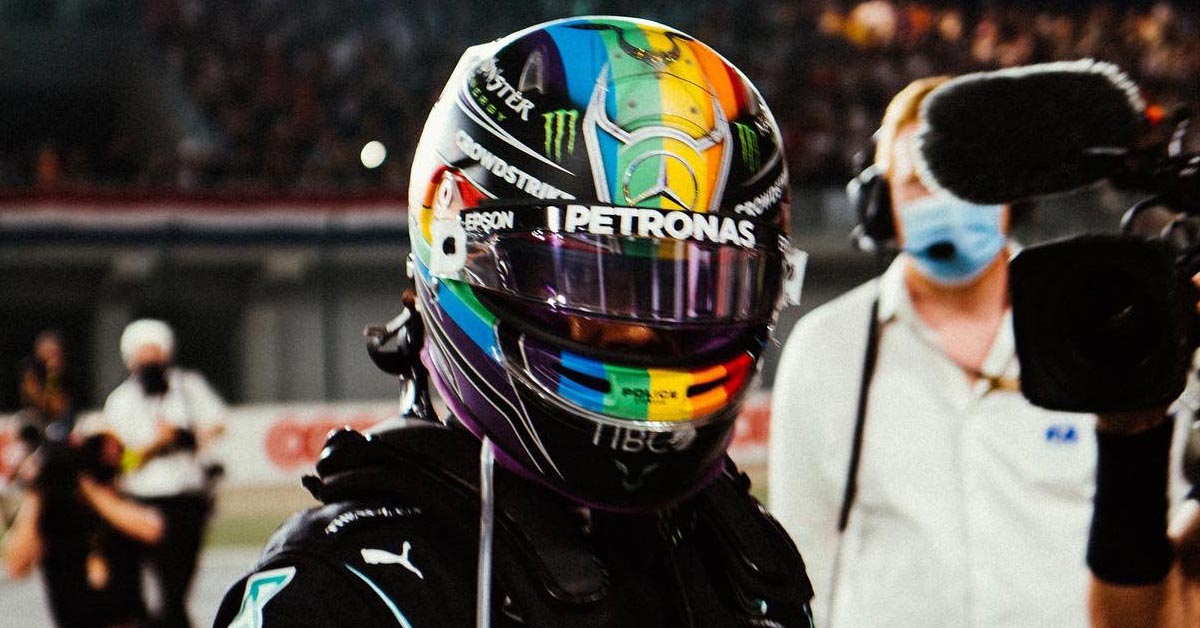 Hamilton took the chequered flag despite a drama-filled race that saw him colliding with fellow driver Max Verstappen, who came in second place.

It’s the second Formula 1 contest in the Middle East in which Hamilton’s donned the helmet after doing so at the Qatar Grand Prix last month.

The helmet is composed of the Progressive Pride Flag with a message on the back that states: “We Stand Together”.

Speaking ahead of the Saudi Arabian Grand Prix, Hamilton admitted that he was uncomfortable racing in the country because of its poor record when it comes to human rights.

Organisations like Human Rights Watch and Amnesty International have criticised holding international events in repressive countries like Saudi Arabia where LGBTQ+ people can be arrested, flogged and even executed for being themselves.

“I believe everyone should have equal rights, freedom of speech, freedom of movement,” Hamilton told Sky Sports. “And there’s places where that’s not allowed. Places such as here where the LGBT community, there’s prison time, the death penalty and restrictions for people being themselves. And I don’t believe in that.”

Hamilton expressed hope that his actions could help “spark the conversation” and create “that uncomfortable discussion that is needed in those places.”

The group Racing Pride, which promotes LGBTQ+ inclusion in motorsport, applauded Hamilton for “showing his Racing Pride”. It tweeted: “Thank you Lewis, for everything you have done across this weekend to highlight important causes.”

In August, both Hamilton and Vettel also used the platform of the Hungarian Grand Prix to express their support for LGBTQ+ rights in that increasingly oppressive country.

Thank you Lewis, for everything you have done across this weekend to highlight important causes. ❤#F1 #SaudiArabianGP #WeRaceAsOne @MercedesAMGF1 pic.twitter.com/JyRtfINDc5

A great win for our first time in Qatar. #TEAMLH you keep us going, we keep pushing and we feel your energy more than ever. It’s been one hell of a year but I love this battle. Getting right back to work, focused and ready for the final two races. We win & we lose together. pic.twitter.com/sGHFwBcV8c