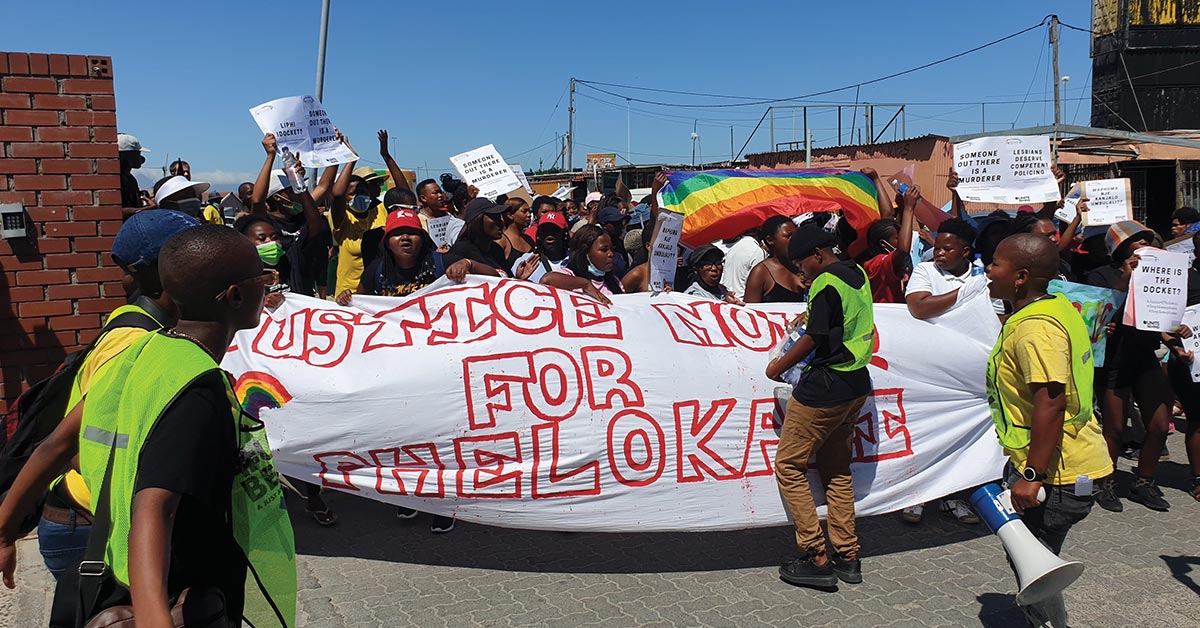 Activists have threatened to shut down the Khayelitsha police station unless the SA Police Service changes the way police deal with the queer community.

On Tuesday, about 100 people marched to the police station in Site B. “We are fighting for our rights as lesbians,” said Velisa Jara of Free Gender. Members of Unite Behind, Equal Education and the Social Justice Coalition joined the march.

The protesters wanted to highlight the case of 24-year-old Phelokazi Mqathanya who was lesbian and lived in Site C. She was stabbed to death in May. According to Mqathanya’s sister, Phumeza Ndlwana, a suspect was arrested, but the court case was postponed four times before being withdrawn on 14 December because the docket never made it to court.

Ndlwana told GroundUp that the family was struggling to find closure. “We are very angry. I cannot tell you how many times we have been to this police station and had to leave with no information. Each time the case was postponed for different reasons … information outstanding, the investigating officer not being in court or the docket not being at court,” said Ndlwana. She said the family eventually approached Free Gender for help.

According to the memo handed to Colonel Soyiso Mantyi, Free Gender only found out that police would be reopening Maqathanya’s case through the SAPS Rapid Response Team, which fast-tracks cases in the criminal justice system involving hate crimes against queer people. 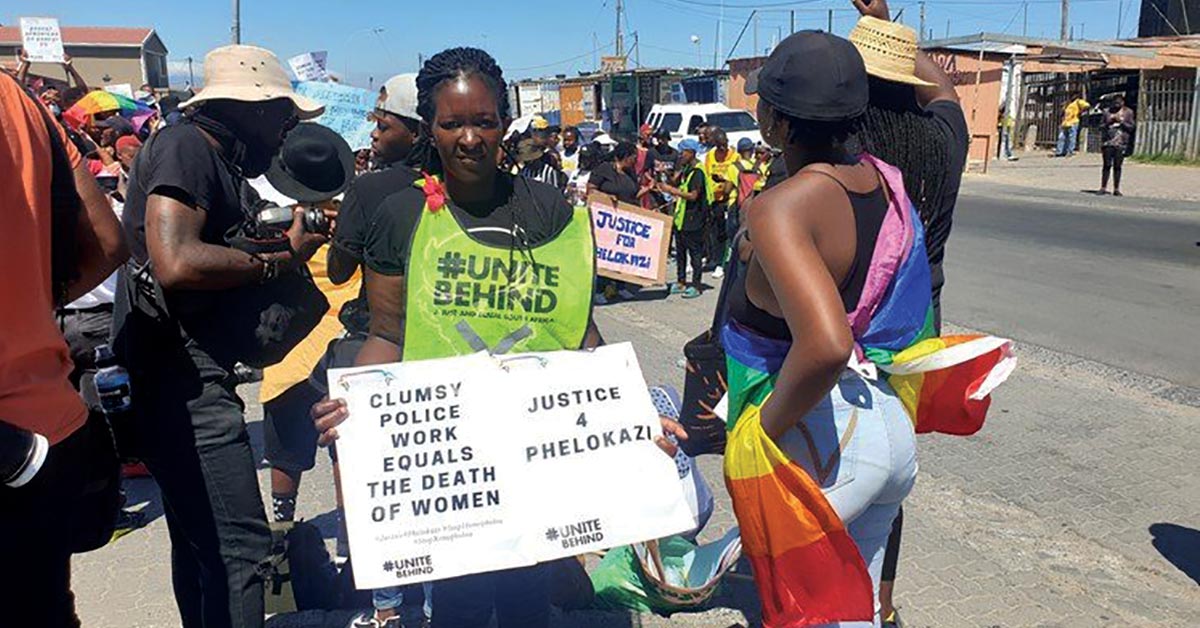 Phumeza Ndlwana, the sister of murdered lesbian Phelokazi Mqathanya, joined the march. She says the family are angry about the way her sister’s case was handled by the investigating officer.

In the memo the activists demand that that the investigating officer on the case be changed and that there be better communication over the case. They also want a meeting between President Cyril Ramaphosa, Minister of Police Bheki Cele, police officers and Free Gender to discuss how to improve the community’s relationship with and trust in the police.

Unite Behind’s Zuki Vuka promised that they would return to shut down the police station should SAPS fail to respond to their demands.

Captain Frederick Van Wyk of the Western Cape Media Centre said: “The case docket is a murder case registered for investigation at Khayelitsha SAPS. A warrant of arrest has been issued for the suspect. Investigations continues.”