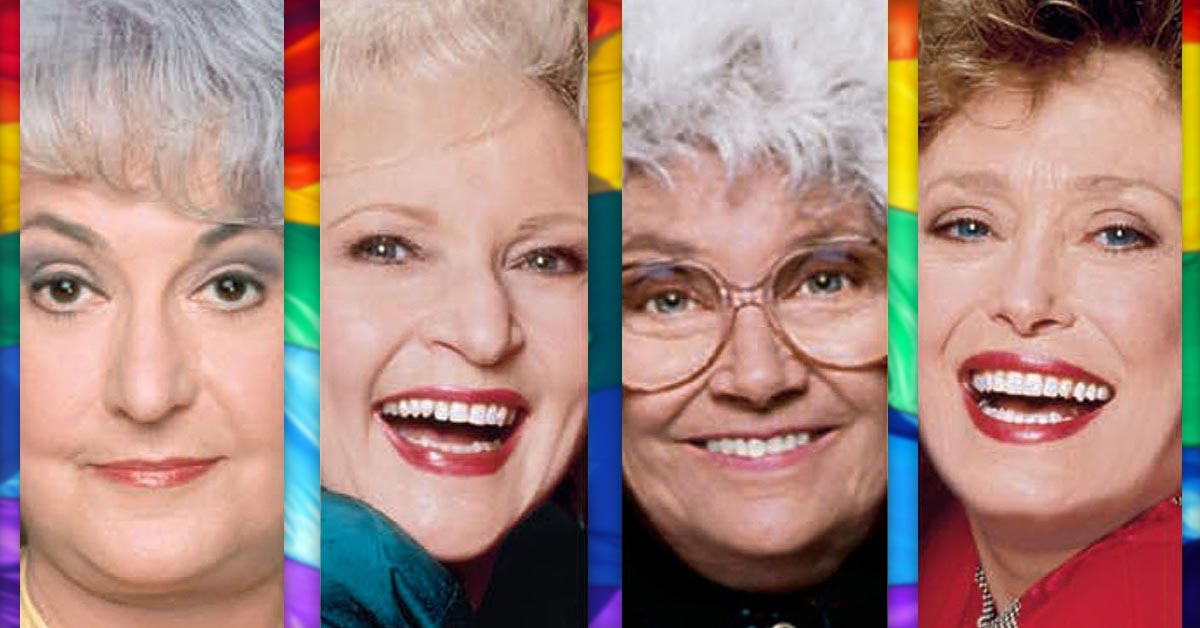 Spanning seven seasons that ran from 1985 to 1992, The Golden Girls is one of the best-loved television sitcoms of all time. Watching the show three decades after its last episode aired, it’s always telling how well The Golden Girls has, ahem, aged.

The ensemble cast (all four of which won at some stage won an Emmy for their performance in the show) never shied away from tackling touchy subjects, and, addressed queerness quite a few times.

In fact, The Golden Girls was also a hit among gay audiences from the get-go, with many gay bars hosting viewing parties. Says writer Jeff Duteil, “The gay community really felt these characters were an extension of their own communities. They were accepting and funny and bitchy. The best fag hags a guy could have.”

In light of the passing of the last surviving Golden Girl, Betty White (she played the sweet, naïve Rose Nylund) on New Year’s Eve last year, we’d like to share some of the gayest moments in the popular sitcom.

Dorothy’s college friend, Jean, is the first-ever openly gay character to feature in The Golden Girls. In this episode, she visits Dorothy (played by Bea Arthur – it’s worth mentioning that this actress was a long-term benefactor to a charity that took in homeless LGBTQ youth until her death in 2009) while still mourning the death of Pat, her partner. Here, she unexpectedly falls for Rose (Betty White). The story arch goes directly against the way in which LGBT people were often depicted during the time – as predators who are constantly on the prowl and looking to “recruit” straight people. Instead, this episode shows how the need for companionship is entirely unthreatening, albeit sometimes misdirected.

Blanche’s (Rue McClanahan) younger brother Clayton makes his first appearance in the show. Despite airing more than 30 years ago, this episode does a great job of depicting the trials and tribulations of coming out, especially to the people closest to us. It gives us a realistic portrayal of the complicated feelings friends or family members may have upon learning that we’re not straight, while also giving the gay character a voice that rings true, and one that many queer people will identify with.

This episode further elaborates on the life of Blanche’s gay brother, with him now planning to tie knot with his long-term partner. Blanche is still having difficulty accepting his sexuality, but a heartfelt talk with Sophia (Estelle Getty) makes it easier to come to terms with the upcoming nuptials.

The 80s and 90s were especially difficult times for people who had contracted HIV, a then unknown virus which became colloquially known as “gay cancer”. While the virus still carries significant stigma today, it is a far cry from the way in which people looked at HIV and AIDS years ago. In this episode, Rose learns that she may have been exposed to the virus while getting a blood transfusion. By using a 60-year-old straight woman to tell a story about AIDS, the show’s creators cleverly take a jab at the idea that only gay people get the illness. The episode also takes a look at slut-shaming, and goes a long way in convincing the audience of the truth about HIV and AIDS in a way that few informative videos or medical professionals ever could do at the time.

Who could’ve predicted that a show featuring four older women could be so progressive – in the 1980s, no less? “Thank you for being a friend” seems like the perfect sentiment about this iconic sitcom.

Here are some more queer highlights from The Golden Girls.