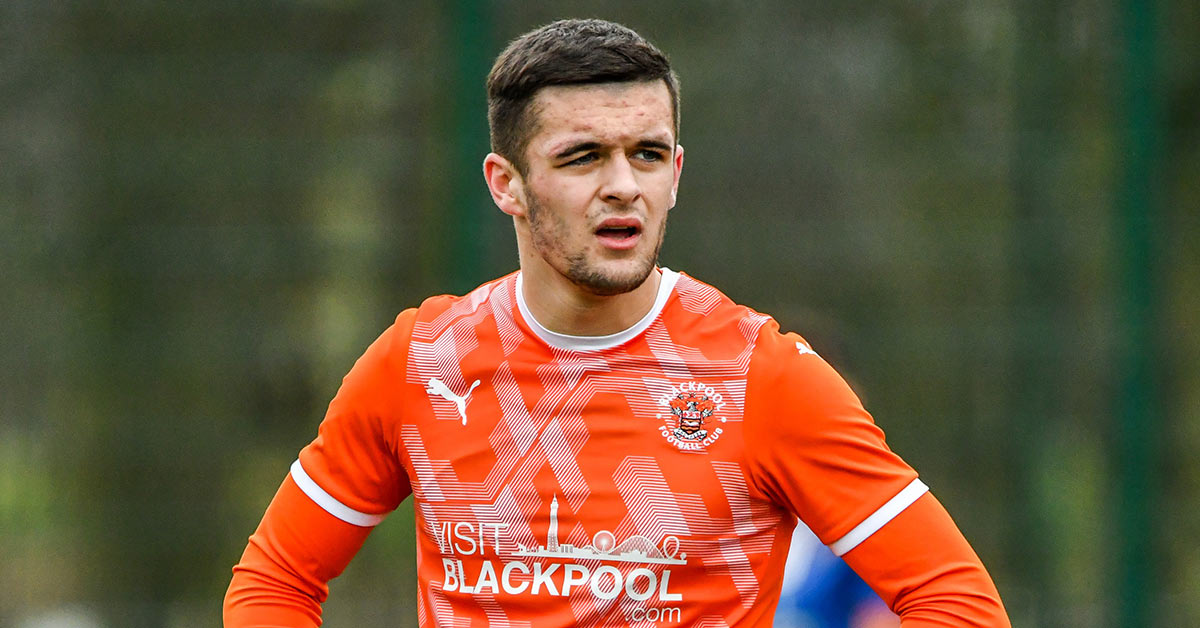 Jake Daniels says he wants to be a role model (Pic: Blackpool FC)

Daniels, who plays as a forward for the Blackpool football club, came out in an open letter posted on the club’s website.

“This season has been a fantastic one for me on the pitch. I’ve made my first-team debut, scored 30 goals for the youth team, signed my first professional contract and shared success with my team-mates, going on a great run in the FA Youth Cup and lifting the Lancashire FA Pro-Youth Cup,” he wrote.

“But off the pitch I’ve been hiding the real me and who I really am. I’ve known my whole life that I’m gay, and I now feel that I’m ready to come out and be myself.”

By coming out, he’s the first openly gay male footballer to play in the English Football League in nearly 30 years. He follows in the footsteps of Justin Fashanu who come out in 1990 but tragically committed suicide eight years later.

Daniels, who received advice from the LGBTQ group Stonewall, said he’s been supported in his decision to come out by his family, club and his agent.

“I’ve hated lying my whole life and feeling the need to change to fit in. I want to be a role model myself by doing this,” he explained.

“There are people out there in the same space as me that may not feel comfortable revealing their sexuality. I just want to tell them that you don’t have to change who you are, or how you should be, just to fit in. You being you, and being happy, is what matters most.”

Speaking to Sky Sports, Daniels acknowledged that “being gay, or bi or queer in men’s football is still a taboo” and that he is likely to face some degree of homophobia.

“The way I see it is that I am playing football and they are shouting stuff at me, but they are paying to watch me play football and I am living my life and making money from it. So shout what you want, it’s not going to make a difference. I won’t stop people from saying that stuff, I just need to learn how to not let it affect me,” he said.

In a statement, Stonewall’s Team Pride – a consortium of world-leading brands like Barclays, Adidas and TicTok that are committed to inclusion in sport – asserted that “English football is ready for this moment.”

The group said that “we are proud to support Jake as he embarks on what we are sure will be an exciting career – and we are delighted that he will be able to do so as his true self.”