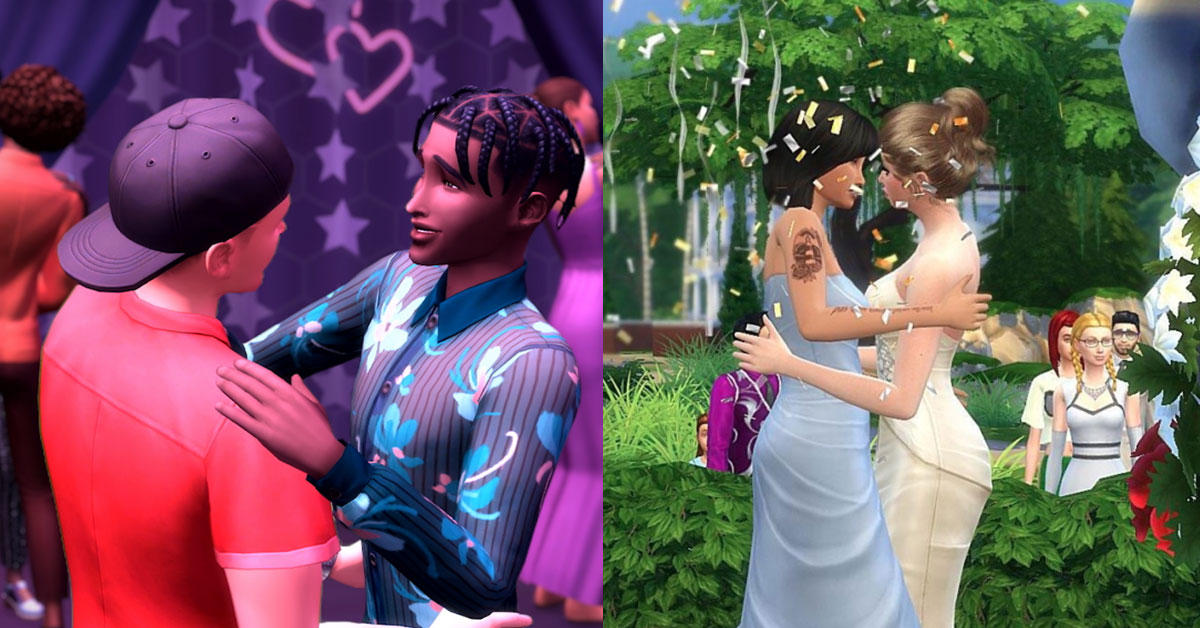 Despite many people being under the impression that the world of video games is one mostly occupied by straight men, the gaming sphere is awash with queer gamers – sometimes also self-identifying as “gaymers”.

Not only does this demographic account for 10% of all gamers, according to a recent poll, but 21% of people in the video games industry also identify as LGBTQIA+ or queer gamers.

It stands to reason, then, that the gaming industry would be at least as queer as the so-called “real world”, where approximately 10% of people identify as being a part of a sexual minority group.

Perhaps the key difference between being LGBTQ in the gaming world and being openly so IRL (“in real life”) is that there is a certain freedom associated with expressing a gender identity or sexuality that is different from what a still predominantly heteronormative society dictates.

In Greek mythology, Proteus is the protector of different bodies of water, and is also known for his shape-shifting abilities, turning into different animals and even entities like water to escape the wrath of the king of Sparta.

Researchers studying people’s behaviour in virtual environments like online chat rooms and gaming portals found that the way people virtually self-represented in online environments also had an effect on their behaviour in their life away from the screen.

As people adopted certain physical attributes and characteristics online, these also found a way into the way they carried themselves when interacting with other people. Further studies also revealed that this transformation wasn’t only restricted to physical attributes, but also extended to things like sexuality and gender representation.

The authors of the study that first laid bare the consequences of the Proteus Effect state that the flexibility of the online sphere has a significant effect on the way people perceive themselves, and present themselves to others.

“Although extreme self-transformations are expensive (e.g., cosmetic surgery) or difficult to perform (e.g., gender reassignment surgery) on our physical bodies, nowhere is self-representation more flexible and easy to transform than in virtual environments where users can choose or customize their own avatars – digital representations of themselves. Who we choose to be in turn shapes how we behave. … Our avatars come to change how we behave,” write Nick Yee and Jeremy Bailenson.

Speaking to The Washington Post, LGBT gamer Kaehla Michele Bryant says that it was her being able to pursue gay relationships in The Sims that first gave her the opportunity to explore her sexuality before actually coming out IRL later.

“I could accept that I’m not heterosexual, at all. It gave me the avenue to explore the attraction I felt toward those of my own gender without having to ‘come out,’” says Bryant.

As she became more comfortable expressing herself through gaming, her willingness to live authentically elsewhere grew.

Incidentally, The Sims was one of the first RPGs to give players the opportunity to have romantic relationships between same-sex characters (although queer characters have been a mainstay of video games since their very early days – albeit, queer characters that were demonised and often cast as the antagonists, as was also the case in the world of cinema).

In a prototype of the game, which was presented at the Electronic Entertainment Expo in 1999, a simulation showing two women getting married caused quite the stir.

Although the developer displaying the simulation had been working with old code and was unaware that the team working on the game had decided to restrict romantic interactions to heterosexual relationships, The Sims ushered in a new era of self-expression in gaming. The game has since been adapted to not consider gender in romantic relationships, in essence rendering all Sims pansexual.

More recently, the team behind the highly successful and more than two-decades old game announced that a free update for The Sims 4 would allow players to even further customise their Sims’ sexual orientation. A feature letting players specify to whom their Sim is attracted cannot be turned off, say developers, as “LGBTQIA+ identities are a fact of life and not a toggle to be switched on and off.”

Today there is a host of video games that either feature LGBTQ main characters or make queerness a central part of the game’s storyline. Whether you’re into fantasy games, narrative adventure games, sci-fi or dating simulators, there’s a video game that you’ll enjoy playing.

While most people will call gaming an escapist endeavour that allows them to get away from the many challenges that the real world poses, it is heartening to see that video games can also create virtual realities that give the queer community a chance to explore what being LGBT feels like.

Of course, including queer and trans identities in games may also influence the perception of gamers who are not part of the LGBTQIA+ community. If inclusivity becomes the name of the game, we can only imagine how these online identities might also positively affect the opinions of people who consider themselves anti-LGBT in real life.