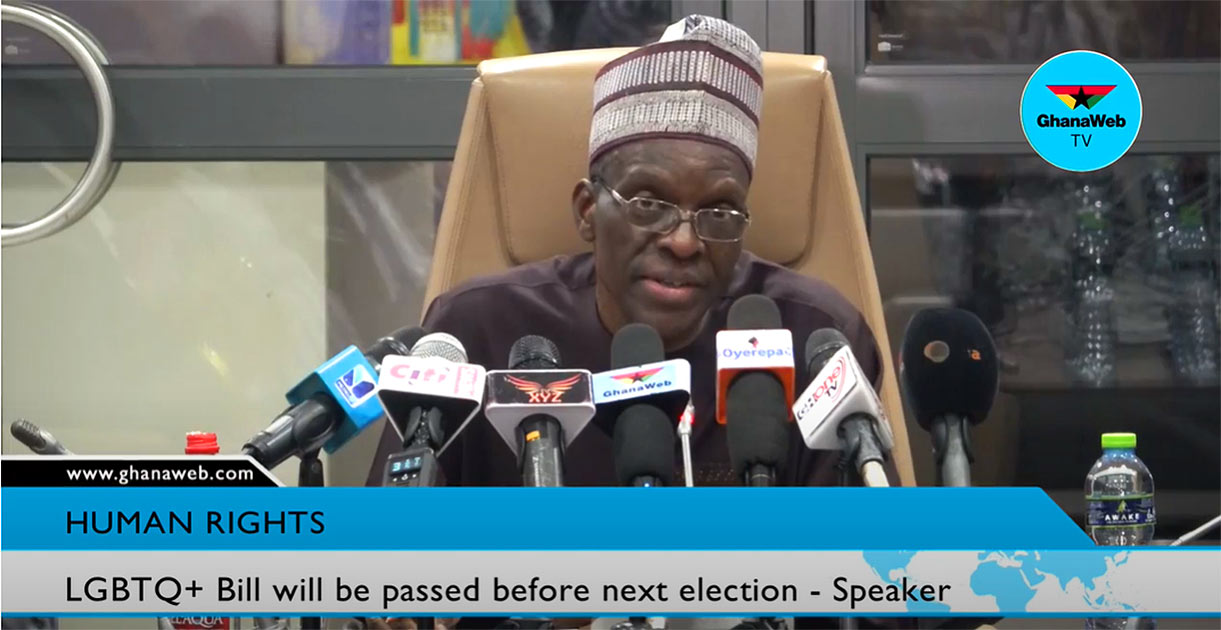 The Speaker of Parliament in Ghana, Alban Bagbin, is determined to see lawmakers pass the country’s dreaded anti-LGBTIQ bill before the next election in 2024.

“The sexual rights and human values bill that is being handled by the committee, definitely we will pass it before the next elections. That bill will go through,” said Bagbin at a press conference on Friday.

The Promotion of Proper Human Sexual Rights and Ghanaian Family Values Bill, 2021 is currently under review by the Constitutional, Legal and Parliamentary Affairs Committee.

Bagbin insisted that LGBTIQ rights cannot be considered human rights. “When we talk about human rights, we are talking about things that will add value to the human being,” he said.

“That is what we call human rights. Anything negating from that cannot be a right. And don’t forget that rights go with responsibilities and duties go with obligations. Even the Almighty God in heaven has rules and that is why that boy called Lucifer when he went against the rules, God dealt with Lucifer.”

Bagbin argued that what is considered acceptable in other countries is an abomination in Ghana. “We Ghanaians are going to determine what we know as human rights,” he added.

The proposed bill is unprecedented in its scope. If passed, it will not only criminalise all LGBTIQ people in Ghana but will also make it illegal to advocate for LGBTIQ rights in any way with up to ten years in prison.

Simply identifying as LGBTIQ or as an LGBTIQ ally will carry a penalty of three to five years in prison.

The bill would further outlaw any medical gender affirmation treatment, gay adoption and same-sex marriage, as well as banning any transgender person from getting married.

In August, OutRight Action International and Rightify Ghana, a local LGBTIQ advocacy organisation, reported that the pending legislation had already resulted in a surge of violence and hostilities towards sexual and gender minorities.

Under Ghana’s existing Criminal Code, consensual same-sex sexual relations are already criminalised with up to three years in prison.