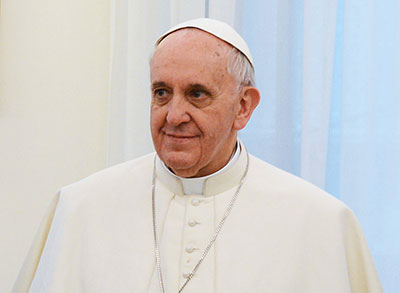 While Pope Francis has been praised for his more conciliatory approach to lesbian, gay, bisexual, and transgender (LGBT) people, it is not enough, says a human rights group.

In a letter to the Holy See, Human Rights Watch called on the Pope to publicly condemn violence and discrimination against LGBT people. He was also urged to ensure that Catholic officials act in accordance with church teachings when it comes to LGBT people.

In its teachings as well as in statements at the United Nations General Assembly, the Vatican has voiced the need to protect everyone’s human dignity. The Church officially opposes same-sex marriage and gay sexuality but does not believe that gay people should be discriminated against or that homosexuality should be a crime.

But too often Catholic Church officials around the world contradict these stated principles in speech and practice, especially in Africa where Catholic officials have publicly backed anti-gay laws.

“It is encouraging to see Pope Francis taking a public stance against discrimination and violence and calling for a more inclusive church,” said Graeme Reid, LGBT rights director at Human Rights Watch. “What we ask is that Catholic Church officials adhere to church teachings and stand against violence and discrimination, including the bishops, who often wield considerable influence.”

Human Rights Watch expressed concern that the Holy See’s message is not always consistently conveyed to local religious communities around the world.

It cited instances from across the globe in which church officials have supported draconian and discriminatory legislation against LGBT people, contributing to a climate of impunity for violence and abuse against people in sexual and gender minorities.

In Cameroon, for example, Archbishop Samuel Kléda and other Catholic leaders have endorsed unjust criminal penalties against people in sexual and gender minorities, while failing to denounce the violence these vulnerable populations routinely face.

“Officials of the Catholic Church have given tacit or explicit support for discriminatory laws and practices against LGBT people,” Reid said. “Pope Francis has a unique opportunity to change that.”

The organisation called on Pope Francis to:

In July, Francis said that he is not in a position to judge gay people. Last month he stated that the church should not be obsessed by minor “dogmatic and moral teachings” on issues such as gay marriage. Most recently, it was reported that he blessed a group of Italian gays.