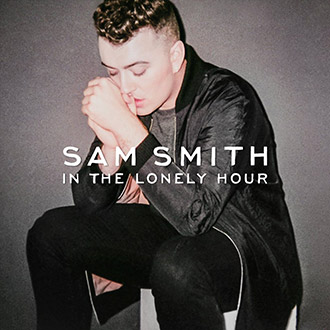 SAM SMITH – IN THE LONELY HOUR

While Adele had her broken heart, Sam Smith has unrequited love as his muse. The singer, who’s gay, had up until recently only experienced one-sided love and never had his affections returned. Bad news for him, but good news for us as he’s poured his heart and soul into a début album that packs a powerful punch through its raw, emotion-laden lyrics. While the Brits discovered Sam Smith in 2012 though his collaborations with Disclosure and Naughty Boy, the world’s only finding out now about his heartache/heartbreak. By his own admission, Sam was in a morbid time of his life when writing the 10 tracks on In The Lonely Hour. But each one is a gem.

The catchy opener Money On My Mind is almost the odd duck out here, a radio-friendly pop and soul offering, while Stay With Me is probably the song that made Sam the global success he is today. It’s a sad R&B lament/ballad about the love he’s not getting from this unnamed guy and is a sucker-punch of emotion. Similarly, Life Support, Not In That Way and Lay Me Down tug on the heartstrings. Oh and there’s a happy ending to this tale. Sam’s found his love, which means his second album may be his take on love when it actually comes together. For such a powerful songwriter, the upside will be worth the wait…

DID YOU KNOW? Sam’s got famous third cousins: singer Lily Allen and Alfie Allen (Game Of Thrones’ Theon No-Dick Greyjoy)
RATING: 9 out of 10 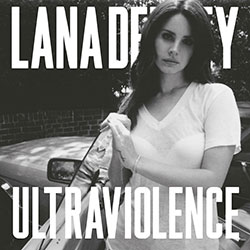 If Lana’s last album was her “summertime sadness” then the follow-up is a winter of sheer discontent. Lana said she was going darker on Ultraviolence; we just didn’t realise she might need Lithium to keep up her spirits. Ultraviolence should come with a disclaimer… warning: repeated listening will leave you in a funk. That breezy, teasy, almost-breathless voice is still there but what’s changed is the subject matter. It’s darker, heavier and a lot less radio-friendly. Highly stylised and morbidly dark at times. While the music critics are loving it, it’s a somewhat unsettling listening experience and definitely a departure from her last album, Born To Die.

It’s not all complete doom and gloom. Just 95% of it, so you might still find some tracks to beguile and haunt you. If you’re going to ignore my advice and listen to all of Ultraviolence in one fell swoop, don’t say I didn’t warn ya. But if you want to dip in and out of occasional tracks, it’ll make for a more palatable music experience. In that case, sample West Coast (the album’s first single), ***** My Way To The Top, Cruel World and title track, Ultraviolence.

DID YOU KNOW? Ultraviolence has sold over a million copies worldwide.
RATING: 5.5 out of 10. 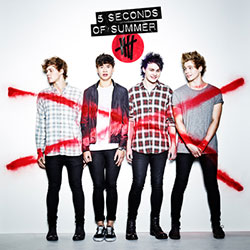 They may not have ‘the best song ever’ but 5 Seconds Of Summer are definitely strong competition for OneDirection. Just don’t call them a boyband. Heavens to Betsy, no! (*gasp*). This foursome – Luke Hemmings, Mike Clifford, Calum Hood and Ashton Irwin – write their own songs and play instruments themselves, differentiating themselves from the boyband stigma. Plus the Aussie boys from Down Under (mate!) are a bit more rock than other famous boybands like 1D and Backstreet Boys, who tend to go the pop route.

5SOS, as they’re known, started as a YouTube band and became a sensation when they opened for 1D on their 2014 world tour. Naturally, as you’d expect, a gaggle of screaming female fans comes with the territory. So the music caters to that market. Expect mostly songs about love but super-catchy ones to generate tons of radio play for all those singles. And boy(band – sorry, couldn’t resist) are there lots of singles. The main buzz is over She Looks So Perfect, but you should also listen to Kiss Me Kiss Me, English Love Affair, Good Girls and Everything I Didn’t Say.

DID YOU KNOW? 5SOS is the first Australian band to have an album open at #1 on the Billboard charts. Kylie would be so proud!
RATING: 7 out of 10. 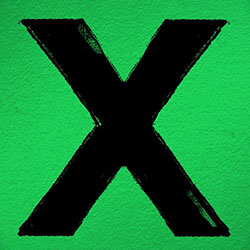 Ed ‘ginger ninja’ Sheeran is a big name to watch in the music biz. From his excellent song-writing skills (he penned Taylor Swift’s Everything Has Changed) to his stellar voice, X is definitely marking Ed Shereen’s spot in modern-day music history. Being a singer-songwriter often calls up images of adult contemporary and dull music. Nothing could be further than the truth here. Most of the songs were written a few years ago but were then put aside so Ed could finish touring. Then, when he was ready, he roped in some big-name producers, including Pharrell Williams, to pull him out of his comfort zone and delve into the R&B style he was so desperately craving. The result is Justin Timberlake, crossed with angry Taylor Swift and mixed with a dash of Adele and John Newman.

Genre-wise, it’s all over the map… in a good way. From pop and soul (which you’d expect from Ed) to the new stuff, R&B and hip hop. At one point, Ed could be mistaken for a young Sting and then in the next song, he’s rapping about his love life. The obvious first singles are ones you’ve hopefully heard quite a bit on radio already: Sing and Don’t, but there’s also the heavy Afire Love (about a family member’s death), I’m A Mess (about love gone wrong), Runaway (a snappy little R&B number) and Bloodstream (about taking drugs). It’s dark – although not as dark as Lana Del Rey – and deep and makes for great repeat listening.

DID YOU KNOW? While many have speculated that Don’t, which is about an ex who cheated on him, was written about Taylor Swift, Ed says it’s not, adding that after he played it for T-Swift, “She was just like, ‘Whatever happens, ever, between us as friends, I never want to piss you off that much.”
RATING: 8 out of 10 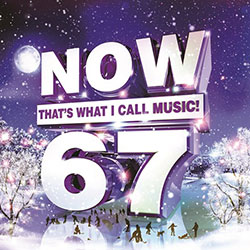 The NOW (That’s What I Call Music) series is iconic; each release gives a sampler, a taste-test of music that’s hot right now across various genres like pop, rock, hip hop, R&B, electro and dance. Occasionally country too. And while it’s hard to fault the compilations (I still regularly listen to NOW 65, for example) this one’s not one of the better ones. Maybe the current crop of popular music is just not as great…

NOW 67’s got 21 tracks and starts out strong with Calvin Harris’ Summer, OneRepublic’s Love Runs Out and one of the catchiest songs we’ve ever had from the movies, Pharrell Williams’ Happy from Despicable Me 2. Also worth listening to are Katy Perry featuring Juicy J on Dark Horse, One Direction’s Midnight Memories, Avicii’s Addicted To You, Justin Timberlake’s Not A Bad Thing, Tiësto’s Red Lights and the catchy-but-so-ridic #Selfie from The Chainsmokers.

DID YOU KNOW? The Chainsmokers are a New York-based duo who first rose to fame on the indie circuit with a string of dance remixes.
RATING: 7 out of 10 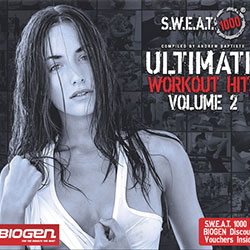 Whether you run, spin or step, we’re all looking for some upbeat, pumping music to keep us going while working out. And the clever-dicks at S.W.E.A.T. 1000 have cottoned on to a smart yet ingeniously simple idea: make it yourself. Two discs (workout 1 and workout 2, obvz!) of 26 tracks each feature pre-mixed thumping dance tunes perfect for pumping iron and getting your sweat on. And the best part; they come with the bpm (beats per minute) so you know how fast this is gonna get.

Raising your heartbeat across the 52 tracks are a lot of familiar songs carefully mixed for the maximum exercise enjoyment. There’s one downside: the mixes aren’t seamless and jerk from track to track, which can be a tad annoying. But you won’t buy this as a top dance album; you’ll buy this as great exercise music. And what’s on the disc? Remixes of Britney’s Work Bitch, Avicii’s Addicted To You, Lana Del Rey’s Summertime Sadness, Pharrell Williams’ Happy, Katy Perry’s Roar, Ellie Goulding’s Burn and OneRepublic’s Counting Stars. But wait there’s more! The CD comes with a S.W.E.A.T. 1000 workout session voucher plus a voucher for R50 off Biogen whey protein.

DID YOU KNOW? S.W.E.A.T. stands for ‘specialised Weight Endurance and Athletic Training’ and the 1000 refers to how many calories you can burn in an hour of doing it.
RATING: 7 out of 10