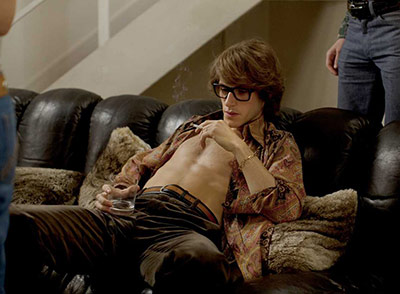 Belgian actor Jeremie Renier (In Bruges) also stars as the French industrialist Pierre Berge who, together with Saint Laurent, founded the hugely successful and influential YSL Parisian fashion house, making it an international brand, synonymous with style and sophistication.

Whilst Bonello’s Saint Laurent is not as brilliantly executed as Olivier Dahan’s Oscar winning La Vie en Rose, about the life of Edith Piaf, it is just as lush and gorgeous. It’s also very much a tribute to Proust, the French gay novelist and celebrated aesthete, who also heavily influenced the extraordinarily talented designer.

His obsession with Proust and his tremendous love of the aesthetic is defined as the continuing fight for elegance. (Proust was famous for writing Remembrance of Things Past which was published in seven parts between 1913 and 1927, and for openly depicting homosexuality in French literature.)

Bonello chooses to frame Saint Laurent in his later years in the late eighties as he leads a reclusive life in Paris, pining for his lost lover, in between shots of his 1976 fashion show at the Paris Atelier for which he became internationally famous.

Bonello does not show Saint Laurent in his early years in Algeria nor his time briefly spent in the French army but rather focuses on the crucial years of his artistic flourishing; between 1967 and 1976.

In that decade, together with his lover Berge, he transformed women’s fashion. The establishment of their tumultuous love affair is quite literally portrayed when Saint Laurent is asked to step stark naked out of a closet and fall into the strong arms of Berge, his protector.

This sexual encounter highlights the designer’s overt sexuality and definitive queerness at a time when the Western World was still becoming acquainted with overt homosexuality; especially post-Stonewall, in the early 1970s. 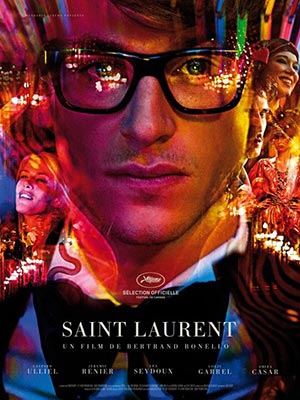 Saint Laurent and Bascher were frequently seen at famous Parisian nightclubs and indulged in a decadent relationship which was eventually doomed to failure as Saint Laurent’s drug and alcohol excesses threatened his creativity.

Bascher, the epitome of a gay 1970s dilettante, is wonderfully played by Louis Garrel (remembered fondly from the provocative and sexually explicit Bernardo Bertolucci film The Dreamers).

Seductive, dangerous and certainly a bad influence, Garrel portrays Bascher as a male version of a femme fatale. He also unfortunately plays to the negative stereotypes that gay men have long been cast with; promiscuity, recklessness and drug abuse.

Clearly influenced by Martin Scorsese, Bonello’s two and a half hour Saint Laurent is a drug-fuelled, sexual and gorgeous portrayal of one of the 20th century’s most famous fashion designers.

Capturing the fragility and creativity of the fashion icon, Gaspard Ulliel carries the role for the entire two and a half hour film. As biopics go, Saint Laurent is not a perfect film, slightly indulgent, beautifully shot and at times like watching Tom Ford’s A Single Man on an extended acid trip.

Best line in the film is “You can’t name a perfume Opium!” whilst the best scene in the film has to be Ulliel stepping out of the closet in all his glory. Trust the French to be scandalous.