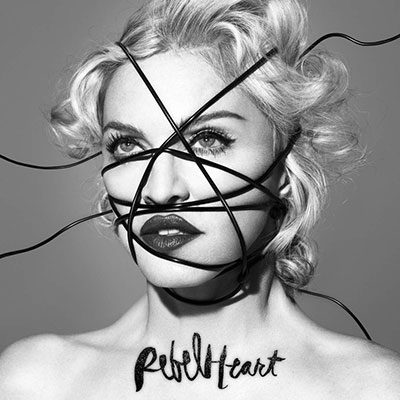 If Madonna were to die tomorrow and never release another album, then Rebel Heart would serve as the perfect ending to a career that’s beyond staggering: it’s her 13th studio album after all! Rebel Heart is a return to pop for Her Madgesty with fewer dance beats than her previous album MDNA. But, as we’ve come to expect from the queen of reinvention, it’s a mixed bag – pop, yes but also reggae, EDM, dubstep and electro but also a mix of deeply personal lyrics and some huge concept-type tracks covering themes like Illuminati conspiracies and a post-apocalyptic world.

And here’s another thing: if you’ve built a career on breaking the mould and reinventing yourself, where do you go for album #13? The answer is simple: inwards! Rebel Heart is self-reflective and full of references to Madge’s epic career. In Veni Vidi Vici (on the deluxe only!) she sings “I expressed myself, came Like a Virgin down the aisle / Exposed my naked ass, and I did it with a smile / And when it came to sex, I knew I walked the Borderline / and when I struck a pose, all the gay boys lost their minds.” Geez, how many of your own songs did you just reference there, Madge?

Only Madonna could take the thumping, pumping, EDM-heavy Bitch I’m Madonna and turn it into a hit PLUS make it not sound overly arrogant. Because hey, she’s earned the right to brag a bit. Pretty much every track has coolness, but we especially recommend title track, the poppy Rebel Heart, catchy electro number Living For Love, the slower-tempo Ghosttown and Body Shop, upbeat Devil Pray and the two numbers that throw Madonna’s sexuality in your face, S.E.X. and Holy Water (where she compares her p****y juice to holy water – controversial much? Eat your (rebel) heart out, Gaga – Madonna is the reigning queen of pop. And after all these years she can still shock and entertain us…

DID YOU KNOW? Rebel Heart leaked ahead of its release date after an Israeli hacker hacked into Madge’s personal computer. Allegedly…
RATING: 9 out of 10 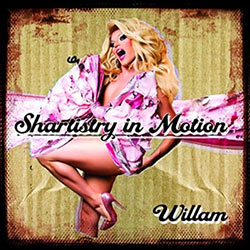 Everyone and their dragmother is releasing albums at the moment. Even Drag Race’s queen of smut (said with love, Willam wouldn’t mind!), the saucy, slutty, only girl to ever be kicked out of RuPaul’s Drag Race… It’s Willam’s second album and, as predicted, it’s as sexually charged as she is. It’s a short eight tracks but Shartistry In Motion proves what Willam was telling us all throughout season four: she’s an entertainer. Gurrrl can really sing. And whoever wrote the lyrics, deserves a Grammy for being able to turn that much innuendo into that many catchy songs. Rihanna – who’s made a career on singing about sex – could learn a trick or two from Willam. She knows she’s a shady, dodgy queen and plays it for laughs. How funny? Here’s a line from Ride For Aids (which borrows the beat from Taylor Swift’s Blank Space), originally a charity single to raise money, featuring Alaska: “You’re a shady fucking drag queen. Probably going straight to Hell. But then we do a little Aids ride. And the PR goes well.”

We also highly recommend Thick Thighs (“make the d*ck rise”) with Latrice Royale, the hilarious American Apparel Ad Girls with Courtney Act and Alaska 5000, Ucc with Rhea Litre, which stands for uncut c*ck and borrows heavily from Beyonce’s Love On Top. There’s Es Una Pasiva which is almost entirely in Spanish and borrows heavily from Alicia Keys’s Girl On Fire – this reviewer has no clue what it’s about but it’s catchy and is also definitely all about sex, probably about being a bottom. A fun album which should not be taken seriously. At all. Ever…

DID YOU KNOW? Willam boasts the most-watched YouTube channel of all the Drag Race girls.
RATING: 8 out of 10 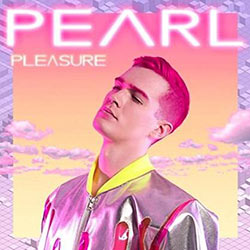 There are three kinds of drag queen albums out there – those who can sing (Willem, Jinkx Monsoon, Ginger Minj), those who can’t but have enough charisma, uniqueness, nerve and you-know-the-drill-by-now-etc to make cool songs anyway (Latrice Royale, Alaska 5000, Violet Chachki spring to mind) and those who have no intention of ever singing. Cos’, like Drag Race season seven’s prettiest contestant Pearl Liaison, they know they can’t hold a note to save their lives. But Pearl has another talent besides looking hot, whether in boy clothes or girls’, and making up her own words: DJing. Hence her début album Pleasure, which is about as far from flazéda (her infamous catchphrase for those who don’t know Drag Race terminology) as you can get.

Pleasure is 15 thumping, bumping tracks of pure EDM, erm, pleasure and it’s only available on iTunes. With strong steady beats, it’s a dancefloor lover’s wet dream. The tracks ooze loads of raw sex appeal, guided by Pearl’s mixing and ability to put down a steady doef-doef beat. Unlike most Drag Race contestant albums, you don’t need to have watched the show to appreciate Pearl’s music – it’s got broad-based appeal for the EDM lovers (clever girl. Not everyone likes Drag Race…shocking, I know!). And there’s no point in even picking out which tracks are the ones to listen out for – they’re all good, if you like EDM and hardcore beats.

DID YOU KNOW? Pearl’s real name is Matt James and she lives in Brooklyn, New York (in case you’re ever in town and wanna try stalking…)
RATING: 8.5 out of 10 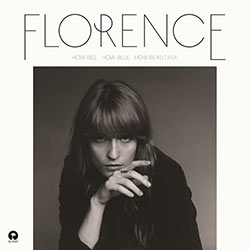 FLORENCE AND THE MACHINE – HOW BIG, HOW BLUE, HOW BEAUTIFUL

Following what lead singer and songwriter Florence Welch has called “a bit of a nervous breakdown”, the band’s third album How Big, How Blue, How Beautiful is a little different from their massively successful previous album Ceremonials: it’s more personal. Florence has penned 12 emotive, expressive and just as hauntingly beautiful tracks as we’re used to, but perhaps this time the hurt has cut a bit deeper. Thankfully the band has realised their winning formula and stuck to that perfect combo of pop, baroque and indie, so the songs are still hauntingly ethereal.

The first two singles set the tone for the album – What Kind Of Man and the radio-friendly Ship To Wreck, but there’s lots more to listen to. Like the sad and serious Long & Lost, the indie-sounding title track How Big, How Blue, How Beautiful, the catchy and dance-ish Make Up Your Mind (on the deluxe only), the bluesy Caught and if you like it really, really slow there’s St Jude. It’s an album that begs repeat listening and proves that Florence and her machine-like band are serious players on the music scene.

DID YOU KNOW? Producer Marcus Dravs banned Florence from writing any more songs about water but she managed to sneak Ship To Wreck on here. Good thing too – it’s an amazing track!
RATING: 9 out of 10 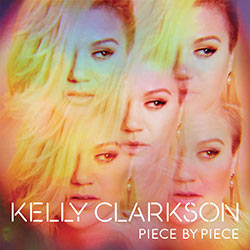 Listen up, fans – this is probably the last time you’ll hear Kelly Clarkson sounding like this. Piece By Piece is an important album for the very first American Idol winner. For many reasons. It’s her seventh (feeling old, fans?) but it’s also her last under what must be an iron-clad American Idol contract. Basically, Kelly is free. She can make music with anyone she wants to now, how she wants to and when she wants to. And shopping around will be a breeze as Piece By Piece is a hit. And if the album’s experimental departures are anything to go by, Kelly’s eighth album is going to be vastly different.

But let’s focus on this offering, which is still pop, showcasing Kelly’s powerful and remarkable voice. The album also dips its toe into some uncharted waters for the new mom: there’s a bit of EDM, and a smattering of 80s powerpop. It’s Kelly Clarkson as you know her but she’s evolved a bit too, and the result is a huge success. From the first two singles, Heartbeat Song and Invincible, which offer that familiar empowering feeling the fans love, to the gorgeous duet with John Legend, Run Run Run, it’s catchy stuff. We also loved War Paint, Dance With Me, Take You High, title track Piece By Piece and Bad Reputation. Slick and sassy!

DID YOU KNOW? With Piece By Piece’s release Kelly Clarkson is now the first American Idol alumni to have released all the albums in her contract. Considering she won in 2002, that’s one tough contract. Just how much of your life (and profits) are people signing away on these reality shows?
RATING: 7 out of 10 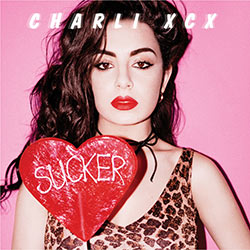 Pop music’s had a long list of rebels in recent years – like Gaga, Pink and Avril Lavigne. And now there’s brash, bold and in-your-face Charli XCX or Charlotte Emma Aitchison to her parents. The Brit electropop singer is everywhere these days: from the Fault In Our Stars soundtrack to appearing on Icona Pop’s I Love It and Iggy Azalea’s Fancy, as well as opening for Katy Perry on the North American leg of her 2015 tour. And then there’s her album Sucker, technically her third. It’s got all the “No, I won’t do that” rebelliousness of punk with plenty electro to keep you listening across all 13 tracks.

What to put on repeat? From the breakout first single Boom Clap with its super-catchy chorus to second single, the darker, dancier Break The Rules, it’s worthy of repeat listening. Also, make sure to listen to the Lily Allen-esque Need Ur Luv, the too-cool-for-this Famous and a song which isn’t a single off the album but damn well should be, the title track Sucker, which sets the overall tone for the album: lots of “do you get me now?” and “fuck you, sucker” throughout. You get the drift…

DID YOU KNOW? Charli cut her teeth performing her tunes at underground and warehouse raves in London. Apparently they still do that over there. Gosh!
RATING: 7 out of 10