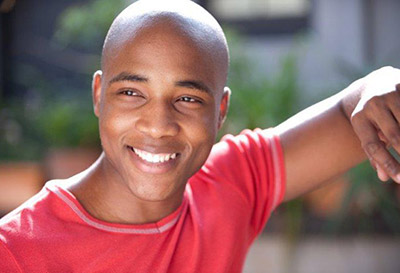 Here’s why you should get to know Siya Khumalo: He’s actively challenging notions of how queerness and Africanness intersect with religion and culture – and doing it with style.

Siya has come out as a proudly LGBT black African man – not only to friends and family but to the world. This past year alone he’s participated in both Mr Gay South Africa (coming second) and Mr Gay World (representing Zambia).

In a country and on a continent sorely lacking LGBT role models that’s nothing to sneeze at.

He’s also researching and writing a book about sexuality and religion and speaks out about other hot-button topics like culture, human rights and race on his blog and on social media.

By day, this handsome 28-year-old Durban-born groundbreaker, with part-Zambian heritage, works as a retail buying and planning coordinator. At night, he’s an activist and writer who’s stepping forward to take on difficult social challenges.

Mambaonline spoke to Siya about the deepening conflict between LGBT equality and religion, the challenges of living life authentically and the continued controversy around racial representation in the Mr Gay South Africa contest. A role model? You bet!

Why did you decide enter Mr Gay World and Mr Gay South Africa?

The answer’s a bit clichéd but it’s true. I believe that given a platform I can make a valuable contribution to the current public discussion on human rights and sexuality. I felt the discourse was stuck on a few points I could help unknot.

Would you do it again?

You know an experience was good when you keep reliving it in your head and wishing you’d given it more. What stood out for me was the force for good we can be, as gay men, when we band together for a common cause. That energy was beyond awesome. I met people who inspired me to be and do so much more than I thought was possible. It’s greedy of me to say this but I do wish I could experience it all again.

What advice would you give to any would-be entrants?

The country needs you; the world needs you. Read up, get informed about current issues, and get in the competitions. 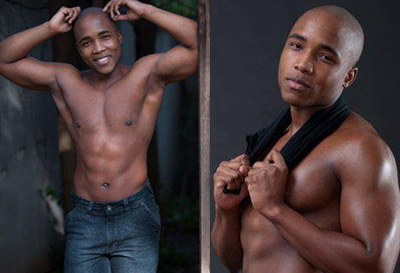 Mr Gay South Africa is consistently criticised for not having enough black participants. Is that justified?

Short answer – no. A great number of black men are terrified to enter these pageants. Some will enter, and then withdraw when they’re criticised by relatives. So we need to take that passion about the shortage of black men [in the contest] and channel it into a sustained, thorough examination of the status quo we live in as South Africans. If we do that, the number of black Mr Gay South Africa contestants will probably increase. Khanyi Mbau asked me how I had dealt with the pressures surrounding ideals for black masculinity, as an openly gay black man. She’d hit the nail on the head. We’ve made it extremely difficult for gay black men to come out. That’s where the issue lies.

Could the organisers do anything to improve the situation?

I don’t know what they can do that they haven’t already done. I do know that as a black contestant who has taken part, I have a responsibility to push the conversation on blackness and masculinity and sexuality. I have upset a lot of people by doing so, some of them very close to me, but I have realised that I can’t afford to be colour-blind. The situation doesn’t permit it. We have to be colour-brave (I found that term on Facebook) and call things as they are so that we may change them.

What are the kinds of LGBT issues that get you riled up and wanting to speak out on your blog?

Absolutely. But it goes beyond that, of course. A lot of anti-gay sentiment is rooted in religion, culture and socialisation. So yes, everyone who can come out has a moral duty to do so. But the rest of us have a moral duty to examine people’s religious (not merely ignore them because we are not part of them ourselves), examine cultures and the way people are socialised.

I am a Christian. I’m working on a manuscript for a book on the Bible and human sexuality, in which I explain why there isn’t a conflict between any human sexual expression and the things of the Spirit. I often tell Christians to stop trying; to let go and trust God in his grace. Severe, relentless grace – the key to a successful Christian walk. If more people got this, Christianity would be a sweet word again, not the bitter thing it has become that poisons hearts and causes fights. 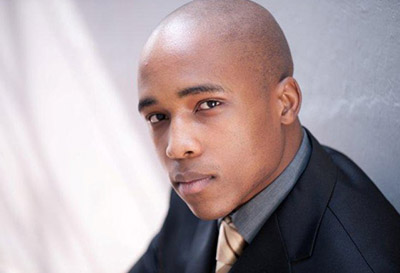 What role has religion played in your life?

It’s the reason I came out. There’s this verse in the Bible; 2 Corinthians 3:18 – “And we all, who with unveiled faces contemplate the Lord’s glory, are being transformed into his image with ever-increasing glory, which comes from the Lord…” I read this to mean that in order to contemplate the Lord’s glory we need to remove “the veil.” So authentic, biblical Christianity demands authentic people who come as they are. So that’s my God. I could not serve this God and pretend to be something I wasn’t. Having been accepted by God as I was, I could not still fear people and stay hidden from them. That would mean people’s opinions matter more than God’s, which I find a blasphemous idea. It contradicts everything I believe about the Bible, which is the basis of the person I am becoming.

Has your relationship with religion changed over the years?

When I thought I had to change for God to accept me, I was caught between being out of the faith and being a “moral” but suicidal Christian. Then I re-read the Bible for myself. I learned who God was. I started teaching other people who God was, and watched them come to life. I walked away from my church – not because it was a bad church, but because they’re afraid to hear gay people’s stories and let them sink in. I’d be complicit if I stayed in a silent church.

There’s a growing and well-organised religious lobby in South Africa that’s positioning LGBT equality – like marriage equality – as a threat to religious freedom.

What do you think about the claim by UCT SRC leader Zizipho Pae that she’s being unfairly victimised and deprived of her rights to free expression and religious freedom for stating that same-sex marriage and homosexuality are “sin”?

Pae is being victimised but it’s not unfair. Gay people are not entirely safe in this country, this continent, and she’s worsening that situation. If she wants to carelessly share an unbiblical, harmful opinion and then turn around and cry that her freedom of expression and religion is being violated, then frankly she is asking for everything that comes her way. I feel very sorry for her and I wish her all of the best, but she sort of brought it on herself. She has sown a wind and reaped a whirlwind.

And what about owners of wedding venues who believe that turning away same-sex couples is also an issue of religious freedom?

They have just proven “religious freedom” to be a contradiction in terms then, in that their religion doesn’t allow them to rightly follow the law of the land. If they are not free, it is not because the government or anyone else took their freedom away; it is because they have chosen their chains.

Do you believe in hate speech? Where do you draw the line?

I believe that each individual’s right to safety and dignity trumps the next person’s right to voice his feelings about him or her.

When did you come out and what was the experience like?

I first came out to my mother at 12 years, and she said she knew and loved me anyway. It was a relief. I’ve been coming out ever since. It’s often terrifying, but I think it’s made me a courageous person.

You come from KZN, viewed as a bastion of conservative cultural patriarchy. Is that something that you’ve faced personally?

Oh yes. From Umgababa to Florida Road, you will get bigots and threats. The problem is, when they’re not trying to hit you, those guys are trying to hit on you. 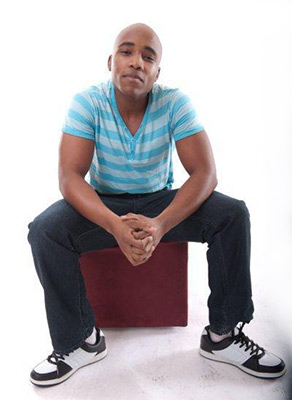 Why do you think it is so hard for religious and cultural institutions to adapt and evolve?

So, how do we engage with tradition and culture so that LGBT people will be treated with dignity and respect?

We must first learn the tradition and learn its priorities. And we must come out.

Do you think there are enough LGBT role models in South Africa? Do you see yourself as one?

There are great ones, but they aren’t that many. I am trying to become one [Laughs]. We must come out.

When you’re not working and speaking out on your blog, what do you do to relax and have fun?

I’m a shameless Facebook whore! And I love my red wine. But I also do a lot of reading, mostly sermons on conservative Christian websites, which I use to shape my arguments concerning the Bible and homosexuality. The idea is to turn their arguments on their head without losing or distorting the elements of their world-view.

Are you involved with someone at the moment or in a relationship?

I’ve got an intense love affair going with that book manuscript on the Bible and human sexuality. Once I’ve succeeded with that project, I might start seeing an actual human person.