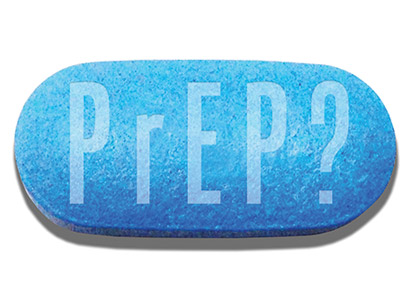 South Africa’s Medicines Control Council (MCC) has finally approved the use of HIV prevention medication. But what does that mean for you as a gay or bi man?

Best  known under the brand name of Truvada (there are generics also), the medicine is a combination of two antiretroviral drugs, usually used in combination with other medications to treat HIV positive people.

Taking this pill on a daily basis – a prevention method called PrEP (pre-exposure prophylaxis) – has been shown to be extremely effective in reducing HIV infection among HIV negative people.

PrEP was approved for use by the US Food and Drug Administration as far back as July 2012.

So, how effective is it?

Very. In September, a study of 600 gay men or men who have sex with men (MSM), who took the drug Truvada daily for almost three years, reported that none of them became infected with HIV during this period.

According to Dr Kevin Rebe, Specialist Medical Consultant at Anova’s Health4Men initiative, PrEP “is extremely effective and safe to use. It can reduce the risk of HIV by more than 90% in HIV negative people who use it correctly.”

Prof James McIntyre, CEO of Anova, added: “Not everyone will need or want PrEP, or require it forever, but it can provide almost complete protection against infection if taken consistently.”

Should I be taking it?

In July 2014, the World Health Organisation (WHO) urged gay men and MSM to take PrEP medication as an additional method of preventing HIV infection, alongside the use of condoms.

It said, however, that the recommendation did not necessarily apply to those men who are in a stable monogamous relationship, with both partners being HIV negative, and those who are at no risk.

In other words, if you are single and sexually active, or in a relationship in which either you or your partner have multiple partners, you may be a very good candidate to start taking PrEP.

Ben Brown, a Technical Advisor to Anova and co-lead for its PrEP implementation project (who’s himself been on the medication for about a year and a half), rejected linking its use with promiscuity.

“Some [HIV negative] people may also be in a relationship with an HIV positive partner, or others fear their partner could be cheating on them and want protection.

“It’s something I take with my vitamins. I know that if something were to happen, I would have a backup plan. It’s just being responsible,” Brown explained.

While some men who use PrEP have dropped condoms entirely from their sex life, it does not protect users from other sexually transmitted infections, which condoms can do.

What about side effects?

PrEP side effects are rare. The most common ones may include headaches, abdominal pain, decreased weight, nausea and diarrhoea, but these typically go away after a few weeks. If you start PrEP you will be checked by a medical provider first to make sure you are not susceptible to a very rare but serious side effect which affects your kidneys.

While some private doctors have already been prescribing PrEP medication in South Africa, it is not yet offered by government clinics. The latest development, however, paves the way for a possible public health sector roll-out.

“The real distinction now is official government acknowledgement that it is safe to use and that it can be part of HIV prevention in South Africa,” explained Brown.

The MCC approval will also put pressure on medical aids to start paying for PrEP treatment, which they don’t currently do.

Brown noted that PrEP can be as cheap as R260 a month for a generic option or around R500 a month for Truvada.

He revealed that Health4Men has funding to provide free PrEP to 150 men in its clinic in Cape Town (Johannesburg will launch in February or March).

If you’d like to go on PrEP, your GP is able to prescribe it for you, but many doctors may not yet be aware of it or may have misconceptions about its use.

A good option is to approach a knowledgeable gay-friendly GP, Health4Men clinics or the OUT clinic in Pretoria. Clinics are also listed on the We The Brave website.