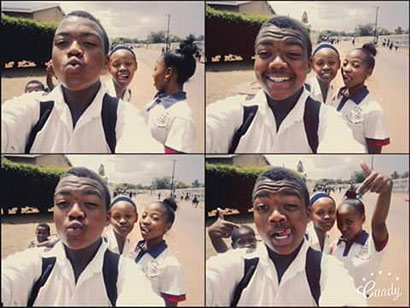 A 17-year-old LGBT school pupil, Lesley Makousa, has been murdered in Potchefstroom.

Makousa’s body was discovered by a passerby in an isolated area of the Promosa Township on Saturday.

It appeared that he had been strangled to death with a shoelace. Adding to the horrific scene, the body of an unborn baby was also found in a plastic bag near him.

Constable Trom from the Ikageng SAPS told Mambaonline that police believe that the foetus was unrelated to Makousa’s murder.

“There are two separate incidents. It’s just unfortunate that his body was dumped there or he was killed there,” she said.

The motive for the killing remains unknown and it is unclear if Makousa’s sexuality or gender identity played a role in his murder.

Trom said that there are no suspects at this point and that it does “not appear to be a hate crime for now”.

Tsotetsi said that hate-based crimes against LGBT people were unusual in the area and in Makousa’s community, calling Potchefstroom “an LGBTI hub”.

The most recent deadly LGBT attack in Potchefstroom was the November 2015 murder of music student Bobby Motlatla. He was stabbed 39 times in his flat. That killing remains unsolved.

A memorial service for Makousa will be held at the Promosa Secondary School on Thursday at 12pm.

If anyone has any information about his murder, please contact Constable Trom on 082 374 0271.

Bizarrely, the teen’s killing comes almost exactly two years after the murder of a lesbian woman, Gift Disebo Makau, in Ventersdorp, in the North West province, who was also strangled with a shoelace.

Her killer, Stoffel Pule Motlhokwane, was sentenced to life in prison for her rape, murder and robbery.