Once again betraying its constitutional obligations, the South African government is working with other African countries to block a major LGBTI rights victory at the United Nations.

It’s been revealed that South Africa has signed on to a letter and (by implication) a resolution that aim to suspend the recently established position of an Independent Expert on Protection against Violence and Discrimination Based on Sexual Orientation and Gender Identity.

In June, the country shocked the world when it abstained in the landmark vote at the UN Human Rights Council (UNHRC) to appoint the global LGBTI watchdog.

The vote was, however, successful and Thai international law professor Vitit Muntarbhorn was appointed to the position in September.

It now seems that he may never get the chance to do his work. South Africa, as part of the African Group of countries, is trying to scuttle the initiative by calling for the General Assembly to vote to undo the UNHRC’s resolution.

In the letter supported by South Africa, the countries write that they are “disturbed at the attempt to focus on certain persons on the grounds of their sexual interests and behaviours, while ignoring that intolerance and discrimination regrettably exist in various parts of the world, be it on the basis of colour, race, sex or religion, to mention only a few”.

They go on to say: “The adoption of the resolution 32/2 entitled ‘Protection against violence and discrimination based on sexual orientation and gender identity’ in June 2016 is a clear illustration of these attempts.

“The Group is therefore concerned that non-internationally agreed notions such as sexual orientation and gender identity are given attention, to the detriment of issues of paramount importance such as the right to development and the racism agenda.”

They furthermore insist that the “notions” of sexual orientation and gender identity “are not and should not be linked to existing international human rights instruments”.

South Africa is effectively arguing that countries should have the right as sovereign nations to oppress and persecute their LGBTI citizens without any international intervention; this from a country that was well served by global outrage, activism and political pressure in helping to end apartheid.

It is important to note, nevertheless, that the Independent Expert does not actually have the power to directly interfere in any country’s affairs but rather to assess, raise awareness and cooperatively work with nations to improve the plight of LGBTI people.

The African countries have also tabled a resolution calling for the deferral of the UNHRC resolution for “further discussion and consultations” and for the “suspension of the activities of the appointed Independent Expert pending the determination of this issue”.

The letter represents a hardening of South Africa’s approach to international LGBTI issues; from the abstention in June to now actively opposing the Independent Expert. 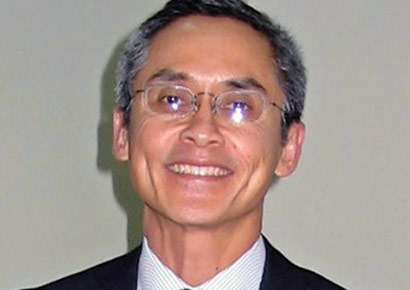 The resolution, which is expected to be voted on by the General Assembly on Monday or Tuesday, is being seen as unprecedented. It would, if passed, undermine the authority and role of the UNHRC.

In a scathing response to South Africa’s latest ill-considered move, the Canadian-based LGBTI rights organisation ARC International said that the country’s endorsement of the letter “betrays its anti apartheid history, its constitution and its own actions on the international stage supportive of LGBT rights…”

“We call on our comrades within South Africa to do all that they can to ensure that that on 7th November, 2016, their government does not betray its Constitutional commitments as well as the hopes and aspirations of millions of LGBT persons around the world,” Narrain said.