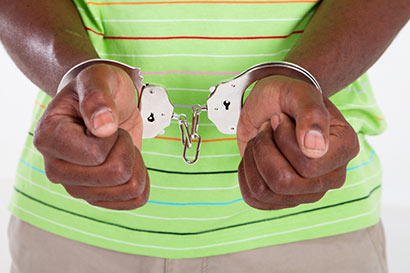 A court in Nigeria has issued an arrest warrant for a man who’s been accused of running a gay bar and could now face ten years in jail.

According to a report by the Daily Trust newspaper, the High Court in the town of Badagry, in the state of Lagos, ordered the “immediate arrest” of the 47-year-old man, identified as Schedrak Azuu.

It’s been alleged that Azuu is the owner of a private members-only gay bar in the area, called “Izu home for real men”, located along the Lagos-Badagry highway.

“It is believed that the bar owner organises men friends for those who are gay for a fee,” a source earlier alleged to Daily Trust.

Previous local press reports have indicated that Azuu and five others, including two staff members, were first arrested in February for operating the bar when a member of the public, Richard Okeke, lodged a complaint with the authorities.

The complaint led to a police raid on the bar and a search for the owner. Azuu was arrested and then released after being questioned but it appears that he then failed to appear in court as directed.

Gay sex is illegal in Nigeria, with penalties including 14 years imprisonment. Twelve northern states in Nigeria operate under Islamic Sharia law that allows homosexuality to be punished with death by stoning.

The Same-Sex Marriage (Prohibition) Act, enacted in 2014, outlaws any kind of same-sex relationship with 14 years’ imprisonment.  The law also punishes establishing, supporting, and participating in gay organisations, clubs and public displays of affection with 10 years in prison.

Human Rights Watch has reported that the law has led to an increase in extortion and violence against LGBT people and has also imposed restrictions on nongovernmental organisations providing essential services to LGBT people in Nigeria.