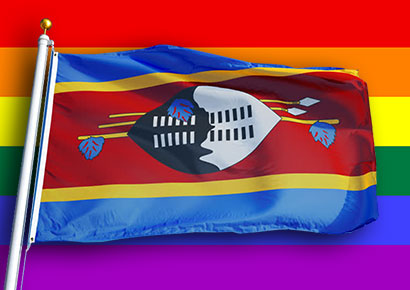 The kingdom of Swaziland has been asked to account for its lack of progress in protecting LGBTI people from legal and social discrimination.

According to the Swazi Media Commentary blog, the UN Human Rights Committee (UNHRC) has submitted a series of questions to the country ahead of a July review of its adherence to the International Covenant on Civil and Political Rights.

The UNHRC now wants to know what measures have been put in place “to protect persons from discrimination and violence based on sexual orientation and gender identity, including in housing and employment, and to promote tolerance”.

It further asks: “Please provide information on complaints regarding violence against lesbian, gay, bisexual, transgender and intersex persons and any investigations and prosecutions pursued, punishments imposed on offenders and reparations to victims.”

Swaziland is one of the world’s last remaining absolute monarchies. It has been consistently criticised for its poor human rights record. While arrests and prosecutions are rare, LGBTI people face widespread societal discrimination.

In a May 2016 report to the UN, LGBTI equality group Rock of Hope, said it operated under difficult circumstances.

It added: “There is no legislation recognising LGBTIs or protecting the right to a non-heterosexual orientation and gender identity and as a result LGBTI cannot be open about their orientation or gender identity for fear of rejection and discrimination.

“For example, the Marriage Act, only recognises a marriage or a union between a man and a woman. Because of the absence of a law allowing homosexuals to conclude neither marriage nor civil unions, same-sex partners cannot adopt children in Swaziland.”

In March 2015, Kaylo Glover, a 26-year-old lesbian woman from Nhlangano, Swaziland, was axed to death by a man, apparently because he was enraged by being in the presence of lesbians.