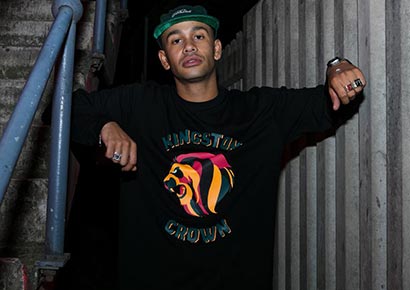 While many were excited to see some of their favourite artists booked to perform at the event, the LGBTQ community was not pleased with the inclusion of alleged transphobe, YoungstaCPT.

Some members of the community said the Cape Town hip-hop rapper should be removed from the line-up because he reportedly made a transphobic statement and mocked a trans woman at an event in Cape Town, in 2016.

Youngsta was transphobic to @Muzi_Z in 2016 at Jade in Cape Town after The Queen’s Plate Afterparty. Him and his friends took a video of Muzi laughing hysterically and asking “what is this.” https://t.co/HtvggOUD7v

@afropunk STAYS booking these hip hop male artists who are queerphobic. have you @afropunk checked and asked @YoungstaCpt what he’s views are on the lgbtqi+ community? has he made any positive contributions?

The trans woman who alleges she was verbally attacked by the artist is media personality and celebrity make-up artist, Muzi Zuma. Speaking to Mambaonline, Zuma said she was with her friend at an afterparty event when the friend bought it to her attention that YoungstaCPT was taking a video of her while laughing.

“I wasn’t aware of it, but my friend was very cognitive about the people around me, and he saw Youngsta taking a video of me. He then posted the video on social media asking. ‘What is this nonsense’,” Zuma claimed.

The clip has since been taken down on social media, but Muzi still recalls how the Cape Town artist was “laughing hysterically” at her in the video. Zuma said she never received any apology from Youngsta, but hopes that this could be a lesson for Afropunk. “They need to take this as a lesson and investigate the people they book. Afropunk is a safe space not only for LGBT people but also for every ‘alternative’ black kid,” she said.

Zuma hopes that the festival will consider removing the alleged transphobic artist, and start looking into inviting acts who will allow others to feel safe in these spaces. “This is a greater conversation than my attack. Anybody who is a celebrity should be more conscious and aware of what they say or do. There is a vast spectrum of people who are supporting them,” she said.

I haven’t received any apology from YoungstaCPT for his transphobic taunts, it would be sad indeed if @afropunk kept him on the line up, it would be upsetting as transphobia or any of this nature go against the culture of Afropunk.

The festival has always set out inclusive rules and regulations that should be abided by by all attendees at its events, including not being homophobic or transphobic.

Yey wena. Afropunk is not Fountains Valley. Here are the rules pic.twitter.com/7dmIpTr8yW

Mambaonline reached out to both Afropunk and YoungstaCPT for comment but had not received any comment by the time of publication.