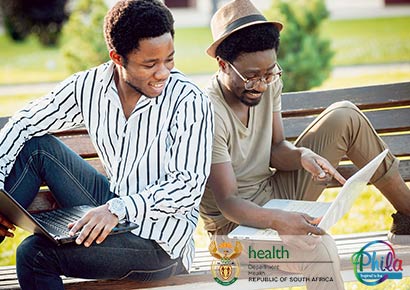 When it comes to gay and other men who have sex with men, HIV is the health concern that gets all the attention. But have you thought about tuberculosis (TB) and how it could affect you?

Despite TB being curable in almost all cases it remains one of the leading causes of death in South Africa.

It’s even more prevalent among people who are living with HIV (including those who might not know it), because your weakened immune system makes you vulnerable to TB.

Here are some facts about TB

• TB is a condition caused by a bacteria called Mycobacterium tuberculosis.

• TB is spread from one person to another through the air when a person with TB coughs, sneezes or spits.

• A person who is living with TB can infect 10 to 15 people through close contact.

• TB usually affects the lungs (pulmonary TB), but it can also affect any part of the body, including the kidneys, spine, or brain (Extra Pulmonary TB).

• Tobacco use greatly increases the risk of TB disease and death. More than 20% of TB cases worldwide are attributable to smoking.

• People living with HIV are 20 to 30 times more likely to develop TB than people without HIV. TB is the leading cause of death among HIV positive people.

• KwaZulu-Natal, together with the Eastern Cape, Gauteng, and the Western Cape, collectively carry more than 70% of South Africa’s TB burden.

• TB is curable and preventable in most cases. However, without proper treatment, up to two thirds of people suffering from TB will die.

• TB is treated with a standard 6-month course of four drugs that are provided with information, supervision and support by a health worker or trained volunteer.

The most common symptoms of Pulmonary TB (lung TB), include the following, among others:

What can you do?

• If you have any of the above symptoms, get screened and tested for TB. This service is provided by government clinics or hospitals free of charge.

• TB is curable even if you are HIV positive.

• The earlier TB is diagnosed the better the chances of cure.

• If you have TB, start treatment immediately and make sure you complete the 6 month course as prescribed. If you stop taking the medication, the bacteria becomes stronger and more difficult to treat. This is termed resistance.

• Get tested regularly for HIV (if you are sexually active, get tested every 3 to 6 months). Testing is quick and free in all public health facilities and in many places such as some pharmacies and NGOs.

• If you are HIV positive get onto treatment immediately and stick to it to keep the HIV under control. HIV treatment reduces the risk of TB disease in people with HIV.