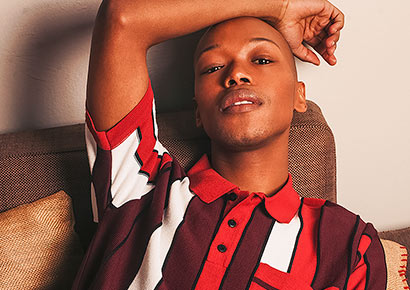 Nakhane is on a career high. He’s performing around the world (most recently Australia), hanging out with legends like Madonna and his album You Will Not Die is about to be released in the US.

The multi-talented queer star, who was born in the Eastern Cape and grew up in Port Elizabeth, first caught our attention with his debut album, Brave Confusion, which won Best Alternative Album at the 2014 Samas.

He went on to write a novel, 2015’s Piggy Boy’s Blues, and to star in the controversial Inxeba, a gay love story that sparked debate, death threats, protests and court cases last year. The film won numerous international awards, including best actor honours for Nakhane’s performance as a closeted factory worker.

Now, as You Will Not Die is rolled out around the world, everyone is taking notice. Last month, the New York Times named Nakhane one of 10 artists “our pop music critics will be keeping an eye on in 2019.” The influential Paper magazine also just included him on its list of “100 People Taking Over 2019.”

In the midst of all this, Nakhane has agreed to become an ambassador for the Me1st campaign; a project helping men who have sex with men (MSM) prioritise their health, especially with regard to HIV and other sexually transmitted infections. Nakhane spoke to MambaOnline about the campaign and why he decided to sign on.

Yes, it’s completely possible to stay grounded. I have people in my life who take the piss out of me all the time. Humour becomes important. You have to allow yourself to be laughed at, as long as one is not being humiliated. I’m so focused on the work and being the best that I can be in everything that I do that I can’t afford being up in the clouds. I have shit to do. Ego can be very distracting.

Then, we HAVE to ask: What was it like meeting Madonna?

We’ve been in each other’s company a lot of times now for me to feel star-struck. The first time we met, she invited me to her house for dinner.

Ok, we get it. It’s good to be discreet… Why did you agree to become a Me1st ambassador, especially at this point in your career?

It’s a cause that’s really close to my heart. Ask anyone who is in my life and they’ll tell you how I’m always sermonising: Test, test, test. This is something that’s always been on my radar. When I was a child, my mother was a counselor for people in disadvantaged areas who were HIV positive, and were not coping with it. I learned then the importance of safe sex and knowing one’s status. 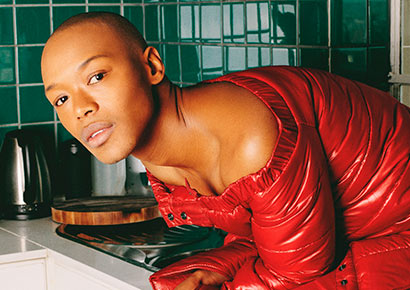 What is your own experience in dealing with HIV?

I have lost family members. So when I decided to take this on, I knew that it was going to be triggering. But me being triggered is less important than spreading the word about safe sex and testing.

Men who have sex with men who are not open about their sexuality are the hardest people to reach with HIV services. How do you feel that we can influence these men who are not out or don’t define themselves as gay?

I really believe that we have to be careful in always wanting to label people’s sexuality. Desire does not equal identity. The same way that we – people who identify as queer – do not want to be shamed for our desires; we should also extend that practice, and be understanding of people’s situations. What I care about is that those men are treated with respect and compassion, and that they do not feel like someone is wagging a finger at them. Turning the coin over, though, those men do need to be responsible and make sure that they are careful in their sexual practices. That’s my hope for this campaign.

Are we too hung up on labels? What is the value of having a gay or queer identity?

It is the sense of community that is important. Finding people who you share an identity with; that can be comforting when times are tough. South Arica – as much as we have a very liberal constitution – is still conservative. I have to personalise this: For me, when I found community – in real life, or in the arts – it helped me establish that I was not alone, that there was nothing wrong with me, and that I was not crazy. That’s what I needed. Some people don’t need or want that. Queerness for me sometimes equals freedom to question everything, and that means questioning the labels themselves and their importance. Living in a world where our existence is seen as something to be squashed, labels or community help us organise and give us strength to fight back.

We’re often linked to disease, especially HIV. Do you think that the fight against HIV has in some ways further pathologised and stigmatised gay/bi/queer/MSM sexuality?

I do think that things have gotten better since the 80s and 90s. Having said that, there is still a stigma. I still hear people who tell me that when they came out their parents cried because they were worried about them becoming HIV positive. So it’s obvious that there is work to be done is destigmatising not only HIV, but also queerness in general. I’ve always been a believer in discourse. Let’s talk about it. Everywhere. We need to tell all different kinds of stories, not only for variety and difference, but for normalisation as well. 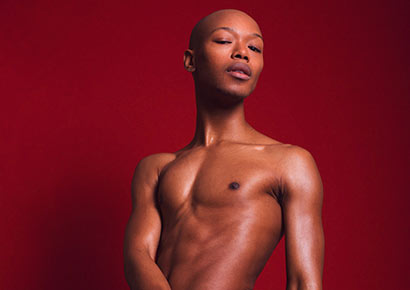 There’s been heightened debate around the issue of actors playing roles from marginalised or oppressed communities that they are not a part of. Where do you stand on this issue?

If there is a transgender actor for the role, why wouldn’t you give the role to them? Why are people so wilful in their sidelining of queer people? They want to tell our stories. They want to make a buck out of us. But they don’t want us. It’s all about gaining financially for these companies. They don’t want to actually deal with the real people whose stories they are telling, because then they would have to be challenged and do some work. Cisgender people/straight people already get more jobs. Now they want to own our stories too.

Actor Chris New (Weekend) recently said that being out has limited his career in that all opportunities offered to him now only center on his gay identity. Is that something that you’ve experienced?

I personally am not too worried about that. I’ve never really thought about it. I make what I want to make, and I work hard to make sure that it is good. What I do get tired of is being seen as someone who can speak for all queer people, and all black people, and all Africans. That is absurd. But I can imagine what Chris New is going through. As an actor you want to stretch yourself and be allowed to take different roles that are far from your own life. Production companies still think that gay actors can ONLY play gay characters. But the same isn’t thought about straight actors. Instead they’re applauded for playing gay characters.

Your music is very personal, so does it still surprise you that it connects deeply with other people; regardless of their background or where they live in the world?

Everyone’s work is personal, whether it’s autobiographical or not. Your work will always contain a part of you. So just because some of my work is autobiographical doesn’t necessarily make it anymore ‘special’. That’s the beauty of art. It doesn’t matter how specific it is, it still has the ability to transcend the maker and touch another person. 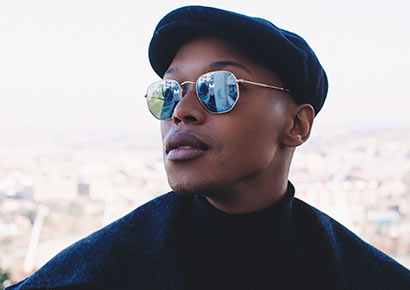 What can we expect from you this year? New work; movies, music, writing, touring?

God. I love my work. That means I’m always creating. I like to learn new things. I’m writing for my next album at the moment. But I’ve also been working on literature as well.

Oh god, I don’t know. I wish I had a neater answer for you, but I don’t. One person changed is very, very good. I can’t speak for an entire nation. Who can? What I can say, though, is that there were people who changed their minds about their prejudiced views. Now hopefully those people will become influential in their communities and change the minds of more people. Do I have hope? When it comes to this particular subject: Mostly, yes.

For more information about HIV and sexual health and to chat online, visit the Me1st website at me1st.co.za. You can also WhatsApp Me1st on 072 637 6212 for support, any time, 24/7. Look out for Me1st activations in Bloemfontein, Kimberly, East London and Durban.