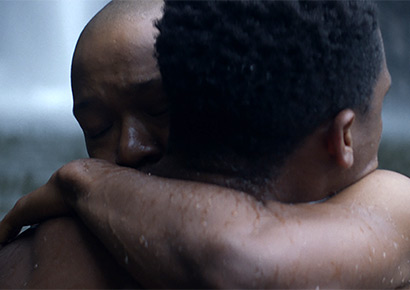 Despite this week’s ruling confirming that the acclaimed Inxeba should not have been classified as X-rated, cultural traditionalists say they will continue to try to have the film banned.

On Thursday, the Pretoria High Court handed down its final ruling on the Film and Publications Board Appeals Tribunal’s February decision to re-rate the film as X18.

Judge Joseph Raulinga said the tribunal’s decision, which effectively barred the gay love story from cinemas, was procedurally flawed – by not allowing the filmmakers to present their case – and should be set aside.

Inxeba’s producers saw it as a victory that “vindicates the position taken by the film team all along,” but this may be premature. The Man and Boy Foundation (MBF), one of the groups that had appealed the film’s original 16LS rating and staged protests against it, dismissed the decision as ‘procedural’ and said it actually supported their views.

They noted that while Judge Raulinga found in his ruling that the tribunal had acted unlawfully, he also agreed that the film’s content was “harmful and disturbing,” was degrading to Xhosa women, and impacted on the right to cultural dignity of Xhosa people.

“The judge agreed with us on… issues of substance and material,” said MBF Executive Director, Nkululeko Nxesi, in a statement.

“Any movie that has been produced must strike a balance between freedom of expression, human rights and cultural rights,” he argued. “The only thing that the judge found to be wrong was the procedure of the Appeals Board when they were classifying the movie. That is a non issue for us.”

Nxesi said the group will now “go back to [the] Film and Publications Board to apply for reclassification of the movie to be rated XX18.” He added defiantly: “This battle is not over”.

Inxeba’s producers have not responded to Mambaonline’s requests for comment on either the judge’s views nor on the MBF’s threat to apply to have the film once again banned from cinemas.

Inxeba is the story of Xolani, a lonely gay closeted Xhosa factory worker who joins the men of his community in the mountains of the Eastern Cape to initiate a group of teenage boys into manhood. In addition to winning around 19 international film awards, in March, the film scooped six South African Film and Television Awards (SAFTAS), including Best Feature Film.